On July 9, the new ceasefire brokered by the US and Russia kicked off in southwest Syria. The agreement was signed by Jordan, Russia and the US. It came as a result of months-long preliminary talks between the parties and was announced after presidents Donald Trump and Vladimir Putin met in Germany on the sidelines of the G-20 summit.

One of the most important aspects of this agreement was that it was concluded separately from the Astana talks, which Russia has been promoting as the most successful and useful track of negotiations.

The recent round of negotiations in Astana which took place just before the G-20 summit on July 4-5 did not produce any result. Russia, Turkey and Iran, the three sponsors of the Astana talks, did not sign a single agreement defining the parameters of the four de-escalation zones that were proposed in May.

This naturally raises a question about the necessity and efficiency of such a format if it has not been able to produce an agreement and lay the ground for its successful implementation since its launch in December 2016.

On July 13, just five days into the new ceasefire in southwest Syria, President Trump mentioned that another agreement is under discussion. During the news conference with French President Emmanuel Macron in Paris, Trump said: “We are working on the second ceasefire in a very rough part of Syria … If we get that and a few more, all of a sudden we are going to have no bullets being fired in Syria.”

If Putin continues to deal with Trump bilaterally on Syria, pushing forward more ceasefires, this could put Moscow at risk and would create problems with Iran.

The July 7 agreement on the ceasefire in southwest Syria basically formalised a new de-escalation zone which was not a part of the May deal in Astana. This zone includes areas around Qunaitra, Deraa and Suwaida.

In recent months Jordan, Israel and the US repeatedly voiced their fears about the growing presence of the Iranian/pro-Iranian forces close to Jordan’s and Israel’s border with Syria. The US has also been apprehensive about their advance eastward towards the area around al-Tanf, on the Syrian-Iraqi border, where it is training Syrian rebel forces. Neither side has said if al-Tanf is part of the deal, but it is possible that it could be included in the ceasefire currently being negotiated between Russia and the US.

If the ceasefire in the southwest proves successful, Russia will have to choose whether to gradually drop the Astana track and replace it with a different one or to include Washington and Amman as full members.

Basically, by signing a new ceasefire deal with the US and Jordan Russia sidelined Iran, effectively stripping it from having a say in Syria’s south.

However, this agreement doesn’t guarantee Iran’s compliance with it. To have this and future ceasefire agreements successfully implemented and observed, Russia has to find a way to control the Syrian regime and Iran (along with its proxies). If the former is more likely to listen to Moscow, the latter might be deaf to such requests.

With Iran’s multilayered presence in Syria and its huge investments in the Syrian state over the past six years, it is highly doubtful that the Kremlin could actually make Tehran comply with a ceasefire agreement which Iran is not a party to.

Iran could decide to act as a spoiler to the agreement between Russia and the US and provoke an escalation in the ceasefire zone. Moscow would be then perceived as unable to control Tehran and its carefully constructed image as a kingmaker in Syria would be destroyed.

Russia could offer Iran a bigger role in the central and eastern part of Syria, in Homs, Damascus, and Deir Az Zor in exchange for accepting US and Jordanian influence in the south. Iran wants to secure ground access from Iran via Iraq and Syria to Lebanon which makes it focus more on the central part of Syria and its borders with Iraq and Lebanon.

The Syrian government and Iranian forces have already blocked the US-backed groups operating around al-Tanf which gives them an upper hand in the east. Eventually, the most likely scenario is that Syrian and Iranian-backed forces will capture the town al-Bukamal which will give them control of the Syrian-Iraqi border crossing and of a road linking Damascus to Baghdad.

What will become of the Astana talks?

Moscow’s decision to reach an agreement on a new ceasefire and de-escalation zone outside the Astana format is discrediting it. This would especially be the case if the US also gets involved in de-escalation zones and ceasefire deals in northern Syria, where Turkish interests lie.

The question is, then, can the Astana format in its current form deliver any solid results on the ground, which the US would not be party to?

If the ceasefire in the southwest proves successful, Russia will have to choose whether to gradually drop the Astana track and replace it with a different one or to include Washington and Amman as full members.

Both options would be difficult for Russia to implement. On one hand, Moscow invested a lot of political capital in the Astana talks and needs to demonstrate its effectiveness to both a domestic and international audience. On the other, the incorporation of the US and Jordan as full members in the Astana talks will most certainly cause objections from Iran, which is likely to feel outweighed, and from Turkey, which is not ready to compromise on the Kurdish issue.

The next round of Astana talks is scheduled for the end of August. Russia has at least five weeks to decide what to do with the format and see whether the ceasefire deal in southwest Syria is working. However, Russia’s problem with Iran is unlikely to be resolved any time soon.

Alexey Khlebnikov is a MENA expert at the Russian International Affairs Council. He holds an MA in global public policy and Middle Eastern studies. He was a Muskie fellow at the University of Minnesota Hubert Humphrey School of Public Affairs (2012-2014) and a research fellow at Johns Hopkins SAIS in 2013. 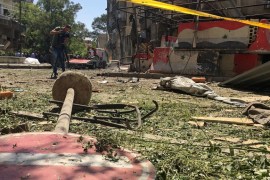 Syrian state media said that two mortar shells were fired at the Russian embassy in Damascus but reported no injuries. 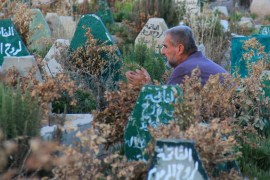