Having looked back through my research notes from the early 2000s, I am not surprised by the conviction this week of former Brazilian President Luis Ignacio Lula da Silva for corruption.

This is not a statement about the long-running, concerted efforts of Brazil’s right-wing elites to squash a upstart union leader. Rather, reviewing my notes brought a sad recognition that the underlying realities of Brazil’s complex political economy almost compel anyone with national political ambitions to sidle up to the trough of corruption.

In Lula’s case the warning signs were clear at least as far back as October 6, 2002, the day of first-round voting in the election that would bring him to power as the Workers’ Party (Partido dos Trabalhadores, PT) candidate. A short interview during the election night coverage offered the clue.

In keeping with the television network’s anti-PT editorial line, the news anchor was aghast that Lula might actually win the ballot. The anchor expected similar shock from his next guest, a senior official from the Sao Paulo Federation of Industrial Enterprises, FIESP.  Much to the anchor’s surprise the FIESP man calmly said he was not worried and, in a line that stuck with me, noted that “Lula is a good negotiator” and that businesses would have no trouble working with him.

Subsequent scholarly and journalistic works seeking to explain how Lula won the presidency on his fourth attempt focused on his move to a pragmatic centre. Particular emphasis was put on Lula’s business-friendly language and explicit recognition that market economics was not antithetical to the poverty eradication that became the hallmark of his eight years in office.

What these studies failed to fully acknowledge was the extent to which Lula’s inner coterie chose to play Brazil’s established political game. Collectively we missed the clearest of signs when militant factions of the PT in Congress began to criticise the policies and actions of their president, ultimately resulting in several being expelled from the party. As the first Lula government corruption scandal broke – the 2005 Mensalao affair that saw cash payments made for congressional support of the government’s agenda – the PT split and the hardline leftists formed the rival Socialism and Liberty Party (Partido Socialismo e Liberdade, PSOL).

The scandal is that Lula's personal and political trajectory suggests it is impossible for anyone in Brazil, no matter how well-meaning, to get elected to public office and govern from that office without actively playing the corruption game.

The problem with Brazilian politics that was made abundantly clear in 2005 was corruption. While this was not a surprise to anyone, I am not certain the depth of this embedded democratic failure was consciously appreciated. A discussion I had with a Sao Paulo business leader last May about another scandal engulfing current president Michel Temer offered a key insight. His complaint was not really about the need to offer side payments to government officials and politicians. Instead, he was dismayed by the sheer greed of the current crop of decision-makers.

As he explained, during Brazil’s industrial surge in the 1950s it was not at all unusual for a company’s government relations manager to arrange for delivery of a television set or refrigerator to strategically positioned officials. The cost was small – nowhere near 3 percent of a billion-dollar contract – and really more about showing appreciation than anything else. What seemed to pass him by was how this bred a business culture predicated on buying contracts, not winning them through competitive tenders.

In a recent column for the newspaper Folha de Sao Paulo, Matias Spektor points out that these habits were already afflicting public works management in the early 1970s. Recently released US classified documents discuss how a leading official of the Emílio Garrastazu Medici military government sought bribes in 1972 from US businessmen looking to win contracts in Brazil (PDF). In other words, there is a long-standing tradition of direct illicit payments by Brazilian firms to politicians and policy-makers in return for public contracts and access to financing from state-run banks.

That these scandals appear to revolve almost entirely around the country’s highly successful and proficient construction companies should be no surprise. Nearly all of these firms trace their growth from small mom-and-pop operations to massive civil engineering conglomerates back to the mother of all public works projects: the 1950s building of the capital city, Brasilia, quite literally in the middle of nowhere. Habits form, expectations develop, the questionable becomes routinised and commonplace to the point where Brazil’s biggest company creates a “Division of Structured Operations” to manage its bribe payment schedule.

So it is hardly surprising that Lula, a president who presided over possibly the richest half-decade in Brazilian history, has been convicted of corruption. But this is not really the scandal.

The scandal is that Lula’s personal and political trajectory suggests it is impossible for anyone in Brazil, no matter how well-meaning, to get elected to public office and govern from that office without actively playing the corruption game. Dilma Rousseff, it appears, refused and was impeached for it by a bevy of Congressmen busy lining their pockets. The tragedy of Lula is not just that a good man was brought down so low, but that there seems such scant chance that the system which forced him to kneel at the trough of corruption is likely to meaningfully change any time soon.

Sean W Burges is a Senior Lecturer in International Relations at the Australian National University and a Visiting Scholar at Carleton University. He is author of the books Brazil in the World: The International Relations of a South American Giant (2017) and Brazilian Foreign Policy After the Cold War (2009) as well as more than 30 scholarly articles and book chapters on Latin American politics and inter-American affairs. 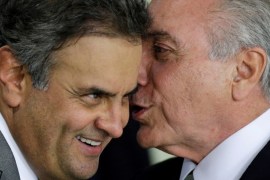 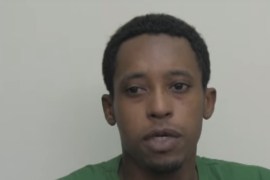