On June 11, 2017, the Israeli Prime Minister Benjamin Netanyahu called for the dismantling of the UN agency that aids millions of Palestinian refugees, accusing it of stoking anti-Israeli sentiments and perpetuating the Palestinian refugee problem.

Netanyahu, after a meeting with the US ambassador to the UN, Nikki Haley, in Jerusalem, said, “It is time the UNRWA be dismantled and merged with the United Nations High Commissioner for Refugees”.

The United Nations Relief and Works Agency for Palestine Refugees in the Near East (UNRWA) was established by the UN General Assembly in 1949 after hundreds of thousands of Palestinians fled or were expelled from their homes in the war that followed Israel’s creation.

Since its establishment, the UNRWA has provided education, healthcare, and social services to those meeting its definition of “Palestine refugees”.

Returning to the homeland

Netanyahu wants to dismantle the UNRWA because the agency allows Palestinian refugee men to transmit their refugee status from one generation to another. This transmission of refugee status keeps the right of return for Palestinian refugees alive – it ensures that their hopes for returning to their ancestral homeland do not perish with the death of the original 1948 refugees.

If Israel had accepted the right of return that was accorded to Palestinian refugees in UN General Assembly Resolution 194 of 1948, the Palestinian refugee problem would not exist today and their descendants, who have inherited their parents’ refugee status, would instead have inherited the citizenship accorded to their parents in historic Palestine.

UNHCR does not insist on repatriation

Unlike the UNRWA, the UN High Commissioner for Refugees (UNHCR) has a specific mandate to aid refugees by eliminating their refugee status through the medium of local integration in the host country, resettlement in a third country or repatriation when possible. Netanyahu wants 1948 Palestine refugees to fall under the scope of the UNHCR because it does not insist on repatriation.

The UNRWA should continue to exist until a just and fair solution for the Palestinian refugee problem materialises.

If the UNRWA is dismantled and merged with the UNHCR, Palestinian refugees scattered all over the Middle East will effectively lose all hope of returning to their homeland. Since the possibility of repatriation is effectively being blocked by Israel, the UNHCR will either integrate them in host countries or resettle them in a third country.

Furthermore, if the UNRWA is dismantled, Palestinian refugees registered with the agency will no longer be excluded from the scope of the 1951 Convention Relating to the Status of Refugees and Stateless Persons, which calls upon contracting states to facilitate the assimilation and naturalisation of refugees.

This exclusion clause was added to the convention by Arab states who wanted to make sure that the principle of naturalisation within the 1951 Convention did not affect the right of return for Palestinian refugees. But if the UNRWA is dismantled, Palestinian refugees will automatically lose their exclusive status.

Waiting for a just and fair solution

If the UNRWA merges with the UNHCR, Palestinian refugees and their descendants will either be integrated or resettled and as a result will no longer be recognised as refugees and lose all hope for repatriation. This is what Netanyahu wants – ending the Palestinian refugee problem by dissolving their refugee status and alongside their right to return to their homeland.

The UNRWA should continue to exist until a just and fair solution for the Palestinian refugee problem materialises. When members of the UN General Assembly are voting on UNRWA’s mandate, we hope that they will remember the words of the UN Security Council Mediator, Folke Bernadotte, who in 1948 noted that “No settlement can be just and complete … if these innocent victims of the conflict were denied the right to return to their homes.” 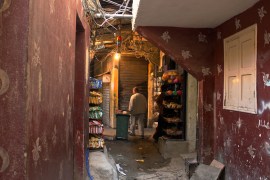