The scale, scope and causes of the Gulf crisis have been perplexing even for keen observers of the region’s political scene. The architects of the blockade against Qatar are conducting a large-scale campaign of public diplomacy, tailoring different messages to different audiences in order to legitimise their moves and frame as acceptable what is really absurd.

While charges of Qatar having purported links with radical Islamist movements are meant to appeal to Western audiences, the accusations that Qatar has secret and intricate links with Iran is aimed at appealing to the Sunni Arab audience given its growing dislike of Iran thanks to the role it plays in Syria, Iraq, Yemen and Lebanon. Then, after Iran and Turkey offered their support for Qatar, it appears that this time the same bloc has aimed at stirring up Arab nationalist sentiment against Qatar. The UAE’s Minister of State for Foreign Affairs Anwar bin Mohammad Gargash has accused Qatar of seeking the backing of two non-Arab states in the region. Fearmongering has been on full display during this recent campaign.

But in order to understand what is really going on in the Gulf right now, one has to look beyond official statements, posturing and threats.

Certainly, the main protagonists of this move, Mohammed bin Zayed Al Nahyan and Mohammed bin Salman Al Saud, have sought personal aggrandisement and benefit from this crisis. Mohammed bin Salman tried to make up for his youthfulness, erratic behaviour, bad-temper and inexperience by adopting an image of a man who is a committed foe to both Iran and political Islam. In this way, he seeks to endear himself to the Western, and particularly American, political establishment and gain advantage over his more statesman-like cousin and rival, Crown Prince Mohammed bin Nayef Al Saud, on the question of succession.

For the likes of Mohammed bin Salman and Mohammed bin Zayed, the revolutionary spirit of the Arab uprisings and political Islam represent an existential threat because they could challenge their personal power projects.

Although the recent crisis has its roots in the Arab Spring era, it is only the latest iteration of a region-wide struggle to shape the post-Arab Spring regional order. In fact, the composition of the anti-Qatari bloc reflects the post-Arab Spring reality and political realignment in the region. At its core, this move aims at setting up a new regional order, mostly along the lines of the post-Cold War authoritarian status quo protected by the US security umbrella.

The trouble with this camp is that they fail to advance a coherent vision for a regional order and a more benign form of state-society relations enjoying legitimacy and sustainability. Its elitist authoritarian regional order was rejected by the forces of the Arab Spring and the political psychology that this process unleashed. The Arab uprisings also rejected the personalisation of power and the way succession was handled within this regional order: either by transfer of power from aging autocrat to his son or by a military coup.

Pursuing this line of reactionary politics, Saudi Arabia and the UAE went as far as accusing other countries of supporting terrorism. The main accusation against Qatar is that it supports the Muslim Brotherhood, a mainstream political Islamist organisation which isn’t on any Western terror list. In fact, it was not even on the terror list of the UAE or Saudi Arabia until 2014 and is still part of the legal political establishment in Kuwait.

The fact that neither Saudi Arabia nor UAE realised that the Muslim Brotherhood, which was founded in 1928, was a terrorist organisation until the aftermath of the Egyptian coup speaks for the real motives behind this move. They have waged a war on the Muslim Brotherhood because it became a real political factor and alternative to the decaying monarchical and autocratic regimes, despite all the group’s shortcomings, short-sightedness and blunders.

In short, for the likes of Mohammed bin Salman and Mohammed bin Zayed, the revolutionary spirit of the Arab uprisings and political Islam represent an existential threat because they could challenge their personal power projects.

The UAE-Saudi alliance is shaky

On top of this, once the common denominator of resisting change is taken out, the interests of Saudi Arabia and the UAE are not easily reconcilable. In fact, authoritarian collusion is not a sustainable form of alliance structure that can re-establish a broken regional order.

The positions of Saudi Arabia and the UAE on the Yemeni crisis, for example, are diametrically opposed to each other. They support different factions and different solutions for the Yemeni crisis. While the UAE is a staunch supporter of the former governor of Aden Aidarous al-Zubaidi and police commissioner of Aden Shallal Shaye and envisions the partition of Yemen, the Saudi regime has thrown its support behind Yemeni President Abd-Rabbu Mansour Hadi’s government and is opposed to the idea of the partition of Yemen.

OPINION: A Gulf crisis – How did we get here?

Even the much-hyped Iranian factor is not the significant unifying factor that the protagonists of this latest blockade would like to portray. The emphasis on Iran is primarily designed to serve as a legitimacy-enhancing factor for this move.

Its protagonists believe this will also go down well with the Trump administration, which is gradually transitioning from an ISIL-first to an Iran-first strategy in the region. If Iran were the real reason, one would then anticipate that Saudi Arabia would first make a similar move against Oman, a country that has such extensive, deep and open ties with Iran. Or one might even expect Saudi Arabia to ask its close ally the UAE to block Iran’s attempt to evade Western sanctions by using Dubai as one of its major hubs for trade.

According to The Financial Tribune, Iran’s main English-language economic newspaper, during the last financial year ending March 20, 2017, the UAE was Iran’s second-largest export destination after China, accounting for 17 percent of Iranian exports – a significant increase from the year before.

It remains to be seen how long the UAE-Saudi alliance can survive for, but one thing is for sure: The escalation and blockade they plotted will not resolve their legitimacy issues. 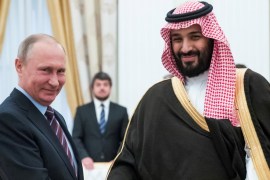 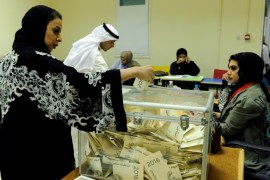