This article is part of Al Jazeera’s Journalism Matters project. As part of this series, we asked two Azeri journalists with opposing views on the state of the media in their country to share their perspectives. The other article, by journalist Azer Hasret, can be read here.

It takes a network to expose the multibillion-dollar schemes of criminal networks.

This is the idea behind the establishment of multinational journalism consortiums in which reporters from different countries work together to investigate criminal networks that are stealing, laundering public money, smuggling drugs, and trafficking humans.

The only response to the investigations was arrest and harassment of journalists.

The Organized Crime and Corruption Reporting Project (OCCRP), of which I am a member, asked for my involvement in one of these projects in 2012.

In the aftermath of the Arab Spring, the money trail tied to former Egypt president Hosni Mubarak and his aides was being hunted worldwide.

The OCCRP had special expertise in the field. When Mubarak was still president, Romanian and Egyptian journalists had teamed up for an OCCRP investigation which revealed Swiss lawyers, representing children of Mubarak’s close aide Hussein Salem, were behind a shell company incorporated in Panama.

After the uprising, when Mubarak’s team started cashing in its wealth and hiding it, the company’s ownership mysteriously changed and two people from Azerbaijan appeared in the documents.

My task was to find out who they were and if there was a link between Salem and the Azerbaijani owners of the company. The link was there.

A well-documented investigation was published, leading to arrests and the exposure of millions of dollars stolen from Egyptians.

Oddly enough, after I had written about a dozen investigations on Azerbaijani corrupt officials, the Egypt story was almost the only success story that I could cite to my students as one that has had impact. With the release of Mubarak from prison, I doubt if I can still cite the story as a success.

OPINION: The dangers of online criticism in Azerbaijan

We journalists in Azerbaijan are not as lucky as journalists from countries with established checks-and-balances systems.

Imagine a democracy where an investigation reveals that the president ordered a minister of environment to choose the president’s daughter’s company to exploit six gold mines, while holding a 70 percent share in a consortium.

Or a story on a Swedish company that had to pay the president’s family to get shares in a mobile telecoms company.

Or a presidential assistant closing foreign radio channels and banning foreign soap operas so his son’s media business will grow thanks to state funding for local soap operas and will get the frequency licence used by the BBC before it was banned.

Or state-funded transportation projects which benefit only the transport minister’s family?

Or holding mega events such as Eurovision 2012, the 2015 European Games and the 2017 Islamic Solidarity Games at the public’s expense, enabling the families of the president and top ministers to earn more money on public contracts.

None of these would go unpunished in democracies. This was not the case in Azerbaijan. No criminal investigation, no refunding, no change in the system. The only response to the investigations was the arrest and harassment of journalists.

‘Investigative journalists in the US face a challenge’

Now, the illusion that established democracies have perfect checks-and-balances systems has been destroyed by what is happening in the United States.

When another investigative network was established to help American journalists expose a link between President Donald Trump and corrupt Azerbaijani officials, I asked a fellow reporter whether there was a law that bans the US president from owning a business.

He said there actually is no clearly defined law. When he saw my shocked reaction, he said that until now we didn’t have to deal with conflict of business interest issues related to American presidents.

Now, investigative journalists in the United States face a challenge – to watchdog their thin-skinned president, whose behaviour every day draws parallels with authoritarian leaders like those in Azerbaijan, Russia or Middle Eastern countries.

Criminals support each other. Authoritarian, corrupt leaders vote for each other in international organisations, to help each other avoid criticism, because they have shared interests.

In countries like Azerbaijan, an investigative journalist cannot find an outlet to publish work, because no independent media is left in the country.

When Turkish President Recep Tayyip Erdogan all but declared war on the followers of self-exiled preacher Turkish Fethullah Gulen, the Azerbaijani station ANS TV was shut down for sending a correspondent to a Gulen news conference in the United States. Not for airing an interview or a news conference – just for being there. For its part, the regulatory council, as it accused ANS of “propaganda against the Turkish state”, said the channel had “interviewed” Gulen.

When Azerbaijan president Ilham Aliyev was mocked on Turkish TV for appointing his wife as a vice president, the TV correspondent lost his job. An Azerbaijani opposition group that started beaming a satellite TV programme into the country could not find a place on Turksat, owing to a gentlemen’s agreement between two governments.

The same happened to Radio Free Europe (RFE) Azerbaijani language broadcast on Turksat, after the station dared to investigate the president’s family business in Azerbaijan.

Journalist Rauf Mirkadirov, who was critical of the Azerbaijani government and Russian policy in the region, was handed over by Turkish police to Azerbaijani security services and spent more than two years in solitary confinement over fake charges.

Dictators help each other to silence their critics, and investigative journalism, even with all its networks, is too weak to face these challenges.

In countries such as Azerbaijan, an investigative journalist cannot find an outlet to publish their work, because no independent media is left in the country.

The only option is to work for international outlets, thus facing a risk of being accused of treason, or being charged with illegal entrepreneurship for working for foreign media without accreditation from the foreign ministry, which is my case.

Investigative journalists worldwide face challenges not only from criminal networks of drug smugglers and human traffickers, but also from governments who sometimes work hand-in-hand with these criminal networks, or whose own corruption and mismanagement create a rich environment for criminals

Nevertheless, we keep exposing corruption because it is the right thing to do. It’s a never-ending job. But don’t despair about the lack of immediate impact. Continuing to tell the truth is already a win, given the circumstances …

Khadija Ismayilova is an investigative journalist based in Azerbaijan. 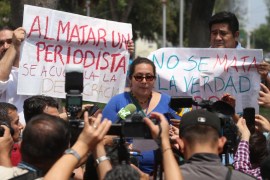 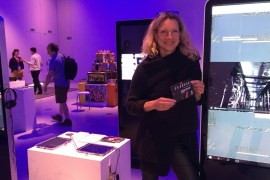 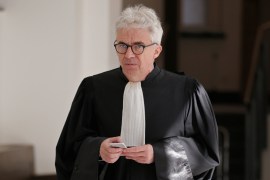