Over the next few days, US government agencies with the task of reviewing and assessing the next phase of the military mission in Afghanistan will submit a set of recommendations drafted by the military brass to President Donald Trump, in which they are expected to call for a mini-boost in the US train, advice and assist operation under way since 2015.

Odds are that the tactical proposal to expand the American military’s footprint in Afghanistan will be approved before the next NATO Summit to be held in Brussels at the end of May.

Under the banner of the NATO-led operation dubbed “Resolute Support”, it is also expected that other members of the alliance will follow suit and contribute to the multinational contingent to bolster the current presence.

This tactical adjustment, if approved, is meant to break what the American commander in the region calls “a stalemate”, as Taliban Islamist militants continue to put pressure on government forces, resulting in loss of territory and record numbers of casualties on all sides, especially among civilians.

Unlike the previous adjustments made under the Obama administration in 2015-16, this new approach is not time-bound, and promises to give more latitude to commanders on the ground to call the shots.

That is all good given the overall deteriorating security situation, but other questions arise: what is the strategy when the stalemate is fractured? Can the next stage – a hurting stalemate – be reached given the current configurations? What other non-kinetic factors are needed to assure a Taliban reversal followed by authoritative talks and a possible political settlement acceptable to all sides?

Given the complex multidimensional nature of the Afghan conflict, the military component will face serious challenges if it is not complemented by renewed vigour and serious effort through hardened regional diplomacy aimed at creating synergy for peace, as well as new measures to heal growing internal political rifts within the Afghan political structure, and address governance and reform shortcomings.

The forthcoming decision will be critical to the success of the mission at a very sensitive time. American/NATO planners will need to take four factors into consideration: shifting geopolitical dynamics, as seen with renewed engagement by Russia, Pakistan, Iran, China and India; producing sustainable results on the ground in terms of denying terrorists territory and infrastructure; turning the tide against the Taliban and their regional backers; and assuring Afghan political stability through strengthened inclusivity, systemic reforms and a much-needed economic recovery to stem loss of jobs and a youth exodus.

A changed country in a state of flux

More than 15 years of international engagement, with an estimated cost of close to $1 trillion, has changed Afghanistan – not always for the better. Efforts to paint a rosy and hopeful picture are short-lived as security, loss of livelihoods and political fragility continue to haunt the war-torn nation.

The Taliban are seen as the biggest obstacle to achieving lasting peace and prosperity. Their raison d’etre has changed from being a neo-madrasa-produced Islamist movement wanting to impose their non-traditional draconian rule over the country in the 1990s, to becoming an opportunistic and fractured militant outfit, partly run by a collection of conglomerate-style bosses at the top, and manned by dissatisfied and/or wronged fighters in the lower ranks.

The Taliban’s continued reliance on Pakistani sanctuaries and strategic advice has irreversibly hurt their image with most Afghans. On the other hand, the government’s inability to strengthen political trust, and improve governance and accountability, is hampering the reform agenda. Lately, intra-government tensions, the presidential palace’s cliquish and monopolising intrigues, and petty rivalries have given rise to ethnic tensions, and the erosion of public confidence. If not checked, this trend could become politically untenable.

Many Afghans believe that Pakistan’s role in Afganistan’s conflict should be checked. Their decades-long argument that India and Afghanistan are colluding, or the claim that Pakistan has diminished leverage over the Taliban, have few buyers outside Pakistan.

Not only is Afghanistan the weakest link in regional realignments currently under way, but it is in danger of, once again, becoming a new Cold War battleground.

The Iranians, driven by rivalry with Saudi Arabia and fear of the Islamic State of Iraq and Levant (ISIL, also known as ISIS) encroachment, prefer to avoid escalation on their eastern border. They, alongside with the Russians, are accused of back-channel talks with the Taliban, who are seen by Moscow and Tehran as a possible counterweight to ISIL threats.

Although the Russian Foreign Minister Sergey Lavrov this week denied providing arms to the Taliban, American generals see the Russians as a new complicating factor and detractors of US efforts in Afghanistan.

Meanwhile, China, eager to build land and sea economic corridors through regional investments, remains concerned about the rise of Cold War rhetoric between Russia and the US.

Not only is Afghanistan the weakest link in regional realignments currently under way, but it is in danger of, once again, becoming a new Cold War battleground. To avoid such a dire scenario from taking shape, there is a need for heightened diplomatic efforts aimed at agreeing on threats and targets that need to be prioritised. All sides – at least nominally – agree that the spread of ISIL-like cells in the region is detrimental to their interests. This could form the basis for their engagement.

Next, the question of the Taliban and its future role – if any – inside an expanded Afghan political structure should be addressed. So far it is the extreme wing of the Taliban leadership that has balked at engaging in talks. Their immediate aim is either state collapse or domination of the political outcome. The result is the stalemate that is haemorrhaging Afghanistan. It is imperative that the bleeding be brought under control, and the momentum shift in the opposite direction before progress is made on the political front.

Meanwhile, renewed efforts are needed to safely engage and nurture the vulnerable and softer wing of the Taliban through a carrot-and-stick approach using trusted intermediaries. The Taliban is a fractured organisation in which supporters of peace are under pressure from those who are mostly beholden to a non-Afghan and Jihadi vision.

Need for a more robust engagement

As the newly formulated American decision demonstrates, the Afghan conflict is about to enter a new phase. There are domestic fault lines such as terrorism, corruption and injustice that feed the ranks on all sides. The emergence of ISIL-type cells, continued presence of traditional terror groups such as al-Qaeda, drug and smuggling mafias, and shifting geo-political alignments, raise fears that the Afghan cauldron could cause spillovers.

In this context, the US mini-boost is a better, and much-needed, short-term option compared with maintaining the status quo or a premature disengagement. It will boost morale and help Afghan forces to gain tactical advantage.

However, there is a need to follow up this mini-boost with a more robust strategic rethink on the geo-political and diplomatic fronts outside Afghanistan, and on improving political and governance conditions inside the country, if the new commitment is to have a constructive and lasting effect.

Omar Samad is a former Afghan Ambassador to France and Canada, and is a former adviser to Afghanistan’s Chief Executive. He is currently CEO of Silkroad Consulting LLC, and a member of the Board of the Afghan-American Research and Advocacy Center, Virginia/USA. 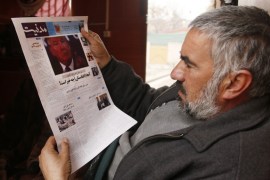 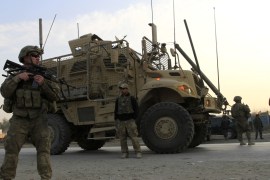