On Tuesday, April 4, thousands of people took to the streets of Budapest to protest against yet another authoritarian measure of the Hungarian government. The protest followed another one of similar scope which took place on Sunday.

The second demonstration was called almost immediately after a swift debate in Parliament on the modification of the law regulating higher education. The cabinet led by Prime Minister Viktor Orban pushed through a proposal which on the surface looks like it is to reform the regulation of international private universities working in Hungary.

But the political intentions behind it did not escape the attention of the media, and the public declarations made by several senior members of the governing Fidesz Party, including the PM himself, just confirmed the suspicions: The government is mounting an attack on Hungary’s most prestigious university, the Central European University (CEU).

The institution, founded by the business magnate George Soros 25 years ago, has fared very well in most of the certified international higher education rankings. Over the years it has given home to thousands of Hungarian and foreign students, coming predominantly from Central and Eastern Europe, Central Asia and the Middle East, and has integrated well into Hungarian academic life.

By waging a war on Brussels, NGOs, refugees, etc, Orban is putting up the appearance that he is leading a strong nation state which is fighting threats one of the other.

The government’s claims against the university are a great example of media spin from the post-truth age. Government spokespeople emphasised that they had found certain irregularities in CEU’s activities – a statement that was quickly denied by the country’s Educational Authority itself. Later the government started claiming that CEU was in violation of the law.

However, the only law it is allegedly violating is, in fact, the recent legislative proposal which is not yet in effect. Prime Minister Orban declared on public radio that he found it “unfair” to Hungarian universities that CEU was issuing diplomas accredited both in Hungary and the United States.

CEU’s management, on the other hand, is saying that the proposed law is a targeted measure which constitutes a clear discrimination against the institution. CEU is claiming that once passed by parliament, the amendment would make its future operation impossible.

The bill is linking the operation of foreign universities to a bilateral agreement between Hungary and the state which the university originates from. Furthermore, it requires that foreign universities undertake educational activities in their country of origin as well, not only Hungary. Both measures would incapacitate CEU as we know it today.

Beside the two demonstrations, the attack on CEU has given rise to a global wave of solidarity – tens of thousands of academics, intellectuals, alumni and politicians have issued declarations in support of the university. The US State Department has also issued a communique in which it calls upon the Hungarian government to reconsider the adoption of the bill.

Since its overwhelming electoral victory in 2010, Fidesz has stripped lawmaking of any constitutional guarantees and made it into the mere expression of executive will. It this way, the cabinet has “legalised” large-scale political corruption, and the attack on independent NGOs and press organisations. After the attack on human rights NGOs in 2014, the government is now targeting not only CEU but other organisations related to the Open Society Foundation, an independent NGO fund also connected to George Soros. There is now another proposed law which would force Hungarian NGOs getting international financial aid to register as “foreign agents”, just like in Russia, Turkey and Israel.

Looking for an enemy

Orban’s “lawfare” has one purpose: to further solidify his own rule. It is unclear whether what motivates him is the threat that independent institutions pose to the total monopolisation of power, or the possibility of presenting his electorate with yet another “foreign enemy” threatening the country.

Plagued by acute social problems, large-scale poverty, material insecurity of large portions of society, a decaying educational system and health services, the persistent invention of foreign enemies threatening the sovereignty of Hungary is practically the only measure that can maintain Orban’s power. That and the many antidemocratic restrictions that were introduced into parliamentary procedure, electoral law, and so on.

The generalised material insecurity is not only an issue that might threaten Orban’s rule, but it is also something that helps Fidesz propaganda. Twenty-seven years since the transition to democracy, many Hungarians still do not feel the benefits of democracy and EU integration.

While globalisation made political and economic processes more obscure, many legitimately feel that the strengthening of the nation state can bring control over politics and the economy back in the hands of the people. By waging a war on Brussels, NGOs, refugees, etc, Orban is putting up the appearance that he is leading a strong nation state which is fighting one or another of these threats.

However, the strengthening of national sovereignty means only the strengthening of Orban and his business clientele, while it leaves the rest of the country vulnerable to poor wages and punitive workfare programmes. Beside his cronies – or “national bourgeoisie” in Fidesz parlance – multinational corporations are also given extensive tax breaks and rollbacks on labour rights.

According to recent opinion polls, the large majority of people would prefer a different party in power after the 2018 elections. But elections are won at the ballot box and not in opinion polls, and so far Fidesz has a considerable lead over its opponents.

Its core constituency is repeatedly mobilised by the ongoing “freedom struggle” – like the one against CEU – while the majority of Hungarians are being actively demobilised by various political and social measures taken by the government. The crackdown on free media has left most of the countryside without independent news sources, while the different political machinations have rendered the opposition fragmented and impotent, unable to be a credible alternative to the government.

The fate of the CEU might now be in the hands of the Constitutional Court, which despite leaning strongly towards the government, will have plenty of reasons to annul the law. In rare occasions the court has already annulled some governmental decisions and if international pressure continues to grow, the government might be tempted to use the court to withdraw the measure without losing political face. However it may be, the CEU case is yet another reminder that the Hungarian government is heading down on a dark path from which there might be no return.

Szilard Pap is an independent Hungarian journalist and blogger. He blogs at Kettos Merce. 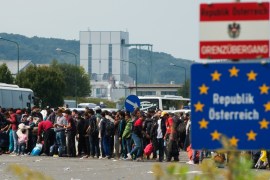 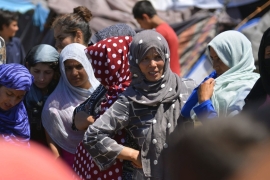