US Vice President Mike Pence has confirmed, with some reluctance, that an Obama-era deal to resettle refugees who are currently detained by Australia in the United States will still go ahead. He did so on a visit to Australia last week, when he also reinforced the military friendship of the US and Australia, particularly against any nuclear threat from North Korea.

Pence’s hesitation about the refugee deal was a milder expression of the Trump administration’s feelings on the subject. Pence noted that the confirmation “doesn’t mean we admire the agreement”. Back in January the US president referred to the deal, struck between the US and Australia under the Obama administration, as “dumb”, and vowed to kill it off after the “worst call by far” with Australian prime minister and leader of the Liberal-National Coalition government Malcolm Turnbull (or “Trumble“, according to White House Press Secretary Sean Spicer).

The resettlement arrangement concerns the 1,250 refugees who are currently imprisoned in offshore processing camps on Manus Island in Papua New Guinea, and on the island nation of Nauru.

The refugees, hailing from zones of danger in the Middle East, Asia, and Africa, have been stuck in these camps for over four years now. Despair and depression are endemic. There is extensive documentation of child abuse, sexual assault, and torture. People have been killed. People have been beaten. Human rights authorities have repeatedly condemned conditions in the camps and the policy which justifies them, i.e. the mandatory indefinite detention of people who arrive at Australia by boat and request asylum.

Operations conducted by the Australian Department of Immigration and its contractors are shrouded in secrecy and lies, and the Australian Minister for Immigration, Peter Dutton, regularly rejects the veracity of reports from refugees themselves.

This week, Behrouz Boochani, a Kurdish journalist and refugee detained on Manus Island, reported that on April 14:

“drunk [Papua New Guinea] soldiers had a serious argument with refugees who had been using the soccer field. During the incident that followed, the drunk soldiers shot about 100 times. Bullets hit the refugees’ rooms and tents, and some refugees were injured by rocks that were thrown at them by local people.”

On April 16, refugees detained in the Manus Island camp issued an S.O.S., which reads:

“We people who have been detained on Manus Island for about 4 years against our will, are requesting to be moved to some safe place. We’ve been under military attack by machine guns and also locals a couple times in which once Reza Berati was murdered in 2014. We don’t feel safe here and are very worried about our safety in the Center. Everyone is terrified due to current attack by PNG Defence Forces by Machine guns. Our lives is in Danger, please remove us to some place safe.”

Considering the deadly risks they face in the island camps, the refugees detained by Australia no doubt have to hope that Pence’s announcement means they will find some safety and personal restoration in the US.

At the same time, the deal is an impressive deferral of human responsibility on the part of both sides of Australian politics.

Indeed, despite considerable divergences between the Trump/Pence policy platform on both sides, not to mention a strong dislike of the Trump administration among constituent Australians, leaders from the government and opposition parties welcomed Vice President Pence to Australia with open arms.

This happened because it suits both sides of Australian politics to have the refugees “taken” by another nation. Pence’s assurance allows the Australian government and opposition to escape responsibility for their international obligations to provide protection to refugees. And no doubt, in return, Pence and Trump can expect unquestioning military support for the current and any coming escalation of US wars.

Australia’s political leaders can also continue to dodge any consequences for the systematic human rights abuse of Australian immigration detention, in which both sides are implicated. The policy of mandatory indefinite detention for boat arrivals was introduced by the Labor party (currently in opposition) in 1992; the “Pacific Solution” that led to the establishment of the detention centres on Nauru and Manus Island was implemented when Kevin Rudd was prime minister in 2013.

There’s plenty of doubt as to the substance of the deal beyond the words of Pence, Turnbull/Trumble, and Dutton. We don’t know how long it will be before any resettlement occurs. We don’t know what will happen to people who do not meet the United States’ avowed “strict vetting” criteria for resettlement. We don’t know how many people the “strict vetting” is likely to take in, and we don’t know what restrictions will be placed on resettled refugees in a country that is currently enacting policy against Muslim refugees, sanctuary cities for migrants, and foreign aid to many parts of the world that make refugees.

With Pence’s announcement, Australia’s government and opposition politicians have dodged responsibility for their own bullets this time. But while the policy of mandatory immigration detention remains in place in Australia, there will be other human rights scandals for Australian governments to manage in the future. The policy, particularly the maintenance of the island prison camps, costs billions of taxpayer dollars, and detention contractors, such as Broadspectrum (formerly Transfield) and Wilson Security, registering increasing corporate risk in running the centres as partners of the Department of Immigration.

As Pence has made it clear that support to dodge human rights obligations won’t be coming from the US again – how will Australia sustain its cruel and costly stance on refugees going forward?

Dr Ann Deslandes is an Australian freelance writer and researcher, currently based in Mexico City. You can read her other work here.

Foreigners will now have to undergo an ‘Australian values’ test and take a stricter exam for English competency. 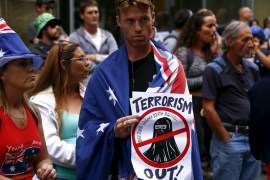 The Australian government’s flirtation with Israel extends to a selective and dangerous approach to international law. 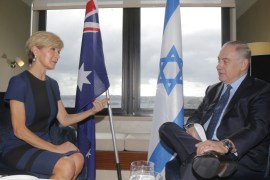 How colonialism shapes immigration policy in the US and Australia

The irony of Australia’s constitutional crisis