On Sunday morning, Maldivians woke up to the shocking news of the brutal killing of the 29-year-old prominent blogger, Yameen Rasheed.

Over four years ago, in October 2012, Maldivians were similarly shocked by the brutal murder of a prominent reformist religious scholar and member of parliament, Afrasheem Ali. Both Rasheed and Ali died after multiple stabbings, under the staircase of the respective buildings they lived in the Maldives’ capital, Male.

Since August 2014, Rasheed’s best friend, and another prominent blogger and journalist, Ahmed Rilwan, has been missing and is believed to be abducted.

We don’t know who the perpetrators of the killings of Rasheed and Ali or the abduction of Rilwan are, as the authorities have so far failed to find them.

These discourses are related to the country’s political context, and thrive on the failure of its non-religious politics, as well as its fragmented religious landscape.

Rasheed, Rilwan and Ali were all very vocal on religious issues.

Ali was, of course, a mature religious scholar. He was a reformist in his views about religion, supported greater gender equality and celebrated popular culture, including the Maldivian music tradition.

Bloggers Rasheed and Rilwan, on the other hand, represented a variety of new ideological trends that have affected the younger generations of Maldivians.

Today, some young people in the Maldives prefer Muslim rationalist Mu’tazilites and the Sufism of Rumi. They cherish the Maldives’ deep Buddhist history and Islamic heritage, culture, literature, and poetry. Overall, they are influenced by scientific rationalism and humanist philosophies.

However, some of them are also influenced by the scientism of New Atheism and secularist ideas. They, therefore, sometimes advocate relegating religion to the private sphere. But they do not come in ideological straightjackets. Being very young, quite naturally, they do not have fixed positions on these perennial questions.

INTERACTIVE: Maldives – a timeline to corruption

Rasheed and Rilwan represented this new generation. They did not have absolutist beliefs, but both of them were uncompromising in their advocacy for human rights. They have also been extremely vocal against violent extremism, takfiri ideologies and ultra-conservative ideas.

Both Rasheed and Rilwan used their satire and writings against political corruption, authoritarian politics, violent extremism, and Salafi puritanism in the Maldives.

In doing this, they, no doubt, offended many religious people and politicians alike.

Rasheed's brutal murder shows that a new type of violence has thrived on the failed non-religious politics and the deeply fragmented religious landscape in the Maldives.

A few years before the Arab Spring, in 2008, the Maldives experienced its own democratic awakening by ending a 30-year authoritarian rule. In light of this development, the influential think-tank, Freedom House, cleared the Maldives as an “electoral democracy” for the first time.

However, in February 2012, the country’s first democratically elected president, Mohamed Nasheed, was forced to resign two years before completing his term and the Maldives started experiencing a pattern of de-democratisation largely attributable to non-religious factors.

This pattern of de-democratisation was not caused by a clash between electoral democracy and the Islam practised by most ordinary Maldivians. Indeed, most Maldivians seem to be solidly in favour of democracy.

Religious discourse, of course, played a role in the political mobilisations led and funded by political leaders against Nasheed’s government. However, political, economic and governance related challenges that led to the demise of the Maldives’ young democracy were mostly rooted in the undemocratic political culture of its elite.

A new despotism is now in place in the Maldives, and the country has seen a sharp deterioration of human rights. And it’s a much uglier form of authoritarianism: one that employs the formal institutions and other trappings of democracy, but is fully corrupt and criminal at the core.

In their corruption and criminality, politicians have normalised a discourse supportive of extreme political violence and have partnered with violent gangs to protect their interests.

Both Rasheed and Rilwan were among the most vocal against this new despotism, its corruption, and human rights violations. They were both masters of irony and satire. Young Rasheed’s satirical blog is testament to his wit. These blogs are enormously popular.

As a result, it is possible that actors sponsoring this discourse of political – not religious – violence were behind their killing and abduction. Maybe these actors wanted to silence their voices of opposition.

But there is also another possibility.

Social media activists like Rasheed and Rilwan and reformist or moderate religious scholars like Ali are perceived to be a serious threat by another – and relatively new – set of actors in the Maldives: Religious extremists.

Recently, modernisation-related developments in the country have led people to increasingly question and discuss religion and its role in society.

This led to a deep fragmentation of religious discourses, despite the official insistence on the existence of a uniform Islamic identity. And since the country’s political liberalisation in the mid-2000’s, extremist groups have spectacularly risen to social prominence.

Over the past few years, some of these groups have contributed to the emergence of a discourse of religion-based violence. Some of these groups openly support violent forms of jihad, although they differ in identifying particular cases that qualify for jihad. We may call this “decontextualised violence”. More specifically, some of them have takfiri ideology and have thrown accusations of blasphemy, apostasy, and heresy at the likes of Rasheed and Rilwan.

A quick scan of the social media accounts of some popular figureheads from these groups after Rasheed’s murder showed that they considered him an apostate.

These discursive interventions encourage religion-based violence. Individuals from these groups have partly contributed to the flow of fighters from the Maldives to Syria.

These extremist groups – just like corrupt politicians – have also formed alliances with radical gangs. There has indeed been a phenomenon of what Olivier Roy has called “Islamisation of radicals”. Several of these “Islamised radicals” have gone to Syria to fight. And as these gangs also have or had interdependent relations with powerful politicians, they seem to enjoy impunity within the Maldives.

If it is members of these Male-based gangs who were behind the killings of Rasheed and Ali and the abduction of Rilwan, the victims may never get justice, unless, perhaps, if there is appropriate international pressure to investigate these crimes.

And that would still be the case whether the gang members committed these atrocities for political or religious reasons.

Either way, Rasheed’s brutal murder shows that a new type of violence has thrived on the failed non-religious politics and the deeply fragmented religious landscape in the Maldives.

Azim Zahir is a PhD candidate at the University of Western Australia. He is also a research assistant at UWA’s Centre for Muslim States and Societies, and an associate at Sydney Democracy Network, University of Sydney. His research focuses on Islam, secularism and democratisation. 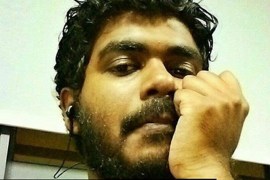 Prominent blogger Yameen Rasheed died after he was found at his Male apartment with multiple stab wounds. 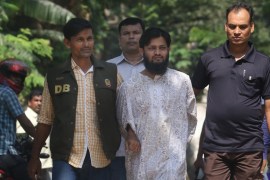 The Maldives: The rise and fall of a Muslim democracy