The United States and North Korea are hurling threats at one another. In Japan, the sale of bomb shelters is booming. And in South Korea, a country that has seen this all before and is typically nonplussed about a test or two, citizens are feeling a bit anxious.

Could war really break out on the Korean Peninsula? Could a conventional war lead to the first use of nuclear weapons since 1945? Is this actually for real?

Well, there is some good news and some bad news. But it has to be said, the good news isn’t that great and the bad news is potentially horrific.

First, the good news. On average, big, ugly wars between major countries don’t happen very often. On any given day, the chance of a major war, let alone a war involving nuclear weapons, is exceedingly small. On the Korean Peninsula, that probability is reinforced by the fact that none of the key players wants a war. North Korea doesn’t want a war, because it knows it will lose and lose decisively. That would mean the end of the Kim dynasty, and if there’s one thing Chairman Kim Jong-un wants, it’s to stay in power.

Most South Koreans are similarly allergic to the idea of a large-scale conflict. Yes, North Korea would lose, but along the way, a sizeable chunk of Seoul, the South Korean capital and its most important economic centre, would be devastated by North Korean artillery. Even if the conflict ended without the North getting a conventional/nuclear/chemical shot off, it would still be ruinous. The South would face a human tidal wave of refugees, economic dislocation, and an anxious, defensive China worried about its border. And that’s if it went “well”.

China doesn’t want a war – not on its border, not with nuclear weapons in play, not when its number one vital interest is political stability and sufficient economic growth to keep a poor and potentially restive population focused on dreams of a middle-class life. Japan?

There is nothing in it for Tokyo, except possibly stirring up anti-Japanese feelings that have persisted since the end of World War II. And the last thing Mr Donald Trump needs is a war, not with tens of thousands of US troops in South Korea and Japan. His presidency would be over before it had barely started.

Unfortunately, wars can break out even when none of the parties wants a war. Leaders may be rational, yes even Kim Jong-un, but that doesn’t mean they are perfect. They can miscalculate the likely response of an adversary; they can misread the situation; they can find themselves backed into a corner where the only “rational” choice is to fight.

If I were Mr Kim and I knew my enemies can take out what I have early in a conflict, I would have an itchy trigger finger.

Those inadvertent or accidental wars are also rare, even less likely than wars fought on purpose, but they can happen. And the Korean Peninsula happens to be a place where many of the conditions for such a conflict are already present. Poor lines of communication and little understanding of the adversary’s intentions? Check. Lots of bluster and bluffing by the parties? Double check. Military doctrines and force postures that can push small incidents up the ladder to a major confrontation? Again, check.

North Korea is the most isolated, least understood country in the world. The US repeatedly misread Soviet intentions during the Cold War, despite an enormous effort that lasted for decades, and my conversations with government officials in Washington, Seoul, Beijing, and Tokyo give me no reason to believe that we are doing any better with North Korea.

Of course, the North Koreans could tell the US what they want. They could communicate their red lines, but the US has no formal diplomatic relations with the North Koreans and rarely talks to them. And if the North Koreans told Washington where those red lines are, would it believe them? How are we to distinguish the over-the-top threats from the serious warnings?

And unfortunately, the new US administration has its own issues in this regard. Between late-night tweets, contradictory statements by the highest officials in the US government, and threats that are clearly bluffs, how should Pyongyang interpret US “signals”? Will the Kim clan be able to discern when the Trump is serious and when he is posturing? China can act as a go-between, but one has to wonder what gets lost in translation, especially when Beijing has its own interests and the Chinese-North Korean relationship (never great to begin with) further erodes in response to Chinese pressure.

Less well-understood but perhaps more important are doctrines and force postures. The North is outgunned, and they know it. South Korean and US forces are far more capable and have worked assiduously to be able to hit every military asset in North Korea. If you are an American or South Korean, that sounds like a good thing, until you realise how that looks from Pyongyang.

If I were Mr Kim and I knew my enemies can take out what I have early in a conflict, I would have an itchy trigger finger. Let’s say there is an incident or a murky report of an incident. Is it nothing or is it the beginning of a much-discussed decapitation strike? If he thinks it is the latter, Mr Kim may conclude he’d better go big and go fast. He will, as they say, have to “use them or lose them”.

Or what if Kim waits, fights a conventional war and then inevitably begins to lose. Popping a nuclear weapon off to stave off regime collapse will be a powerful temptation. Perhaps he will think that by just using one nuclear weapon in a limited way, he can force the US and South Korea to halt their advance or perhaps force a Chinese intervention that would freeze the situation in place. But maybe the Americans and South Koreans don’t get the message. Maybe they think they’d better escalate in response.

So yes, it is possible that no government wants a war, but that they chose war, even nuclear war, because it is the “rational” option under extreme circumstances.

The good news is that this is unlikely. The bad news is that it is possible, and the result will be far worse than anyone can possibly imagine. 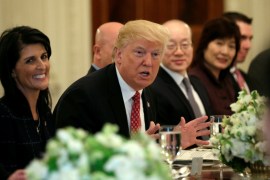 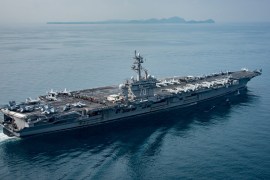