In the past few months the Iraqi army, backed by the US military, has intensified its efforts to recapture Mosul from the Islamic State of Syria and the Levant (ISIL).  Given the urban context, civilians are paying an extremely heavy price. Indeed, as many as 200 civilians died in mid-March following a US air strike on Mosul al-Jadida neighbourhood. Rescue teams were digging out bodies from the debris for days in what residents described as a “hellish onslaught” and Iraqi officials referred to as the worst US-instigated civilian toll in Iraq since 2003.

In the wake of the Mosul massacre, the military began an investigation into what went wrong. In a press conference, Defence Secretary Jim Mattis claimed that the “enemy hides behind women and children”, intimating that ISIL (also known as ISIS) deploys civilians as human shields – an egregious crime according to international law. What Mattis ultimately meant, however, was that the US and Iraqi militaries abide by the laws of war, while ISIL is actually the one to blame for the high civilian death toll in Mosul.

This accusation has become a common refrain in many contexts of contemporary urban warfare where the mere proximity of civilians to the fighting effectively transforms them into human shields. It has served as the justification for the murder of civilians when the joint Russian-Syrian regime bombed hospitals in Aleppo as well as in the Saudi-led coalition bombings in Yemen, while Israel has invoked the same argument time and again, both in its war in Lebanon and, more prominently, in the last two wars in Gaza.

Given that warfare is increasingly taking place in urban spaces, more and more civilians living in besieged cities are being framed as shields in order to justify high civilian casualties. Indeed, when men, women and children decide to stay in their homes during the fray they can easily be converted into human shields and, as a consequence, can lose some of the protections bestowed upon civilians by international law.

In order to make sense of how and why human shields clauses are being invoked so widely by a range of different actors, we need to understand the intertwined history of colonialism and international law.

In the past, when colonial militaries killed the indigenous population, they did so with impunity, since the colonised were considered outside international law’s sphere of application.

First, the coalition framed them as human shields who were being exploited by ISIL. Next, the coalition dropped leaflets asking these same residents to remain in their homes. Finally, the coalition bombed the area where it dropped the leaflets.

Following decolonisation, the category of civilian and the distinction between civilians and combatants were extended to the ex-colonised, who were then guaranteed protection under the laws of war. Thus, for the first time in modern history the killing of civilians in Africa, the Middle East and in other previously colonised regions was considered a crime according to international law.

Accordingly, within our current postcolonial era international law applies to all civilians, even as most fighting takes place in civilian spaces often located in the ex-colonies. It is precisely within this context that we must situate the emergence of the legal phrase human shields, since it, in effect, helps transform civilians into legitimate targets – often along racial lines.

During the 2014 Gaza war, for instance, Israel maintained that it took all necessary precautions to reduce Palestinian civilian casualties. Israeli military and legal experts claimed that since the Israeli army dropped leaflets and used other warning methods in order to allow civilians time to leave, those who remained were either belligerents or human shields and therefore the use of lethal violence in the area did not violate the laws of war. Indeed, according to Israel, Hamas was to blame for the civilian deaths because it forced the Palestinian population to stay in their homes and fired rockets from civilian areas.

The evisceration of the civilian

The events unfolding in Mosul, however, are even more complex than those that took place in Gaza and other urban settings. While it is true that the same refrain – ISIL is using human shields – has been invoked not only by the US and Iraqi militaries but also by such actors as the United Nations in an effort to legitimise the latest causalities, the recent massacre signifies a new and extremely troubling development.

According to Amnesty International’s senior crisis response adviser Donatella Rovera “Iraqi authorities repeatedly advised civilians to remain at home instead of fleeing the area” targeted by the coalition, thus clearly indicating “that coalition forces should have known that these strikes were likely to result in a significant numbers of civilian casualties.”

Consequently, Mosul’s residents were left with no choice, and their fate was determined in advance. First, the coalition framed them as human shields who were being exploited by ISIL. Next, the coalition dropped leaflets asking these same residents to remain in their homes. Finally, the coalition bombed the area where it dropped the leaflets.

This toxic mix of framing hundreds of thousands of people living in the areas controlled by ISIL as human shields and then warning them not to leave their homes before bombing the area, constitutes a further acceleration in the evisceration of the civilian and the loss of protections bestowed upon this legal figure by the laws of war. Indeed, a prominent characteristic of the “war against the new barbarians” is the transformation of civilians into people who can be killed legally, like the colonial subjects of old. 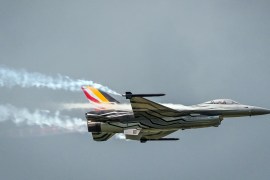 Investigation under way by Belgian prosecutors over two ‘incidents’ in west Mosul where dozens of civilians were killed. 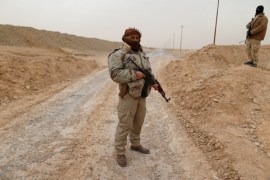