On Sunday, 58 million people in Turkey voted in a referendum that will change the way the country is governed.

According to official results, supporters of the constitutional changes that seek to extend the powers of Turkey’s presidential office have won the historic vote with 51.3 percent to 48.7 percent. On Monday, President Recep Tayyip Erdogan, who had long been campaigning for a “Yes” vote, declared his victory in a passionate speech in Ankara.

But as much as this referendum will shape Turkey’s domestic politics in the years to come, it will also have a significant effect on its foreign relations, as well. So what can we expect from Ankara’s post-referendum foreign policies?

Over the past year, Turkey’s relations with the European Union have gradually worsened. The ongoing crisis in relations is a side effect of the Turkish government’s tendency to use foreign policy as an instrument for success in domestic politics.

In his post-referendum speech, Erdogan mentioned that the “Yes” campaign won the referendum in spite of facing attacks from “the crusader mentality” in the West, and “the servants of this mentality within Turkey” – making it clear that he is not reluctant to use the escalation with the EU to garner domestic support for his policies in the future.

In his speech in Ankara on Monday, Erdogan once again said that Turkey will consider reinstating the death penalty – even though he knows that this move can potentially end the EU membership negotiations for good.

Under these circumstances, it is logical to expect Turkey to continue following an aggressive foreign policy towards its European NATO allies.

The crisis between the EU and Turkey has been limited to rhetoric up to this point, but after the referendum, we can expect deeper – legal and institutional – clashes between the two.

Following the referendum result, Turkey will work towards transforming its relationship with the EU, which was fully institutionalised as a result of Turkey’s decades long EU candidacy, into a transactional one.

Turkey will stay in the European Customs Union for the foreseeable future and the trade between the two parties will continue, but their relationship will be limited to “business”.

The crisis between the EU and Turkey will not affect NATO, at least for now, because the United States finally made it clear that it is not ready to discard this alliance just yet.

What’s next for Turkey in the Middle East?

Prior to the referendum, projections for the future of Turkey’s position in the Middle East were negative for the most part.

In Syria, Turkey is stuck between Russia and the US. It failed to form a strong alliance with the new US administration and convince Donald Trump to support Turkey’s interests in the region. Also, the much-celebrated reconciliation between Turkey and Russia did not live up to Ankara’s expectations. Moscow did not alter its strategy in Syria to accommodate Turkey’s interests.

Both the US and Russia are still supporting PKK-affiliated Kurdish groups in the fight against the Islamic State of Iraq and the Levant (ISIL, also known as ISIS) in Syria, even though Turkey emphasised – time and time again – that it considers this issue to be a red line.

In Iraq, Turkey is also facing problems due to the confrontation between the Kurdistan Regional Government, a Turkish ally, and the Turkmen groups that have been under Turkish protection.

READ MORE: Analysis – What’s next for Turkey in Syria?

Now the question is whether the result of the referendum is going to help Turkey get out of this foreign policy quagmire.

The US, as usual, is sending mixed messages about Turkey’s constitutional referendum. President Donald Trump congratulated Erdogan on his referendum victory in a phone call, but his press secretary, Sean Spicer, said the US will not be commenting on the referendum result “until an international commission publishes its report on the referendum process in the next 10 to 12 days”.

The contradiction between Trump and Spicer’s statements about Turkey’s referendum result can be viewed as another indication of the lack of strategy plaguing the US administration at the moment. For now, in my opinion, Trump is eager to empower Erdogan and legitimise his new mandate, while the US establishment is sceptical and cautious about the changes taking place in Turkey. We don’t know which side is going to be dominant in the end. So we still do not know what is in the cards for Turkey’s relations with the US and whether the referendum result is going to have an impact on the US’ view of Turkey.

On the other hand, it is possible that the referendum result is going to help strengthen Turkey’s relations with Russia. Putin and Erdogan may form some sort of a “strongman brotherhood” and create a unified front against Western criticisms regarding their domestic and foreign policies.

Also, Trump’s decision to bomb the Shayrat military base in Syria in reaction to the chemical attack in the town of Khan Sheikhoun – and his recent about-face regarding Bashar al-Assad‘s future in Syria – undoubtedly got Russia worried and may push Moscow to seek a stronger relationship with Turkey in the region.

While it would be too optimistic to expect this referendum to end diplomatic scuffles between the two countries regarding Syria, it is possible to say that Putin is going to be more interested in having a stronger relationship with Ankara.

On Monday, Erdogan signalled that Turkey may soon embark on a new cross-border operation by saying that the Euphrates Shield is not going to be Turkey’s final operation in the region. The president did not give a timeframe or a location for the upcoming operation.

The public support for the Euphrates Shield Operation, which was launched in northern Syria on August 26, did not fall below 75 percent until the end of the operation last month. This means that the majority of the Turkish public would support another cross-border operation – especially if it is against the PKK or a PKK-affiliated Kurdish militia.

It is highly likely that Erdogan is planning another military operation given the domestic success of Euphrates Shield to rally up support for his domestic politics.

The area west of the Euphrates river is now under Russian control and Russia is not likely to allow Turkey to move in freely – even if these two countries decide to develop closer relations following the referendum result.

Thea area east of the Euphrates river, on the other hand, is under control of the US. At the moment, the US is preparing for the upcoming Raqqa operation and it is unlikely to allow Turkey to come in and disturb the balance in this area.

So the reality on the ground dictates that if Turkey is going to embark on a new cross-border operation in the near future, its target is going to be Iraq.

Iraq’s Sinjar has an outstanding strategic importance and Turkey would love to take control over it. But a potential operation by Turkey targeting this region – which acts as a natural bridge between Iraq and Syria – would give it the opportunity to be influential in both the Raqqa and Mosul operations. The US wants to be in control of the outcome of both of these operations, so it is highly unlikely that it would give Erdogan its blessing for such an incursion.

But there is another area in Iraq where Turkey can operate without upsetting neither the US nor Russia: PKK-dominated areas in northern Iraq, like Metina, Avasin-Basyan and Hakurk near the Turkish border. If Turkey can quickly solve its problems with the Kurdish regional leader Massoud Barzani regarding Kirkuk, it can make an incursion in to northern Iraq strictly against PKK targets in the coming month.

But whether or not Turkey decides to embark on a new cross-border operation, we can be certain that it will continue to be an active player in the region in the post-referendum period. 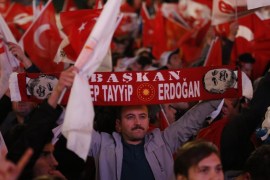 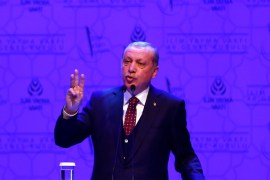