This year’s Tana High-Level Forum on Security in Africa, which will take place on April 22 and 23, will focus on natural resources governance in Africa. Africa’s rich natural resource endowment has long been at the heart of both the continent’s many violent conflicts and its hopes for prosperity, so the stakes are high.

The resources ranging from farmland and forests to the oil reserves, mineral deposits and its waters have been the subject of endless research, fierce debates, brutal conflicts, novels, and movies.

The Tana Forum is an annual high-level meeting at the Tana lakeside in Ethiopia that brings together current and former heads of states, senior government and inter-governmental officials, diplomats, academics, the private sector, and independent groups for an open dialogue to explore African-led solutions to the complex security challenges on the continent.

Devoting this year’s session to natural resources governance was a good choice. After all, the African Charter on Human and Peoples’ Rights notes that “All peoples shall freely dispose of their wealth and natural resources”. While the issues are complex, if participants focus their attention on reaching concrete recommendations on key pressing priorities, we could see Africa’s resources being developed in a way that would lead to progress on human rights instead of serious violations.

Stemming corruption should also be one of the forum’s top priorities. In many resource-rich African countries, lack of transparency surrounding resource development and revenue facilitates corruption that cripples the government’s capacity to deliver basic services such as health and education as the funds that could have been spent on such desperately needed services are instead squandered or embezzled.

For example, Equatorial Guinea, a small but oil-rich country boasting the highest per capita income on the continent. But life expectancy and infant mortality are below the sub-Saharan African average. Roughly half the population lacks access to potable water, and immunisation rates for children are among the world’s lowest.

Other oil rich nations have also struggled with corruption for a long time. Earlier research by Human Rights Watch in Nigeria and Angola provides examples of the devastating effect of corruption in the oil sector can have on the lives of ordinary citizens.

At the turn of the century, Angola’s development indicators remained among the worst in the world, while $4.2bn in oil revenues illegally bypassed Angola’s central bank and disappeared without explanation from 1997 to 2002. That is roughly equal to all foreign and domestic social and humanitarian spending in Angola over that period.

In 2010, Human Rights Watch research concluded that while the Angolan government had introduced some important reforms in oil sector transparency, far more needs to be done to curb corruption and give Angolans the tools necessary to hold their government accountable for its actions. Indeed, both Nigeria and Angola have undertaken reforms and made progress in tackling this scourge in the years since Human Rights Watch’s initial research but there is still some way to go.

Protecting vulnerable communities is another pressing problem. In the absence of strong laws and clear policies governing resettlement, rural communities have been forcibly displaced from their farmland and livelihood to make way for mining operations with inadequate compensation.

For example, rural families in Tete province in Mozambique or in Tonkolili verdant slopes in Sierra Leone who were once largely self-sufficient, but were moved aside to places unsuitable for farming and no access to water. Mozambique has since taken steps to improve its legal framework, but it still falls short on implementation.

In both Malawi and Uganda, for example, residents in Karonga and Karamoja respectively didn’t know the government had given mining companies permission to move onto their land until the companies turned up and started moving into the fields of the scared and powerless residents. Mining companies operating in Africa and the relevant governments have in many cases failed to secure free, prior, and informed consent from indigenous communities before they started operations on communal lands as provided for by international standards.

should take strong steps to stem corruption and recommend actions to ensure that both small and large-scale mining operations are regulated and monitored for their human rights compliance.”]

Hazardous child labour in artisanal and small-scale gold mines across several countries is another urgent concern. Millions of Africans including women and children, work in hazardous conditions in these mines due to a weak legal and policy framework.

In Ghana, one of the world’s top 10 gold producers, and Tanzania, Africa’s fourth-largest gold producer, many small-scale mines are unregulated. The thousands of children who drop out of school to work in these operations risk death and ill-health. Children have been injured and killed in mining accidents and are exposed to high levels of toxic mercury, which attacks the central nervous system and can cause lifelong disability, brain damage and even death.

Both Ghana and Tanzania have taken positive steps by signing, and in the case of Ghana, ratifying the Minamata Convention on Mercury – an international treaty designed to reduce mercury exposure globally – but they have yet to put domestic protections in place.

Admittedly, natural resource governance has complex dimensions, but participants in the upcoming Tana Forum would do well to anchor their deliberations and recommendations in these key pressing priorities.

If Africa’s leadership doesn’t take these steps, the development of Africa’s bountiful, natural resources will continue to do harm rather than good.

Daniel Bekele is the senior director for Africa advocacy at Human Rights Watch. 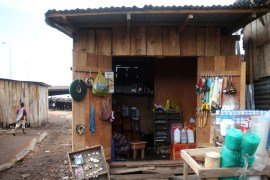 Africa needs financing for development projects that will operationalise the development strategies. 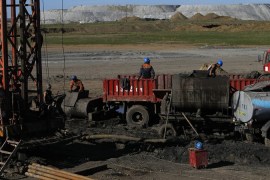 Is natural resource development a blessing, a ‘quick-fix,’ or a curse?

The “resource curse” is alive and well in the global south, as natural resource development deepens poverty.