In 2011, the South African government announced a plan to create a 9.6-gigawatt nuclear energy programme. The project, they argued, would allow South Africa to diversify its energy sector, move away from coal-based energy production and boost economic growth.

But soon questions were raised about who this large-scale industrial project would ultimately benefit. Allegations have been made that public participation was being sidelined and that interested parties were colluding with the Russian government.

The controversial nuclear programme is just one example of the many economic policies that have shaped South Africa’s development along a clearly neocolonial path. Twenty-three years after the collapse of the apartheid regime, the country is clearly still in need of a wider decolonisation project to counter colonial economic legacy.

In the wake of this massive nuclear deal, along with others of its kind, South Africa is in a moment that demands us to look beyond its borders and learn hard lessons from other nations on the African continent.

The term neocolonialism, purportedly coined by Ghanaian President Kwame Nkrumah, describes the socioeconomic and political control exercised over a decolonised nation economically, linguistically, and culturally, by a neocolonialist country to open up the national economy to its corporations.

But despite identifying neocolonialism as a threat and warning newly independent African countries about it, Nkrumah ended up falling prey to it.

His rapid industrialisation plan which sought to usher Ghana into the “modern industrial era” in the closing breaths of the 1950s was anchored on the large scale Akosombo hydroelectric dam project.

British colonialists were first to put forward plans for the dam almost two decades prior to independence. After he came to power, Nkrumah picked the project and sought to repurpose its design for the benefit of the Ghanaian people and its economy by using it to bolster their aluminium production and aid in the electrification of the country.

Nkrumah had great difficulty financing the large-scale project and eventually, his government solicited financing from US firms through a joint venture with the Volta Aluminium Company and Kaiser Aluminium. After various rounds of negotiations and lobbying for finances eventually including the International Bank for Reconstruction and Development under the World Bank the dam was eventually completed by mid-1960s.

The agreement with Kaiser Aluminium led to their smelters profiting from highly subsidised electricity rates and the use of imported bauxite raw materials avoiding building national capacity and mitigating the risk of nationalisation.

Nkrumah’s gamble to finance Ghana’s rapid industrialisation project from the West ultimately was among the key factors which resulted in his regime’s demise. Corruption both within the party and on the part of American and European multinationals ate into the country’s economy by selling expensive and flamboyant projects that were not designed for the specific needs and operational context of the country.

This created a fragile climate and as Ghana’s cocoa industry – which provided considerable foreign exchange to the country – collapsed under pressure from falling prices, Africa’s first independent nation came on the verge of bankruptcy.

This laid the ground for a US-backed coup d’etat against Nkrumah, who at the time had become increasingly vocal of his ideals of African socialism and ills of capitalist society at large.

Ghana’s economic crisis continued to worsen as the World Bank pushed for structural adjustment in the 1970s and 1980s. The austerity measures that then followed in the 1980s led to public sector job shedding and wide-scale privatisation at the expense of investment in other areas of the economy, such as small-scale farming.

Although South Africans managed to defeat the colonial apartheid regime, they never really had a chance to “decolonise” the economy.

After apartheid-era economic sanctions were lifted, multinational corporations capitalised on an already unequal exploitative environment. They gained favourable access to the country’s raw resources, while ensuring that manufactured goods continue to be imported.

The African National Congress (ANC) – surely aware of Nkrumah’s warnings – did not really try to stop this process. In fact, it has very much participated in it and, along the way, has faced numerous accusations of public sector corruption and private sector collusion.

In a state of the nation address in February 2017, President Jacob Zuma alluded to renewed interest in “radical-transformation” of the economy along the lines of its Broad Based Black Economic Empowerment framework, which has been criticised for disproportionately benefiting both white women and the black middle class. Within the same speech, he praised a large scale railway development project with China.

The proposed nuclear deal is set to stand as one of the largest government tenders ever issued (around $72bn) and will take decades to pay off. To date, there is little to no evidence of any large-scale education programmes or investments to expand and train scientists, technicians and engineers in nuclear technologies.

The evident lack of capacity within South Africa in relation to the nuclear expansion plans place the country at risk of technical and economic dependency on Russia should they win the tender. Financing the deal will increase the cost of electricity during the repayment period, which, in light of South Africa’s slowing economy, carries frightening echoes of what happened in post-Nkrumah Ghana.

Rapidly expanding inequalities, financial continuities from apartheid and colonial-era enterprises, along with the broadly acknowledged failures of land redistribution paint the simmering background of a nation in crisis.

For every crisis however there lies hope and opportunity. In April 2017, a new trade union federation is to be launched, breaking away from the ANC-dominated COSATU. This potentially massive rift in the labour movement presents an opportunity for building new counter-hegemonic forces, riding on the unprecedented wave of strikes and demonstrations.

The burgeoning student movement in South Africa is also a force to be reckoned with. Since the upsurge of the 2015 period, it has remained consistent in its instance on the revival of “decolonisation” as trans-historical approach to combating the entrenched and predatory imperial forces.

One of its demands is to decolonise curricula, which could help develop technologies and locally driven systems that do not require us to be economically dependent on global superpowers.

One area of research that should be supported is renewable energy which is a clean, efficient and locally sustainable alternative to nuclear energy. Renewable technologies are already cheap enough to be locally implemented and could compensate for the loss of jobs as a result of the potential closure of a number of coal power stations.

In a time of growing cynicism, when the lofty ideals of the South African independence generation ring hollow in the hills and plains of a divided country, the fight against oppression and neocolonialism continues daily among community organisations, workers, unions and students.

As we stand at the precipice of new era of nuclear investment, abstract and romantic calls to wait for a “new” vision or messianic liberation movement defy the urgencies of indebting the generations to come. If history tells us anything, it is that solidarity and resilience are built from below and ours is a task to support and nurture those who push to walk that path.

Brian Kamanzi is a Cape Town-based writer and electrical engineering Masters student at the University of Cape Town. He describes himself as committed to the social upliftment of his fellow people. He is a budding Pan-Africanist, eager to make contributions to the movement and form cross-cultural connections with others in the struggle. Follow his writing here. 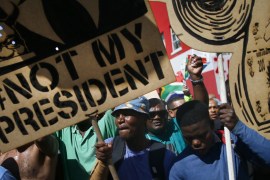 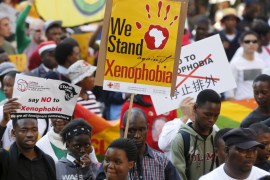