On February 19, 2001, during a national security meeting, Turkey’s 10th President, Ahmet Necdet Sezer, threw a copy of the Turkish constitution at the prime minister’s face in a symbolic gesture to assert his authority enshrined in the constitution.

In return, the government reminded him of the fact that he was only president because they elected him. Within hours, the clash led to a sharp economic crisis wherein the interest rates increased by 8,000 percent, the stock exchange market plunged down by 14.5 percent and the central bank had to sell $7.6bn in immediate response. Inflation boomed, and the purchasing power of people disappeared dramatically.

Despite their similar left-wing political background, the controversial and contradictory politics of the president and the prime minister caused ill-management in the country, which eventually resulted in the economic crisis. This was in fact a crisis of the whole system, not just an economic one. Neither was this a unique crisis in Turkish political history but rather a striking one with dire consequences.

Turgut Ozal and Suleyman Demirel had their own share of clashes, the former as the president and the latter as the prime minister in the early 1990s. Such examples of discontent between presidents and prime ministers of Turkey go back to Mustafa Kemal Ataturk and Ismet Inonu, the founders of the modern Turkish Republic, whose relations turned bitter when Inonu resigned as prime minister in 1937, a year before Ataturk died.

Although the debates on the constitutional amendments to be voted on April 16 in Turkey are overshadowed by the obsession with the personality of President Recep Tayyip Erdogan, the suggested amendments seek to solve Turkey’s chronic administration problems which have held the progress of the country hostage for decades.

Turkey is now making a choice through democratic process. Firstly, the amendment proposal was accepted and enacted in parliament within the framework of the Turkish constitution. And now, it is waiting for the endorsement of the Turkish public in the referendum.

Shifting from parliamentary system to presidential system is a democratic quest for Turkey. Turkish politics of the past not only witnessed clashes between the president and the prime minister; it was also an era of fruitless coalition after coalition when precious time and resources of the country were wasted.

Coalitions among weak political parties would be formed only to dissolve within months. Political stagnation and call for unnecessary elections would further burden the economy.

Over the past 15 years I and, indeed, all the young people of my generation, however, have witnessed profound changes in Turkey. Such development and progress in every aspect of our lives fill my generation with pride in our achievements as a nation, and hope that the future will be even better.

Fifteen years ago, for instance, Kurdish citizens were legally prevented from using their own language when interacting with the state. They could not teach it in schools or even use it when testifying in court. Kurdish culture was barred from public display and Kurds were even denied their own ethnicity as a people. With the immense reform period of the past 15 years, the Kurdish people, their language and their culture are now an integral part of the legal, social, political and economic fabric of the Turkish nation. Such progress, however, was only possible with a strong government enjoying strong public support and a brave leader with an overarching vision for Turkey. This is what Turkey needs to continue its long path to prosperity.

Among the vast reform initiatives of the past one and a half decades, regulating the relations between the military and civilians was a crucial step. The military used to dominate all levels of political life, but through introduction of several reforms via a series of free and fair elections, democratic norms become institutionalised, and military hold over democratic institutions substantially vanished. Only a few remnants of this practice, such as seats on the Supreme Court, are intact but could soon be abolished with the amendments in the constitution.

In the past 15 years we experienced immense progress in the economic fortunes of Turkey as freedom and liberalisation in the political sphere fed the pools of commercial talent which were previously constrained by a corrupted system of patronage and exclusivity.

Turkey remains one of the few NATO countries to experience such high levels of economic growth over the past two decades. The overall trend towards democracy, liberalism and individual freedom, when coupled with re-orientating the state to serve the people rather than seek to dominate them, has led to the current referendum to amend the constitution. What is next, then?

First and foremost, we must ask ourselves, do we want a constitution that was drawn up by the military after a coup or would we prefer that the elected representatives of the people decide on its nature? When the institutions still bound by a previous order tried to block the election of the president nominated by the ruling party in 2007, a referendum sealed the fate of future Turkish politics; the president would be elected by popular vote.

On August 10, 2014, Turkish people elected their first president by popular vote. But this change brought about a new conundrum: Now people elect both the president and the prime minister who are in turn equipped with the same legitimacy to govern. This is a recipe for future disagreements, even if both are from the same political party. So this new set of amendments aims to deter any future altercations between two heads of state by activating a system in which executive, judicial and legislative powers are clearly separated.

One of the proposed changes is that all future presidents will face the electorate every five years and, like the US, be limited to serve only two terms in office. The parliament will have jurisdiction to initiate an investigation if a president is under suspicion of committing crimes. In its current form, the constitution protects the president from all judicial authorities in the country.

As nobody, even the elected president, should be above the law, it is proposed under Amendment No 9 to annul the current version which reads:

Turkey is transforming into a country where anyone can form political parties, anyone can stand for parliament and anyone can become president.

“No appeal shall be made to any judicial authority, including the Constitutional Court, against the decisions and orders signed by the President of the Republic on his/her own initiative”, to the proposed version which reads: “A motion for initiating an investigation of the president on allegations of a crime must be given with an absolute majority of the members of the Grand National Assembly. In case an investigation is opened, the investigation is carried out by a 15-member committee made  up of the political parties in the parliament in proportion of their power. The Grand National Assembly can take the decision to send the president to the Supreme Court with two thirds of its members’ secret votes.”

This ensures that legislative power remains with the elected representatives of the people, of whom there are currently 550 in the parliament, but the number will be raised to 600. It is also proposed to lower the age at which a member of the public can become a member of parliament. In line with the common examples all around the world, age of candidacy for the parliament will be lowered from 25 to 18.

As stated above, proposed amendments will also regulate military-civilian relations, and reform undemocratic military regulations. No NATO country has serving military officers in their Supreme Courts except Turkey.

With the amendment, the military will no longer have seats in the Supreme Court.  Military jurisdiction will also be regulated: namely, the jurisdiction of military courts will be transferred to civil courts, and the Supreme Military Council decisions will be open to judicial review. Last but not least, the Turkish armed forces will be audited by the State Supervisory Board which currently has the authority to audit all public institutions expect the army.

No tolerance for coups

With regards to the judiciary, the amendments offer a new composition of the High Council of Judges and Prosecutors. The new council shall be composed of 13 regular members with four members to be appointed by the president, seven by parliament.

The proposed amendments provide a taste of the overall direction of Turkey’s future. Turkey is transforming into a country where anyone can form a political party, anyone can run for a parliament seat and anyone can become president.

The Turkish public will no longer tolerate coup d’etats and will reject having half the population treated as second-class citizens. There are still many reforms to be achieved, and the amendments will pave the way for a better constitution attuned to the people’s needs and aspirations. Had we crafted a perfect and complete constitution from scratch with unanimous support, we would have achieved something no other nation has ever achieved in history.

Alas, there is still room for improvement and we will tirelessly work towards it. Democracy is not a mere possibility but it is the best way to free a people’s potential, it is the best guarantor of peace, it is the surest route to prosperity. As no two countries have the exact same model for democracy, Turkey’s system will be unique to Turkey just as the US system is unique to the US and Swedish one to Sweden, and so on.

With the current system in Turkey causing stagnation and crises, we have examined a number of systems to reform it by. It became clear to us that a presidential system whereby the president is elected by popular vote forces groups to compromise with one another and nominate a candidate whom the public at large could support to win more than 50 percent of the vote.

Parliaments where this culture of cross-party compromise does not exist find themselves deadlocked with intransigence as they fail to deliver for people. Developed countries governed by a parliamentary system are not immune to this predicament, either.

In Belgium, political parties failed to form a coalition for one and a half years in 2010-2011 and the country was governed by an interim government during the crisis. This is not a situation a developing country can tolerate. In Turkey, it is the duty of elected officials to follow the zeitgeist and let it manifest itself as rule of the people by the people.

We look forward with hope and excitement that Turkey will continue on its path and build upon the hard-gained successes of the past 15 years. This referendum will be another cornerstone in this path and in the end, this is about Turkey, the will of our people, and our desire to hold our democratically elected leaders to full accountability through elections, due process and transparency. 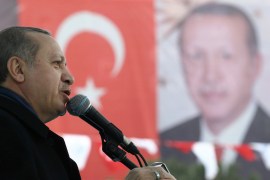 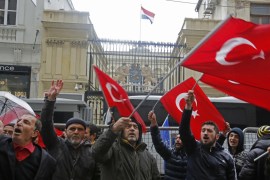