They were staff members of the International Committee of the Red Cross (ICRC) and had been delivering winter food for the goats and sheep owned by local people.

It happened four weeks ago. We don’t know who did it, nor why. Two staff members were also abducted.

An event terrible in itself. But not a unique event. In recent months, from Afghanistan to South Sudan, from Yemen to Syria; humanitarian and health workers, hospitals, clinics and aid convoys, from many different organisations, have all been hit.

But why is this happening? Has something changed? If so, what can be done about it?

A week after the killings, I flew into Mazar-i-Sharif in northern Afghanistan, a few hour’s drive from where the killings took place, to visit the victims’ families.

At each home, we were greeted with green tea and hospitality that was both humbling and generous. Twenty-four children no longer had fathers.

The father of one of the victims had not slept for two days.“It’s not right,” he said. “My only wish in life was to die before my son.”

We hugged, long and intensely. I felt like I was touching the pain that had invaded him. What words could I offer?

At each house we visited, there was the same question: “Why?” They were just doing their job, trying to help other people who were in desperate need.

As director of global operations for the ICRC, it’s my job, along with my colleagues, to make difficult decisions on a daily basis. We have to balance the risks facing our staff with the life-saving impact of our humanitarian work.

We’re making these decisions in an ever more unpredictable international environment. The dynamics we are operating in appear to be changing.

Firstly, there seems to be an increasing belief by armed groups and some states that health and humanitarian workers are not as sacrosanct as they once were.

There’s no doubt that international humanitarian law (IHL), which protects such people, remains as vital and as important as ever.

But we cannot shirk from the fact that it is being challenged. We are not just more aware of violations of IHL, because of faster communications, but there is a disturbing drift towards ambivalence when it comes to humanitarian law.

Secondly, conflicts around the world are becoming more interconnected, more complex. Layer upon layer of motive and ambition. Official armies, proxy armies, armed groups, drones and cyberwarfare: all engaged in one conflict or another.

Who’s pulling whose strings? Huge grey areas have emerged and, with them, a “diffusion of responsibility”. Who is responsible for what? It’s become easier to hide in the margins of responsibility – with all that that entails.

Today, it is perhaps not as easy, as it once was, to identify the “perpetrators”.

Thirdly, and perhaps an inevitable consequence of the former, there have been attempts to simplify what is, innately, complex. To cast things in black and white; to cast good guys and bad guys; like some global theatre of the macabre. Not that this is theatre.

As issues and conflicts become more complex, there are those who become trapped in the idea of “over-simplifying”. There is the idea of “us” and of “them”. The result is even greater division, greater polarisation.

But, as we all know, life is not that simple. There are many shades of grey between right and wrong. If you lose the nuance, you can miss the essence.

Why does it matter?

So what to do in this environment of growing mistrust and mutual suspicion? At such times, it’s vital that we remember what unites us all – not what divides us. It’s vital that we recognise the good in others. And value it for what it is.

Under the most tragic of circumstances, that is what I witnessed in northern Afghanistan. The six people who died, Murtaza, Shah Agha, Maqsoud, Khalid Jan, Rasoul and Najibullah, had spent years of their lives, taking risks, working in one of the most inhospitable and dangerous places on Earth. Trying to help others.

Like the Red Cross volunteer in the Philippines, helping victims of a typhoon; the Syrian Red Crescent volunteer delivering food to a besieged area; the Afghan ICRC worker taking animal feed to a village; all are driven by qualities of generosity, selflessness and common humanity – wonderful qualities that, in an often brutal world, should be cherished and nurtured.

So, to those who target people trying to help others: please refrain. To those who seek to simplify: be careful. To those trying to create divisions: beware the consequences.

Why do their deaths matter to you and me? Because, at the end of the day, they speak to us of our own humanity.

Dominik Stillhart is director of operations for the International Committee of the Red Cross. 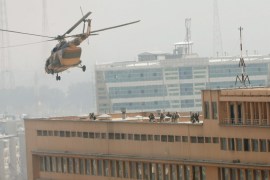 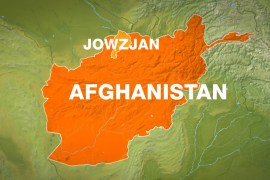 The Western Balkans leaving the EU dream behind