UK Prime Minister Theresa May triggered Article 50 earlier today and officially started the process that will lead to Britain leaving the European Union. Now attention turns to what will happen next.

Much of the analysis has so far been focused on the forthcoming negotiations with the EU, with the possibility of no EU trade deal seeming increasingly likely. But the real debate has been over what Britain’s role in the world will be after Brexit.

May has promised a “truly global Britain” outside the EU and some supporters of Brexit have framed the break from Brussels as an opportunity for Britain to strengthen its historical, imperial relationships.

This is a deeply problematic and dangerous view. To become “truly global” Britain needs to shake off this imperial hangover.

As Twitter branded Wednesday, March 29 “Brexit Day“, historian David Starkey appeared on the BBC’s Today Programme to compare Brexit to Henry VIII’s historic break from Rome. Crucially, he argued that the Reformation presaged the “expansion of England” and suggested that Brexit may see another age of empire.

Since the vote to leave the EU, visions of Britain’s future relationship with the rest of the world has repeatedly invoked imperial motifs. From Theresa May’s promise of a “red, white, and blue” Brexit to the suggestion that the Royal Yacht Britannia be recommissioned to facilitate trade deals, Britain’s future has been presented as an opportunity to return to a glorious past.

Most famously, or infamously, the International Trade Secretary Liam Fox’s focus on deals with countries that once belonged to the British Empire has been labelled “Empire 2.0” by Whitehall officials.

Dealing with an imperial past

The specific focus of future trade relationships on Commonwealth nations raises a number of issues. One is the clear preference for the Anglosphere and the implied preference for linguistic and racial homogeneity.

Australia has been one of the forerunners for a post-Brexit trade deal and public discussion of the Commonwealth tends to focus on New Zealand or Canada rather than Malawi or Malaysia.

As Britain faces the reality of life outside the EU and looks to establish new, prosperous relationships with global partners, it needs to shake off its imperial hangover.

While the former settler dominions of Australia, Canada and New Zealand might be more willing participants in a new imperial project, they are not major economic forces. To find trading partners that might realistically replace the EU, Britain will have to deal with nations that have a more critical view of its imperial past.

Britain shares this problem of historical baggage with many of its European neighbours. However, the invocation of empire by leading Brexit supporters reflects an unapologetically positive view of imperial history.

In recent years Germany has apologised to Namibia and the Netherlands has apologised to Indonesia for the excesses of empire. Similarly, French presidential candidate Emmanuel Macron recently described France’s colonial past as a “crime against humanity” in an interview with Algerian television. In Britain, there has been no comparable public statement of remorse or reconciliation.

Britain’s overly positive view of its imperial history is likely to cause problems in negotiations with new trading partners. For example, the Indian politician Shashi Tharoor has warned that in India “Empire 2.0” would “go down like a lead balloon” and described British rule in India as “200 years of plunder and exploitation”. To secure access to the growing Indian economy Britain must acknowledge that a return to its imperial dominance is neither realistic nor desirable.

Similarly, the dominant global economic powers, the United States and China, have their own histories of violent encounters with the British Empire. Not only are these major international powers likely to be unimpressed by “Empire 2.0”, but the power imbalance between the global leaders and the UK makes a mockery of Britain’s imperial pretensions.

OPINION: The need for a museum on British colonisation of India

The transfer of the sovereignty of Hong Kong to China in 1997 and the subsequent failure of Britain to provide significant support to the 2014 “Umbrella Protests” is a good demonstration of Britain’s inability to replicate its imperial influence in the modern world.

Perhaps the most crucial imperial legacy is at home. The British public should not be misled with promises of imperial glory. Instead, it should be made clear that Britain will be making deals with equal partners rather than relying on old colonial possessions.

As Britain faces the reality of life outside of the EU and looks to establish new, prosperous relationships with global partners, it needs to shake off its imperial hangover.

Stan Neal is a Teaching Fellow in Colonial/Global History at the University of Leicester. He works on issues of race, migration and globalisation in the British Empire. 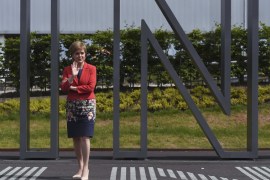 If Scotland leaves, England will lose the Brexit game

Should Scotland and N Ireland leave the UK after Brexit, the term ‘Little England’ will really come into its own. 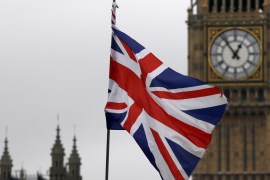 What is at stake for the EU economies after Brexit?

We examine potential pitfalls and dangers facing business, and the EU itself, on separating UK from the trading bloc.