China is not “moving relentlessly across Africa”. Despite what Peter Navarro, head of US President Donald Trump‘s National Trade Council has written, that China is “locking down strategic natural resources, locking up emerging markets and locking out the United States”, experience on the ground tells a different story.

China is competing aggressively for influence and market share in Africa, but, in doing so, it is empowering African countries to chart their own course, pick their own partners and insist on their own priorities.

It is naive to think that China’s motives in Africa are purely altruistic – any more than those of the West. Beijing sees African commodities and consumers as essential to the long-term dynamism of its own economy.

To secure access to those commodities and simultaneously grow African markets for Chinese goods and services, China is deploying its state-owned enterprises to win African infrastructure contracts, supplemented by its banks to fund them.

The rewards promise to be substantial. The McKinsey Global Institute projects that by 2025, African household consumption and business-to-business (B2B) spending could reach $5.6 trillion. That is equivalent to nearly a third of current US gross domestic product (PDF).

China has its eyes on Africa’s economic takeoff and is investing heavily in the infrastructure needed to make it happen. In December 2015, President Xi Jinping pledged $60bn in new loans, exports credits, investment funds and grants.

The conservative calculations of Deborah Brautigam at the SAIS China-Africa Research Initiative, show that between 2000-2014, Chinese financiers had already channelled $86.3bn to African governments and state-owned enterprises. A figure equivalent to the total global exposure of the US Exim Bank as of 2016 (PDF).

It is equally naive to say that China is solely motivated by an aggressive desire to lock out the US and others from Africa’s minerals and markets, in the manner of Britain’s East India Company in the 18th and 19th centuries.

The world is waking up to the fact that, with its youthful, rapidly urbanising population, Africa stands to be the next great driver of global demand and growth.

If mercantilist, colonial-style domination really were China’s primary motive, you can be certain that most Africans, mindful of a bitter past, would resist it fiercely.

Of course, size and wealth asymmetries put African countries at a disadvantage when dealing with major powers like China and the US.

Regrettably, the removal of colonial yokes did not liberate African nations to set their own agendas. The continent not only became a cockpit of the Cold War, it turned into a lucrative playground for armies of Western development “experts” and aid contractors.

For many in Africa, China has been a refreshingly different development partner. Their overall reluctance to tell others how to order their affairs – unless those affairs touch on Taiwan or Tibet – is generally applauded in Africa.

Of course, China has made mistakes in Africa. In their haste to get projects completed competitively, contractors have imported their own labour rather than hiring and training locally.

Cutting corners on construction, they have acquired a reputation for shoddy workmanship. In bidding on projects, companies have taken advantage of the fact that Beijing, until recently, at any rate, has not been addressing corruption with much vigour. The US Foreign Corrupt Practices Act gives US companies a reputational edge in this regard.

The primary concern of many African leaders is equitable and inclusive growth through successful industrialisation. They are not interested in mortgaging their peoples’ futures on grand schemes that don’t pay for themselves because they were ill-conceived and poorly implemented.

Much of what should have been spent on making them work was pocketed instead, in kickbacks and pay-offs. It’s a great way to surrender sovereignty to foreign banks, bondholders and the IMF.

What African governments want are partners who are in it for the long haul and can deliver the best return on investment.

The greater the competition for infrastructure contracts, the better, so long as the selection process is transparent and merit-based. Caution is wise, but it is wrong to always view China through a Cold War lens. In fact, many Chinese companies have proved more than willing to forego the traditional forms of bid-sweetening and rent-seeking.

Uganda is among those countries in Africa that are taking a transformative people-centred approach towards China on infrastructure development.

Sino-Hydro for example, which is building a dam in Uganda, has spent more than $100m in three years working with local companies, while ensuring that its workforce is well-trained and largely Ugandan. Sino-Hydro is also building hospitals and schools as part of the project.

China Harbour Engineering Corporation, which won the bid to build the Ugandan leg of the East African standard gauge railway, has committed to helping Uganda establish and train a 15,000 strong Army Corps of Engineers, build a national polytechnic, and invest in steel sleepers produced locally from Ugandan iron ore. All of these agreements have taken place under strict anti-corruption measures, independent audits and environmental protection policies.

Most importantly, Africa is now better placed than ever to set its own agenda. The world is waking up to the fact that, with its youthful, rapidly urbanising population, Africa stands to be the next great driver of global demand and growth.

To get there, the continent has enormous infrastructure gaps to fill. Those gaps themselves represent enormous opportunities. Who enjoys them and on what terms is at the discretion of African decision makers.

Blanket smears of any ethnic group are always unacceptable. Proclaiming that China is “locking out the United States” is overly simplistic and simply not true.

On the contrary, the US would do well to work with, rather than against, those investing in this great continent.

Rosa Whitaker was the Assistant US Trade Representative for Africa under Clinton and Bush administrations. She is known as one of the architects of the African Growth and Opportunity Act (AGOA). 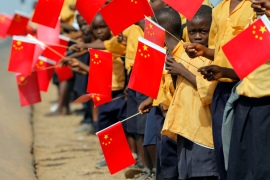 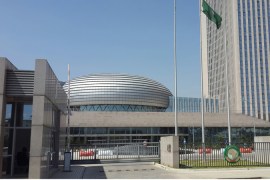