The United States has renewed its demand for Cambodia to repay a war debt of $500m amid President Donald Trump’s push to improve the state budget. Such a demand has met with an outcry from Cambodian political leaders and their people, who have consistently called the debt “dirty” and “blood-stained”.

Clearly, the memory of the United States’ war in Indochina continues to shape Cambodian perceptions of and foreign policy towards the US. Cambodia is reluctant to pay the debt. However, should the US keep forcing Cambodia to service the debt, its moral high ground may be adversely affected.

“I have not sent an official letter to Trump asking him to cancel the debt … They brought bombs and dropped them on Cambodia and [now] demand Cambodian people to pay,” said Cambodian Prime Minister Hun Sen early this month.

Debt settlement is a complicated and sensitive issue. There are rules and norms, as well as exceptions. There is no standard measure to settle debt, resting upon bilateral negotiation and agreement.

Most debt negotiations have been solved by the Paris Club, an informal group of official creditors founded in 1956. Cambodia has serviced some of its debts through the Paris Club agreements.

In 1995, as a responsible debtor country, Cambodia serviced debts with France, Germany, Italy and Japan. The Cambodian government refused to settle its debt with the US due to the size of the amount claimed and the legitimacy of the debt.

The principal debt of $276m was incurred during the illegitimate Lon Nol regime between 1972 to 1975.

According to the US government, the debt involved the cost of food supplies to support the Lon Nol’s government in the civil war.

Lon Nol came to power after carrying out a coup d’etat against the legitimate government led by Prince Norodom Sihanouk.

Most Cambodians believe that the US was behind the coup. The US, however, insists that there is no evidence of US involvement in orchestrating the coup.

Cambodia was severely ravaged by the US’ bombings from 1965 to 1973. An estimated 2.7 million tonnes of bombs were dropped on Cambodia, almost a million tonne more that the amount that the US dropped on Japan during World War II.

Hundreds of thousands of civilians, including women and children, were killed by the bombardment and today unexploded ordinance continues to take innocent Cambodian lives.

The bombings unleashed on Cambodia caused a flood of refugees to rural areas, where most joined the Khmer Rouge forces to fight against the US-backed Lon Nol regime.

Some historians argue that the US was partially accountable for the rise of the Khmer Rouge, a regime that killed 1.7 million people during its rule from 1975 to 1979.

Ignoring the heinous crimes committed by the Khmer Rouge, the US did not take actions to punish the armed group’s leaders.

Moreover, the US did not recognise the Phnom Penh government installed by Vietnam after ousting the Khmer Rouge regime in 1979, as part of its strategy to prevent a domino effect of Communism in mainland Southeast Asia.

These facts highlight the lack of international responsibility by the US when it comes to terms with historical accounts. The US needs to learn from its past mistakes and be more open and flexible to reconcile the historical differences.

Five decades on, the US and Cambodia have not successfully reconciled their past. Historical memory and strategic divergence have hampered bilateral ties. The level of trust between the two countries is in danger of decreasing, with the Cambodian ruling elite becoming more wary of the US’ intervention in Cambodia.

The bilateral negotiation over the debt issue is complicated. Both sides have failed to reach a mutual understanding on how to solve the debt problem. Cambodia has requested that the US cancel the debt or implement a debt swap programme.

Both sides need to resume bilateral negotiation to explore common ground to resolve the long-standing debt issue, which may be solved by reaching an agreement on converting the debt into a development program or humanitarian assistance to Cambodia.

The US insists that Cambodia has the capacity to pay, and debt settlement is a matter of principle.

Yet, there are examples of US debt forgiveness. Washington forgave debts to Vietnam in 1997, Bosnia-Herzegovina in 1999, Yugoslavia in 2002 and Iraq in 2004.

Why is Cambodia not on the list of countries deserving debt forgiveness? The answer lies in US domestic politics and its foreign policy towards Cambodia.

Some policy-makers in Washington feel that Cambodia does not deserve debt forgiveness, as they feel its debt risk is moderate.

Some foreign policy strategists think that the debt may be used to put pressure on Hun Sen’s regime for political reform.

Implications of the debt issue

Cambodia-US relations will further deteriorate if the debt issue is not resolved.

Regardless of the shaky moral basis, the US will probably continue to put pressures on Cambodia to pay the debt by asking the International Monetary Fund to downgrade its creditworthiness and its capacity to access international capital.

“Until it takes care of its debt with America and its other creditors, it cannot have a normal relationship with the IMF,” said the US Ambassador to Cambodia William Heidt last month.

External pressures – including economic and financial pressures – are counterproductive for maintaining stable and good bilateral relationship between the two countries.

Cambodia’s position with regards to the debt issue will not be affected by US pressure as it has earned strategic trust and support from China, a rising superpower.

The US’ engagement with ASEAN will also be affected if the bilateral US-Cambodia relationship is confrontational.

What will be an ideal scenario?

Both sides should focus more on common interests and cooperation while gradually narrowing down their differences.

Cambodia-US relations have been improved remarkably since 2010, and are better than at any time in the past four decades of ties, which were marred by distrust and confrontation.

Bilateral economic and educational cooperation has increased over the years despite political and strategic differences. The US is the biggest market for Cambodia’s clothes, the country’s main export industry.

Both sides need to resume bilateral negotiation to explore common ground to resolve the long-standing debt issue, which may be solved by reaching an agreement on converting the debt into a development programme or humanitarian assistance to Cambodia. 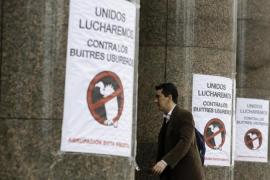 Let’s end this madness in the global debt system 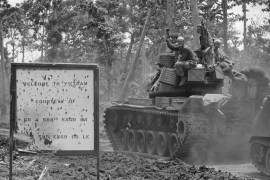 Anger in Cambodia as US wants 50-year-old debt repaid