United States Senator John McCain has it right that the US has underestimated and, at times, disregarded Turkey’s concern over its support for the People’s Protection Units (YPG) in Syria. The US’ rationale for helping the YPG was predicated on a flawed anti-ISIL strategy that shied away from a comprehensive approach.

Turkish discomfort with the US support for the YPG is not based on an opposition against Syrian Kurds. Despite their efforts to promote themselves as the representatives of Syrian Kurds, the YPG poses a direct national security threat to Turkey.

The group is the Syrian arm of the Kurdistan Workers’ Party (PKK) – designated by Turkey, the US, and the European Union as a terrorist organisation – which has been fighting the Turkish government since 1984.

The two groups’ close ties have previously been acknowledged by US officials including the former US Defense Secretary Ash Carter in a Senate Armed Services Committee hearing.

The YPG draws much of its tactical and strategic direction as well as resources from the PKK and arms given to the YPG directly threaten Turkey, as they can be passed onto PKK fighters inside Turkey.

In other words, continued US support for the YPG lends legitimacy to the Syrian extension of a terror organisation threatening a NATO ally.

The US appears set to move forward with arming and supporting the PKK-linked YPG in preparation for the Raqqa operation.

This is not only the continuation of a misguided policy left over from the Obama administration, but it also risks irreparable damage to US’ relations with Turkey, a critical ally in the fight against the Islamic State of Iraq and the Levant (ISIL, also known as ISIS).

Under Donald Trump, the Pentagon is focused on achieving a victory against ISIL by working with “local partners” and limiting American “boots on the ground”. which is a continuation of the Obama administration’s strategy.

This approach disregards Turkey’s concerns and spells instability and unpredictability after dislodging ISIL from Raqqa and northern Syria.

The Obama administration invested in developing relations with the PKK-linked YPG fighters in Syria under the pretext that they were the only effective fighting force on the ground to fight ISIL.

This view ignored the political ambitions of the Democratic Union Party (PYD), the political umbrella organisation of the Syrian Kurds, to create a de facto autonomous region in northern Syria and, perhaps inadvertently, emboldened the PKK against Turkey, as it sought international support and legitimacy.

It also failed to acknowledge the demographic engineering efforts or the human rights abuses of the PYD that sought to push out Arab populations from northern Syria.

While the YPG promoted itself as the only reliable, secular, effective fighting force in the region, the US chose to ignore that the YPG focused on establishing and consolidating their control in the region at the expense of Syrian Arabs and even other Kurdish groups.

The Obama administration was following an “Iraq first” strategy in their efforts to defeat ISIL by subcontracting the fight against the armed group to YPG in northern Syria.

But the Trump administration wants to achieve speedy results through bold action, so there are signs that the US’ fight against ISIL might proceed on both fronts – in Iraq and Syria – in the near future.

If the US wants to avoid being responsible for a nation building process in Syria, akin to its largely failed effort in Iraq, it will need to work with regional allies like Turkey.

This makes sense given that as a result of Obama administration’s reluctance to be involved in Syria, ISIL has had a lot of resources and breathing room in this country.

However, if not enough thought is given to post-ISIL stabilisation efforts in Raqqa and the rest of northern Syria, the military defeat of ISIL might be followed by instability and potential conflict between Turkey and the YPG.

Turkey has warned the US against such a scenario while providing plans to liberate and stabilise Raqqa without YPG involvement.

If the Pentagon and the Turkish military cannot come up with an agreement on this, the odd reality of supporting forces hostile to one another will likely persist and pit forces supported by the US and Turkey against each other on the ground.

The Trump administration has yet to make a final decision on directly arming the YPG and the consequences of that decision will be critical not only for the fight against ISIL, but for the broader dynamics of the US-Turkey relations.

If the administration decides to arm the YPG despite Turkish opposition, there may be backlash in the form of reduced cooperation at the least.

Even if Turkey decides to seek other ways of cooperation instead of increasing tensions, the scars from this episode will last a long time.

The Trump administration needs to move away from tactical alliances with groups such as the YPG towards creating serious alliances among state actors in order to build a strong coalition against ISIL.

The prospect of rapidly winning tactical military battles on the ground will be difficult to resist, but winning the broader war against ISIL requires longer-term policies that ensure post-ISIL stabilisation.

Especially if the US wants to avoid being responsible for a nation building process in Syria, akin to its largely failed efforts in Iraq, it will need to work with regional allies like Turkey.

Enduring success against ISIL cannot be achieved without the support and coordination of a strong and active international coalition.

Turkey has been part of the anti-ISIL coalition and it is the only coalition member with troops on the ground. Alienating Turkey in the fight against ISIL has been one of the most regrettable aspects of US policy in the waning years of the Obama administration and the Trump administration risks falling into the same trap.

According to news reports, the Pentagon will have more operational decision-making authority on the ground, but this should be accompanied by serious coalition work at the diplomatic and political level, recognising that ISIL is a product and a symptom of a broader breakdown of the political compact in Iraq and Syria.

To address the threat politically, the US needs allies, including Turkey, whose national security will be at stake in the outcome of the upcoming fights in Raqqa and beyond.

Kadir Ustun is the Executive Director of the SETA Foundation in Washington, DC. 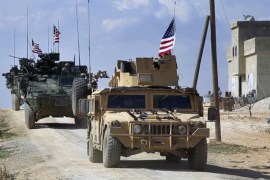 The Sheriff of Manbij: US makes debut in the Syrian War

Interventionism is addictive, it starts with a simple task and one thing can lead to another. 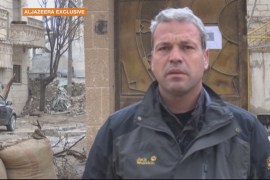 Turkey’s June 24 elections are about stability

It’s time for the US to stop alienating its allies

Why does Turkey care about Mosul?