These are days of fear and loathing among the Washington foreign policy establishment. Its members, both Democrat and Republican, generally think of themselves as an elite.

And as elites, they are representatives not of a mere set of constituencies, but of a tradition which extends across decades, and which both derives from and defines a conception of the United States’ place in the world.

That conception arose in the aftermath of World War II, when the US found itself astride the world as a colossus. With the so-called “free world” prostrate, the US was the sole force able to confront Soviet-led global communism.

If the US were to effectively defend itself, the establishment believed, it would have to be engaged forcefully across the globe. Henceforth, it would see its interests in broad and not narrow terms.

Where others, particularly in the developing world, saw US neo-imperialism and hegemony, America’s foreign policy elite saw enlightened self-interest and altruism.

The attitude and the posture were perhaps best summed up by former Secretary of State Dean Rusk, when testifying before Congress in the 1960s: “Other nations,” he said, “have interests; the United States has responsibilities.”

That attitude, and the policies it inspired, survived the end of the Cold War, and indeed were arguably responsible for the US’ ill-fated nation-building efforts in Afghanistan and Iraq.

And if the rising wealth and power of Europe and East Asia, and the corresponding erosion of the US’ relative standing in the world were inexorably making America’s continuing pattern of post-World War II global commitments both anachronistic and economically untenable, it was not until the election of Barack Obama that a US administration began systematically to redress that imbalance.

Convinced by its hugely expensive, open-ended military engagements in Iraq and Afghanistan and its unmet needs at home that America was on an unsustainable path, Obama resolved to bring US global commitments in line both with its core national interests and its material means.

He moved quickly to withdraw troops from Iraq, and, after a brief interlude to buy time for the Hamid Karzai government and placate his own generals, from Afghanistan as well.

And if the rise of the Islamic State of Iraq and the Levant (ISIS/ISIL) forced Obama to re-engage modestly in Syria and Iraq, he did so with palpable reluctance, a refusal to commit US ground troops in lieu of indigenous forces, and a growing insistence on increased engagement by allies.

Ever thoughtful, measured, and incremental in his approach, President Obama was not about to renounce American leadership in the world; but henceforth he resolved that, whenever possible, America should lead from behind.

If Obama sought to modify the thrust of long-standing US foreign policy norms in light of new realities, presidential candidate Donald Trump threatened to take a hammer to them.

Where the traditional foreign policy elite saw the US’ far-flung interests being protected through a global web of long-standing formal and informal military alliances and evolving multilateral trade agreements, candidate Trump saw only a string of “bad deals” and supine American sacrifices to the interests of others.

hands, ‘America First’ is likely to carry a focus on American self-interest as narrowly conceived and tactically viewed, but it is unlikely to be consistently applied where other instincts are in conflict.”]

It was obvious from the beginning that Trump did not share the assumptions or instincts of the largely bi-coastal foreign policy establishment, which quickly struck out at him in signed public documents denouncing him as ignorant, unfit, and dangerously unsteady.

The establishment never thought it would actually confront a President Trump, but now that he is here, he has not forgotten their slights, and has systematically frozen them out.

He has rejected luminaries such as Elliott Abrams and Michele Flournoy as Deputy Secretary of State and Deputy Secretary of Defense respectively, and many of the important lesser posts which would normally be filled by a collection of usual suspects from the traditional Republican foreign policy ranks have thus far remained unfilled.

Fear of the unknown

The greatest fear is that of the unknown, and while Trump’s mantra of “America First” seems clear enough, the ways in which that doctrine might be translated into policy, with few exceptions, are anything but.

The fact is that thus far, the administration has been sending mixed signals: NATO is a collection of deadbeats and should be disbanded, but the US remains committed to it – for now.

Japan is an economic rival taking advantage of the US while benefiting from US military protection, but its prime minister is a capital fellow who must be supported.

Iran is being put “on notice”, and the nuclear agreement reached with it is the worst in human history, but there is no impetus to change it. Both within the US executive branch and in the wider world, confusion reigns.

Some have responded to Trump’s nativism and evident lack of enthusiasm for foreign entanglements, both military and otherwise, by claiming he is an isolationist.

Others have reacted to his belligerent talk of utterly destroying ISIL, his pledge to expand US military power and his evident enthusiasm for nuclear weapons as signs that he is a militarist.

In fact, Trump defies normal categorisation. What does seem clear is that he will be more guided by instinct and impulse than by doctrine.

In his hands, “America First” is likely to carry a focus on American self-interest as narrowly conceived and tactically viewed, but it is unlikely to be consistently applied where other instincts are in conflict.

‘A silver lining in the darkness’

Realpolitik Trump-style could easily include tolerance for Russian domination of the “near-abroad” in return for concessions elsewhere.

After a decent interval, Syrian President Bashar al-Assad could be embraced as an ally against ISIL. And strongmen such as Egyptian President Abdel Fattah el-Sisi would likely receive support without any unpleasantness regarding human rights.

OPINION – The Sheriff of Manbij: US makes debut in the Syrian War

the US will eventually emerge from the Trump presidency, and if there is a silver lining in the darkness it is likely to produce, it is this: Every unexamined assumption underlying the US’ traditional, “internationalist” foreign policy will have been thoroughly exposed and examined, and America will be far better placed to again move forward into a brighter, positive, sunlit upland.

Robert Grenier is a retired, 27-year veteran of the CIA’s Clandestine Service and a former director of the CIA’s Counter-Terrorism Center. In addition to his writing and lecturing, he currently chairs ERG Partners, a financial consultancy firm. 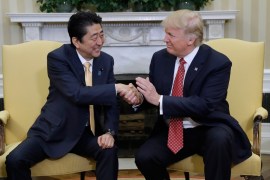 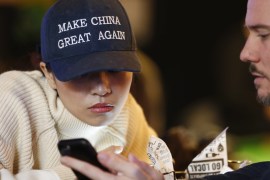 How Trump’s victory was received in Asia

Trump’s electoral victory sent a shockwave of uncertainty across East and Southeast Asia.

The US and Iran: Calling Netanyahu’s bluff