Among its numerous oddities, India is a land of serial elections. Hardly do a few months go by when national attention is riveted on a fresh round of crucial state or provincial polls.

Since the watershed victory of Prime Minister Narendra Modi and his Hindu nationalistic party, the Bharatiya Janata Party (BJP or Indian People’s Party), in the May 2014 elections, there have been state polls in 15 states and Puducherry, a former French colony which is a Union Territory, euphemism for an overgrown municipality.

These elections were conducted in batches or individually on five occasions, signalling that India has been in the throes of a poll almost every sixth months.

But of all these, the most politically significant elections were in the round which concluded on March 11 with the declaration of results.

People in five states voted for a local or state government in regions varying from the eastern fringe, Manipur, bordering Myanmar, to the tiny state of Goa on India’s western coastline.

A country within a country

Voters mirrored India’s social diversity with the four most significant religious communities, Hindus, Muslims and Christians and Sikhs, being present in significant numbers in the electorate.

In the round of polls, which lasted more than two months from January 4 when the Election Commission called for elections heralding the start of a boisterous campaign, the most crucial was in Uttar Pradesh which, besides being India’s largest state, is also politically the most significant.

Of India’s 12 former prime ministers, seven represented this state and even Modi sought election to the Indian parliament from this state after shifting from Gujarat, his birthplace and the state where he was chief minister for 13 years.

In times of size, UP is astonishing, for with a population of 204 million it almost matches Brazil. Equally significant is the fact that 19 percent of its population is Muslim, the religious community periodically locked in conflict with Hindus.

At 38,760,000, the number of Muslims in UP is more than the population of several Islamic nations. Moreover, it must have always been borne in mind that British India was divided on a religious basis and although India opted to remain a secular nation, in contrast to Pakistan which declared itself an Islamic nation, the Hindu-Muslim conflict has been at the centre of several political disruptions and remains an unresolved issue.

OPINION: India’s Bihar election is a test case for Modi

Insecurity among Muslims has increased steadily since the 1980s as the BJP emerged from the sidelines and acquired centre stage. Anxiety about safety and political representation has grown steadily since Modi came to power because of promotion of hardline Hindutva policies.

He is the second prime minister from his party, but the previous administration between 1998 and 2004 was a coalition. Modi led his party to become the first in three decades to secure a majority.

Moreover, Atal Bihari Vajpayee, the previous prime minister from the BJP, was a moderate leader who attempted to sack Modi after the state-complicity Hindu-Muslim riots in 2002.

UP was in the spotlight during these polls because the BJP won 73 of the 80 parliamentary seats in the state in 2014 and was instrumental in providing Modi with a clear majority.

The party had been out of power in the state for 15 years after losing in consecutive elections to regional parties, and this election presented BJP with the chance to stage a comeback.

As the results stored in electronic voting machines were tallied on Saturday, the entire nation watched agape as projections of even the most optimistic of exit polls were overtaken by the results.

When the numbers counter for the BJP and its two small allies eventually stopped rolling, it showed that with 325 seats in the 403-member state assembly, the BJP had won more than 80 percent of the seats.

No party has ever registered such a mammoth tally, not even that of Indira Gandhi, whose best mark was 309 in 1980.

Like all majoritarian or authoritarian leaders who assume office through democratic means, forcing the global community to accord respect, Modi has used India's demographic clout and is regarded as an international star.

With this victory and in terms of popularity, Modi now clearly matches Indira Gandhi, and if he remains on the same trajectory, will eventually overtake India’s first prime minister, Jawaharlal Nehru, who was elected to three terms.

In fact, the verdict is nothing short of an unprecedented renewal of mandate for Modi. All contentious measures undertaken over past several months and divisive statements made in the course of the electoral campaign were endorsed by more than 41 percent of the people, which may be less than an absolute majority but is enough in India’s first-past-the-post electoral system to claim majority approval.

Significantly, the victory is ideological as well as programmatic because despite the large number of Muslims in the state, the BJP did not put up a single Muslim candidate.

From a total of 69 in the previous assembly, the number of Muslim legislators has fallen to 24 but, significantly, there are none in the Treasury Benches, which are the seats allotted to ruling party members and ministers.

In fact, the political isolation and irrelevance of Muslims has come about steadily under Modi, and because this has enabled him to consolidate Hindus behind him, the ploy is unlikely to be given up.

India is firmly under the grasp of a majoritarian idea, and while constitutional rights – irrespective of religion – remain, social isolation has reached worrying propositions. This obviously has left a large number of secular Indians, including Hindus, with a sense of queasiness.

Legitimacy through the results

The verdict also means approval for the controversial decisions to demonetise almost 86 percent of the currency notes in November and making public a counterterrorist military strike in Pakistani territory.

Despite being regarded almost universally as an example of “bad economics”, scraping high-value currency notes has been hailed as “wise politics”.

Similarly, the so-called “surgical strikes” against Pakistan have been lauded even though there has been little decline in terrorist activity in troubled Jammu and Kashmir.

The two issues enabled Modi to build a majoritarian and pro-poor plank for the election and the verdict demonstrates that the strategy has been successful.

In 2014 as well as during campaigns in state elections that have followed, Modi alternated between raising Hindu nationalistic sentiments and populist economic and social measures.

As electoral strategy, this has proved to be an unbeatable combination and currently Modi appears invincible except in states where he is faced with strong regional leaders.

The states scheduled to go to the hustings before parliamentary polls in the summer of 2019 are expected to favour the BJP, enabling Modi to begin his next national election with a huge advantage.

Like all majoritarian or authoritarian leaders who assume office through democratic means, forcing the global community to accord respect, Modi has used India’s demographic clout and is regarded as an international star.

His global following has been demonstrated not just among the Indian diaspora, but also among governments and legislators. Memories of a standing ovation at his address to the joint session of the United States Congress last year is fresh in the mind and this verdict will undoubtedly increase his “wow factor”.

Because the world community looks at final figures and places with more emphasis on economic and security matters, Modi is unlikely to lose friends globally although majoritarianism has moved towards becoming state policy.

His is also seen as an ally in the West-led fight against global terror as a consequence of which, barring odd voices or those from rights groups, few will raise a stink of growing social marginalisation of Muslims and other religious minorities.

India, as the world has known it for most years since independence, is in for deep-freeze. If there was any doubt, this has just confirmed by the staggering verdict from India’s most populous state. 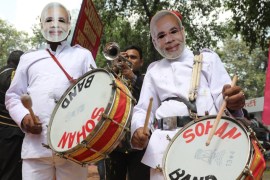 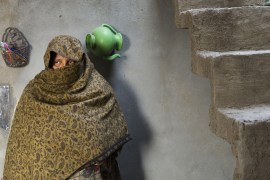