Ankara explained that the main objectives of the cross-border military campaign were to maintain border security and confront the Islamic State of Iraq and the Levant (ISIL) terrorism, and to deny the Kurdistan Workers’ Party (PKK) terrorist organisation – as well as its affiliates Syrian PYD/YPG – a fait accompli to create autonomous zones on Turkey’s doorstep.

In its fifth month, the biggest endeavour of the Euphrates Shield revolves around al-Bab.

The Turkish campaign was proven effective in terms of operational tempo and military-geostrategic progress.

Especially in the initial stages started from Jarablus, Turkey captured its operational targets swiftly. Speaking in military-geostrategic terms, the operation cleared an area of 1,100sq km in the first 50 days, and subsequently controlled an area of 2,000sq km as it reached al-Bab.

The Turkish forces’ achievements in the east of Azaz and Mare towns, and in Dabiq, were especially of key importance in paving the way towards a final push towards al-Bab. Moreover, the operation secured the necessary territorial depth into Syria for Turkey’s defence in order to confront ISIL’s attrition efforts.

As the military operation progressed towards capturing al-Bab by November-December 2016, determining parameters and military characteristics of the conflict shifted. As the fighting carried on, ISIL adopted hybrid tactics – a synchronised form of regular and irregular fighting.

Lessons learned from ISIL’s way of fighting in urban areas suggest that rural belts surrounding villages and towns are where the terrorist network puts up the most aggressive resistance.

Despite the challenges, achieving military victory against ISIL in al-Bab is well within Turkey's capabilities. Yet clearing al-Bab from ISIL would not be the end of the game.

Moreover, ISIL follows a strategy in its defensive action that aims to increase cost and burden on Turkey, rather than defending the urban territory to the last street. In its al-Bab defensive action, ISIL relies on subterranean and tunnel warfare, suicide vehicle-borne improvised explosive devices, and man-portable anti-tank guided missiles.

Geopolitical factors also posed additional challenges to the operation. Al-Bab has remained ISIL’s main stronghold in the west of the Euphrates River, which made its defensive more persistent.

Besides, the slowdown of anti-ISIL operations in Raqqa and Mosul has helped the terrorist group to reinforce and fortify al-Bab. Also, ISIL’s lines of communication around the town were not completely destroyed or besieged before the operation kicked off. This complex battleground brought along increases in Turkish casualties.

Yet, especially with recent Turkish deployments, the fall of al-Bab remains fairly achievable.

The Turkish strategy in al-Bab

From a military strategic standpoint, the Turkish offensive in al-Bab has pursued two simultaneous tactical objectives.

In the west, Turkish forces pushed for fully seizing the critical high ground of Aqil mountain and the hospital district by joint combined arms operations.

In the northeast, elite Turkish troops and friendly local elements have been conducting assaults targeting the ISIL lines of communication in Qabasin and Bza’a towns, as well as outflanking manoeuvres in adjacent areas.

Notably, in the face of emerging challenges, the Turkish military has altered its force composition in the Operation Euphrates Shield. From its outset, the campaign was planned as a joint effort by employing armoured and artillery units, mechanised infantry, air force, unmanned aerial vehicles, and engineering and signal units.

Especially following the al-Bab stage, Turkey has deployed its elite forces from various branches that are experienced in counterterrorism operations, notably units with experience against the PKK in military operations in urbanised terrain.

Deployment of more commando units in Syria shows that the Turkish military’s role has reached well beyond fire-support, armoured manoeuvres, and air strikes to support local Free Syrian Army (FSA) and Turkmen elements. Some experts suggested that such a move was made to compensate for FSA elements’ limited combat capabilities in fighting ISIL.

Even though the United States-led anti-ISIL coalition gave some support to the operation, their stance drastically changed when Ankara decided to push deeper into al-Bab.

In fact, Ankara’s decision – and subsequent divergences between Turkey and the coalition – mainly stems from differences of opinion regarding the PKK’s PYD and YPG affiliates. As illustrated earlier, one of the geopolitical aims of the military campaign is to prevent a pro-PKK corridor in Syria, which is a key national security issue for Turkey.

Major military handicaps emanating from the lack of coalition support have become visible in close-air support and target acquisition missions, especially in unfavourable weather conditions. The frustration in Turkey was so big that even the use of Incirlik airbase by the coalition members has come under debate.

Interestingly, at a time when Ankara criticised the West for its lack of support, Turkey has started to conduct joint air operations with Russia over al-Bab since mid-January. The operations were reported effective in breaking ISIL’s resistance hubs, and marked a turning point in the course of the Syrian Civil War.

This cooperation was even reinforced by the Astana talks. Yet Turkish-Russian relations are so complex in nature and cover a much broader geopolitical context, so that speculating on the future horizons may not be accurate for the time being.

Likewise, US President Donald Trump’s recently voiced perspective on setting safe zones in Syria would also be a major determinant in Turkey-US relations regarding Syria. Clearly, such safe zones can translate the Operation Euphrates Shield’s operational achievements into permanent gains by recognising the FSA and Syrian Turkmen control over the secured areas under Turkey’s military oversight.

Yet Ankara would strongly disagree with the Trump administration if such a safe zone plan were to include a PYD dominance area. All in all, the fate of the Syrian Civil War depends on a set of different variables, while recent developments in Idlib remain a wildcard.

Despite the challenges, achieving military victory against ISIL in al-Bab is well within Turkey’s capabilities.

Yet clearing al-Bab from ISIL would not be the end of the game. At that point, holding the town and maintaining stability would mark a new beginning in Turkey’s cross-border counterterrorism efforts in Syria.

In this respect, Ankara should focus on both its diplomatic capabilities and its firm control over the local friendly groups in Syria that will most probably maintain the stability in al-Bab once the Turkish troops accomplish the first major phase of the operations.

Can Kasapoglu is a defence analyst at the Istanbul-based think-tank the Center for Economics and Foreign Policy Studies (EDAM). 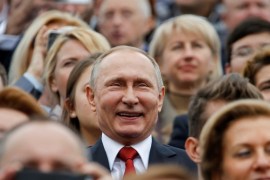 For the anti-ISIL strategy to succeed, having a serious strategic dialogue with Turkey would go a long way.

A rehearsal for war?