Most world leaders are having a hard time adapting to Donald Trump’s foreign policy style. None of his seemingly capricious decisions fit within the staid models of diplomatic consistency or the genteel practice of back-channel advance signalling to key partners that change may be coming.

The news is brutal, direct, and straight from the president’s mouth. This, of course, is hardly surprising given that the traditional foreign policy bureaucracy has been almost completely shut out of an emerging system that focuses on the construction of a strong leader’s mastery of the “art of the deal”, rather than the elitist “art of diplomacy”.

Understanding the confusion begins with a look at the people who make foreign policy go. Of the dozens of political appointments a president makes to his foreign policy team, only a handful of cabinet secretaries have been confirmed.

Exacerbating matters are the problems each is having in getting their preferred deputies through Trump’s personal loyalty vetting machine.

The optimist might point to the thousands of career diplomats at the Department of State, some of whom are now temporarily sitting in the most senior policy chairs, sage advice ready to hand.

Yet, there is little sign these professionals are being heeded, and we can probably assume that as a group they are persona non grata in the White House after more than 900 of their number signed a dissent memo criticising Trump’s earliest foreign policy decision on the travel ban directed against Muslims from seven countries.

Normally this state of affairs would be of great concern to the president and his closest political advisers, but this may not be the case with a transaction-minded, deal-making Oval Office.

In fact, clearing out the gaggle of irritating questioning voices of foreign policy professionals may be something of a relief for the president.

Strength and highly visible assertion of greatness seems key – not patiently navigating the pitfalls and opportunities of the diplomatic process for the sort of deeper but more amorphous long-term gain that comes with quietly coordinating the rules of the international system.

The foreign policy style emerging from Trump’s Washington thus appears to be a hyper-transactionalised form of “presidential diplomacy” driven by a winner-takes-all understanding of foreign affairs and diplomacy.

Traditionally, presidential diplomacy sees a president shunt aside his foreign minister and diplomatic apparatus to take a direct, personal, active, and sustained engagement in the conceptualisation and execution of foreign policy.

It differs from the standard presidential role in foreign policy in which diplomacy is left to the professionals and the leader’s engagement largely limited to the constitutional minimum.

In other words, presidential diplomacy sees the president personally drive the policy-making process, give clear direction to executing agencies, and actively partake in the implementation through repeated deployment of the gravitas of his office.

What Trump has yet to discover is that cutting a real estate deal is decidedly simple when compared to the complexity of using foreign policy to kick-start something as amorphous as a national economy.

A central assumption with presidential diplomacy is that the president has a clear vision of how foreign policy can be used to advance his primary policy agenda.

Two different illustrations can be found in the United States’ neighbourhood. Under the Brazilian presidencies of Fernando Henrique Cardoso (1995-2002) and Luiz Inacio Lula da Silva (2003-2010) presidential diplomacy was effectively deployed for the clear policy goal of national development by establishing Brazil first as a credible country and then as a dynamic economy at the centre of the surge in South-South relations.

An alternative usage comes from Venezuela, where Hugo Chavez adopted an antagonistic attitude towards the US to help prop up his regime.

Indeed, Chavez most likely learned this skill from the Castro brothers, who never failed to pick a fight with the US when they needed to divert attention away from domestic economic and political challenges.

The point in each of these radically different examples is that the president had a clear and concrete policy goal in mind and successfully took personal control of foreign policy with an explicit plan to advance these priorities.

With Trump there is some certainty about his stated goal – Make America Great Again – but little clarity about how he plans to go about practical policy terms, a problem that is particularly acute in the realm of foreign policy.

Trump’s turn to presidential diplomacy appears to be a leap of “businessman’s intuition”. His clear belief is that new deals are needed to make America great again, and he, as the consummate deal-maker-in-chief, is obviously the man to get them done.

Logic tells him that the people with whom the deals need to be made are his counterparts in other countries. In best property development fashion, it is the boss of the company that meets with the head of the other company to get things done.

Once the handshake is taken the minions are called in to iron out the details, which are, of course, subject to renegotiation should Trump change his mind.

What Trump has yet to discover is that cutting a real estate deal is decidedly simple when compared with the complexity of using foreign policy to kick-start something as amorphous as a national economy.

While photo ops and high-minded discussions with other world leaders might assuage Trump’s ego, being the toughest negotiator in town is going to mean little if there is no underlying policy coherence, which means he needs to appoint and listen to highly qualified people. This includes those who may not fit neatly into his idealised blueprint of unquestioning personal loyalty.

Given the size of Trump’s ego and his need to continuously be in the centre of an adoring spotlight, it is highly unlikely that he will back away from his self-conceived role as toughest negotiator on the global stage.

The very real risk is that he will continue confusing the “art of the deal” with the “art of diplomacy”.

Until Trump figures this out, presidential diplomacy risks being like one of his failed business ventures – lots of expensive show with little underlying substance that leaves a trail of broken businesses and suppliers in its wake.

The added danger now is that stakes have risen exponentially, meaning that his failures could very well lay waste to whole countries, including possibly his own.

Sean W Burges is a senior lecturer in International Relations at the Australian National University and visiting scholar at Carleton University. He is the author of Brazil in the World: The International Relations of a South American Giant, Brazilian Foreign Policy After the Cold War, and more than 30 scholarly articles and book chapters on inter-American affairs and South-South relations. 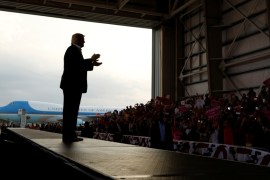 Ten things Iranians can do to preempt a Trump war

Donald Trump wants the US to go to war with Iran, but Iranians can still stop or at least delegitimise his efforts. 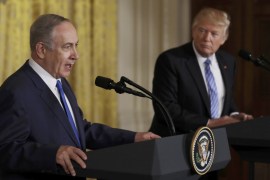 The scandal and tragedy of Lula’s corruption conviction