On October 31 last year, a large crack opened in the Larsen C ice shelf in Antarctica and a huge iceberg, 5,000 square kilometres in size, will likely soon calve into the Southern Ocean.

Although visible at ground-level and from the air, the full extent of the crack can be properly appreciated only from space, and monitoring with satellites, including Europe’s Sentinel-1, shows that it has grown rapidly in the past few months.

Although it is impossible to be sure, many scientists are concerned that the imminent collapse of the Larsen C shelf (and that of Larsen B in 2002) is linked to climate change. Regardless of this specific question, however, the temperature of Earth’s air and the quantity of heat trapped in its oceans continue to grow relentlessly, with 2016 just recently declared the hottest year on record. The likely consequences for our civilisation owing to unchecked climate change are truly alarming.

But the Larsen C episode serves as a wider metaphor for climate change and a whole host of other pressing issues around the world. It is taking place in a remote location and, by the standards of attention spans these days, happening rather slowly. Thus, as it flickers by on the news, most people consider it to be a curiosity that doesn’t concern them much, if at all.

As a result, it seems to many as if this modern-day “canary in the coalmine” can be safely ignored or, if it suits a particular short-term and/or self-serving agenda, perhaps denied altogether.

There are many forms such denial can take. For example: who knows whether those satellite radar images are real or fake? We’re all familiar with the wonders of Photoshop: perhaps they’ve been adjusted?

Or even if the crack in the Larsen C shelf is real, what about the underlying causes? Is it just “noise” due to weather. Even if it’s getting warmer in Antarctica, it’s cold today in Western Europe, so perhaps it’s all just swings and roundabouts.

Or even if the world is getting warmer, it’s happening slowly enough that it’s hard for humans to really feel the difference year on year, so it can’t be important. Perhaps it’s due to the Sun or other causes we have no control over, and nothing to do with the massive amounts of greenhouse gases that humans are pouring into the air. If so, then it seems reasonable just to shrug your shoulders and mumble “What can you do?”

Or maybe, just maybe, it is our fault and we are marching the world over a precipice to a place where it will be very hard for human civilisation to survive. But the response then seems to be that it’s far too complicated and scary a problem to deal with, and what can I do about it as one person anyway? Let’s watch the football.

Welcome to the world in 2017: for many, scientific facts and measurements and their consequences seem remote. Some consider them complicated and boring, best left to others to worry about. Or so large-scale and terrifying that we’re paralysed, seeking solace in distraction. Perhaps progress has rendered scientific processes and complexity invisible, hidden behind a shiny user interface and working like magic.

For others, science and its predictions may be viewed as inconvenient with respect to a specific belief or agenda. In such cases, science must be doubted, repudiated, and undermined by any means possible.

But do you know what? Science doesn’t care. It really doesn’t.

The laws of physics are going to continue heating up the planet in response to increased levels of CO2 whether we’d like them to or not. Whether we deny them or not.

Left to their own devices in a world of growing fossil fuel consumption, ice shelves will melt and glaciers will run into the oceans at increasing rates. Sea levels will rise, cities will flood, weather will become increasingly unstable, and crops will fail. Millions will struggle for resources, leading to mass migration and war.

None of that will be nice, but science doesn’t care much about “nice” either.

Whether we like them or not, whether they fit our agendas or not, science, facts, measurements, and rational thinking lie at the very core of the modern world. They keep our energy, fresh water and sewage systems running; they keep our aircraft flying; and they help us to keep mutating bacteria and disease at bay. With a sense of cruel irony, they even provide us with the tools of mass distraction, including our 4K TVs, smartphones, and Clash of Clans.

To some extent, ignoring these realities is manageable, as long as some benign Wizard of Oz keeps things running behind the curtain for us. But clearly there’s a limit to this and we’re edging ever closer to it. In today’s complex world, people need to be more aware of how all of this works, not less – to have some understanding of the possible consequences of inaction.

Humans are smart, with demonstrated ability to take on big challenges. Thanks in part to science and technology, the world’s population continues to rise, along with living standards, leading to increased pressures on essential resources such as food, water, housing, and energy. There are ways of addressing such concerns.

But many of the key issues facing us today, not least climate change, are no respecters of lines drawn on maps or other artefacts of human history. To solve them, we need more international cooperation and integration, for the good of humankind and our communal natural environment as a whole. We need to build a more educated, rational society where evidence-based policy is developed, understood, and embraced by citizens and their governments, even when complex.

It would be naive to suggest that this is simple, but it seems immoral to suggest that we shouldn’t even try. As our world grows evermore complex, it asks a lot of our governments, institutions, and the public as well, and inevitably things will creak and groan as the pressures continue to increase. But again, we must try: the alternatives are unacceptable.

In particular, we cannot allow facts, evidence, and the laws of physics to become contingent, negotiable, or discarded as inconvenient.

Denying the facts won’t change the facts. Doing so can, however, make it much more difficult for society to deal with the consequences of those facts, and in areas such as climate change, we only have a narrow window in which to make critical decisions and act on them before it’s too late.

We need to embrace science and the information and insight it offers us. There are many examples of where science is critical to the wellbeing of humankind. Returning to the example of space, satellites provide a short-term view of the weather, but also long-term monitoring of climate and the Earth’s environment, and how they are changing in response to human activity. They can also provide vital, near-instant information and communications in times of disaster and crisis, whether natural or man-made.

OPINION: A heatwave in the Arctic, a Trump in the White House

Beyond Earth itself, space exploration provides a clear demonstration of the power of international collaboration in coming together to meet extraordinary challenges, whether it’s astronauts working together on the International Space Station or robotic missions such as Rosetta’s landing on a comet.

These great adventures can also inspire children and bring them into STEM subjects. There they learn the tools needed to make sense of our complex world and to help provide solutions to its many problems. It will also, we hope, ensure that they will bring a rational, deliberative approach to their role as citizens.

It’s the job of those citizens to weigh up the evidence and act responsibly. They need to build and support governments and institutions they believe will take the best approach to looking after their interests, but also those of the wider world we all live in together. They also need to hold them to account if they fail to do so.

Again, science doesn’t care whether or not we do this.

But our children and grandchildren will. If we hope to survive as a species, we humans should be open, honest, and completely pragmatic about the clear advice science is offering us about the problems we are facing and cooperate internationally to find solutions. To do otherwise is a gamble we cannot afford.

Professor Mark McCaughrean is the Senior Adviser for Science and Exploration at the European Space Agency. The opinions expressed in this article are his own and do not necessarily reflect those of the Agency. 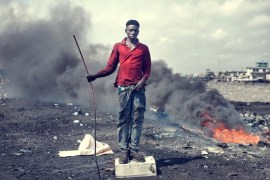 The images that capture the consequences of our changing climate on the people most affected by it. 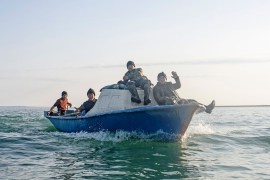 Who is affected by climate change, and how?

Some are affected by drought, others by extreme wet conditions, some by heat and others by harsh winters.