When it started raining during President Donald Trump’s inauguration ceremony, Reverend Franklin Graham interpreted it as a sign of God’s blessing. A few hours earlier, Trump had heard from Pastor Robert Jeffress that “it is God who removes and establishes leaders”.

Trump is not an obvious candidate to represent the Jesus-like, enemy-loving, turn-the-other-cheek, self-sacrificial servant-leader of the Christian gospels. But he has made it clear that he understands his role as a defender and protector of Christianity: from statements such as “we are going to say Merry Christmas again!” to his pledge that “We will respect and defend Christian Americans. Christian Americans.”

His rhetoric tailors to a persecution complex prevalent in some evangelical and other conservative circles. “We are going to protect Christianity,” Trump asserts, “Christianity, it’s under siege.” As one commentator put it, “There is a sickness in American Christianity, and Trump is feeding on it.”

It is precisely such statements that have made Trump the darling of some Middle Eastern Christians in the midst of what they perceive to be a systematic onslaught on the Christian presence in the region.

According to Najwa Najib, (a London-born, Chicago-based Lebanese-Assyrian Christian), Trump is good for, and has the support of, Middle Eastern Christians because “‘Protects Christians’ is the main, though rudimentary, deciding factor there, given how few options we have and how great the risk to our continued presence in the Middle East is.”

Friends of Donald J Trump in Lebanon‘s facebook page proudly posted Trump’s tweet on January 29: “Christians in the Middle East have been executed in large numbers. We cannot allow this horror to continue!” – prompting one user to comment, “it’s as if Muslims in the region are living in tranquility!”

Trump has successfully marketed himself as the protector of Middle Eastern Christians just as Vladimir Putin – described by the International Christian Union as the man “to whom Christians resorted to prevent the expansion of ISIS in the East” – has done in relation to some Syrian and Lebanese Christians, in particular.

Ostensibly, there is no harm in having a US president champion your cause. Who wouldn’t want Donald Trump to protect Middle Eastern Christians if they are indeed being persecuted?

Upon closer scrutiny, however, such claims are nothing more than a cheap political exploitation of Middle Eastern Christians as pawns to score points on the domestic front. As Daniel Williams pointed out in the Washington Post, “it is less a show of concern for Christians than a shot at his predecessor … to show that he cares more about them than Obama did, presumably to please some of his American Christian supporters.”

Furthermore, the far right uses “minorities” in their political discourse and ideologies as examples of how Islam hates anything associated with the West and how Islamic values are inherently incompatible with Western values. As Najib unequivocally expressed: “We can now interject with a pointed ‘um, no’ when Muslims in the West claim that they pose no danger to America because they live ‘side-by-side with Christians’ back home … We can warn people about what happens when you give Muslims an inch.”

The problem with said discourse is not in the fact that Christians and other religious minorities in the Middle East (such as the Yazidis and Baha’is, among others) do have valid concerns and legitimate grievances – and these differ from country to country owing to different political and religious contexts.

Indeed, Muslim-majority nations should be open to an honest discussion in relation to the treatment of non-Muslims, and to reform laws and practices that violate the freedom of religion and conscience.

Nonetheless, the danger in Trump’s narrative lies in the conceptualisation of a clash of civilisations between a Muslim and a Western bloc, with Christians residing in the Middle East forming a sort of “external” or “foreign” phenomenon that needs to be saved in isolation of the geographical, political, economic, social, and cultural milieu they have been born into and have been interacting with for generations.

Trump's proposals can only save Middle Eastern Christians in the way that the US 'saves' Israelis: by giving them preferential treatment as colonial settlers in need of support and protection.

As the Archbishop of Westminster Cardinal Vincent Nichols said about the “Muslim ban”, it encourages “the ‘false notion’ of a conflict between Christians and Muslims while wrongly suggesting Christianity is a ‘Western phenomenon’.”

It is also worth noting briefly that the notion itself of “Middle Eastern Christians” is problematic. Do they form one bloc? Can Christians in any Middle Eastern country be treated as a single entity?

In fact, Trump’s proposals can only save Middle Eastern Christians in the way that the US “saves” Israelis: by giving them preferential treatment as colonial settlers in need of support and protection.

But a good portion – arguably a majority – of Christians in the region, judging from the statements of the clergy and politicians, do not see themselves as the Israelis do in relation to the US.

Louis Raphael Sako, Archbishop of the Chaldean Church in Iraq, described Trump’s travel ban that maintained an apparent special provision for Christians as a “trap” for Middle Eastern Christians and as ultimately harmful in the long run. Such notions, he said, feed into extremist ideologies that view Christians in the Middle East as “foreign bodies, and as groups protected and supported by Western powers”. Those who need support, according to Sako, should not split up or religiously categorise the region.

Sako’s statements echoes a vast body of literature and official Church documents, especially since the Second Vatican Council, that lay out the vision for cooperation, coexistence, dialogue, shared lives, solidarity, empathy, and a coming together rather than an isolationist view of a Christian Church that sees Muslims as the “other”.

Suffice it to mention a relevant point from the 1992 Easter Letter on the Christian presence in the East from the Council of Eastern Catholic Bishops. It states that “it is not enough for some of us to be [living] next to each other, but we ought to be with one another, for the good of the human being in our countries.”

OPINION: Diversity in disunity in the Middle East

One bishop interpreted it as meaning: together (Christians and Muslims), we defend the suffering human being in our Orient, and we defend his rights and dignity.

This is not what some would describe as left-leaning politically correct propaganda. It is a representative sample of what the various conservative Eastern Christian Churches preach and seek to practise, especially in times of crisis when their declared mission to be witnesses to the Gospel is put to the test.

In this light, the focus in any discussion of Middle Eastern Christians should be on eradicating ISIL and the threat it poses to non-Muslims and Muslims – and to anyone who does not adhere to their ideology, including atheists.

The focus should equally be upon the needs for justice and accountability on account of the crimes against humanity and war crimes that have taken place in Syria and Yemen; and on the socioeconomic problems in the region exacerbated by corruption and oppressive regimes – without forgetting the continued oppression of the Palestinian people and any member of a minority who is being persecuted or discriminated against on grounds of religion, belief, race, sexual orientation, political opinion and gender.

“It is not enough to be next to each other, but we ought to be with one another.” Any individual who preaches otherwise should be considered a false prophet, not a saviour.

Halim Shebaya is a Beirut-based analyst. He teaches in the School of Arts and Sciences at the Lebanese American University. He holds an MDiv in Theology (NEST), MA in Middle Eastern Studies (SOAS), and an LLM in Public International Law (Nottingham). 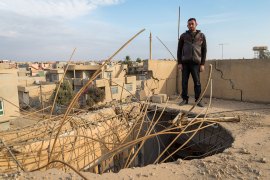 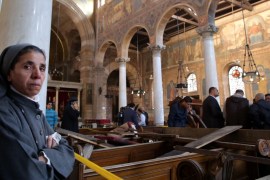