Economic sanctions have been used increasingly in the past decades to advance foreign policy objectives. International law recognises only “collective or multilateral sanctions” applied in accordance with Chapter VII of the United Nations Charter. Unilateral sanctions are, as their name suggests, applied outside the UN collective. Yet the most widely used forms of economic pressures are unilateral trade sanctions in the form of embargoes and/or boycotts, such as we are currently witnessing against Qatar.

There is only one problem: unilateral sanctions are not permitted under international law. They breach numerous core principles of the UN Charter, such as sovereign equality and territorial integrity, nonintervention and the duty to cooperate. They also violate core principles of UN’s Declaration on Friendly Relations. Also, the (illegal) extraterritorial application of one’s sanctioning legislation breaches certain basic tenets of general principles of international law. The list of violations caused by unilateralism also includes human rights abuses caused by sanctions.

In this context, it is not surprising that Qatar is considering legal action against its neighbours, demanding compensation for losses incurred as result of the ongoing blockade. The country may even take its case to the International Court of Justice (ICJ). Qatar may or may not succeed in this legal battle, but one thing is certain: courts will be busy for a long time and the contestants will be forced to spend a lot of money.

The list of demands that Saudi Arabia and other Arab countries say Qatar must comply with, in order to end the diplomatic and trade siege they imposed on the country, is also incompatible with the basic principles of international law. Demands for the closure of Al Jazeera media network and its partners, for regular audit of Qatar as well as of the conduct of Qatar´s international relations, for instance with Iran, all flagrantly breach Qatar’s sovereignty, as well as the principle of freedom of speech. It should be obvious to the boycotting states that it is Qatar and Qatar alone that may decide on such matters.

The pragmatic wisdom of geopolitical reality should compel the parties to the conflict to a negotiating table, since Saudi Arabia, the UAE and Qatar will have to continue to exist in the region as neighbours.

Claims of sponsorship for different terrorist groups made by the boycotting states are an even more muddled issue, not only because some of the listed groups have been democratically elected (such as the Muslim Brotherhood in Egypt in 2012 and Hamas in Gaza in 2006) but also because the accusing states themselves are also in the business of supporting various terrorist groupings. It is the principle of non-intervention (e.g. Nicaragua Case 1986) which applies to the case, regardless of any eventual accords between the contesting parties.

Courts will eventually decide on these matters, and law may, in time, be able to contend the conflict, but it will not be able to normalise neighbourly relations. Yet the pragmatic wisdom of geopolitical reality should compel the parties to the conflict to a negotiating table, since Saudi Arabia, the UAE and Qatar will have to continue to exist in the region as neighbours. Article 2.3 of the UN Charter obligates all Members to “settle their international disputes by peaceful means in such a manner that international peace and security, and justice, are not endangered” (emphasis added). The Charter is based on the preference for dialogue as the only means of peaceful settlement of disputes.

What has been mostly forgotten in this context is the Islamic legal viewpoint. As Muslims and neighbours, the parties concerned in the present crisis are enjoined to observe the rules of good neighbourliness as prescribed in the Quran (Surah An-Nisa 4: 36). In this light, the boycott exercised by Saudi Arabia and its allies not only contradicts international law, but also Islamic law. How could these Muslim countries impose a total embargo or boycott on a neighbour, when the duty to neighbours in Islam includes comprehensive obligations of assistance and protection? Also, the boycott has resulted in breaking of families, which is also against the teachings of Islam (Surah Muhammad 47:22).

It should also not be forgotten that justice is a central theme in the teachings of Islam, and justice functions in a legal sense as well as a divine sense. Numerous verses of the Quran include injunctions to this effect, such as Surah Al-Ma´idah 5:8, Surah Fussilat 41:34 and Surah An-Nisa 4:135. It is, therefore, quite surprising that the golden tenet of justice has been ignored by the boycotting countries.

It is amply evident that both the teachings of Islam and international law do not condone the actions taken by the boycotting countries against Qatar. In fact, the actions aggravate the already highly volatile region and could trigger a bigger conflict, adding to the misery of the innocent civilians in the region who have already suffered immensely. There is a lot to learn from the fate of Iraqis, Libyans, Syrians and Yemenis. Also, it should not be forgotten that there is always someone who profits from the regional division: divide et impera (divide and conquer) has long been the maxim of men like Julius Caesar and Napoleon Bonaparte. Such men also exist today.

The present crisis in the Gulf needs the prompt involvement of those who can restore the wisdom of good, neighbourly relations between the contestants, on the basis of dialogue and respect for international and Islamic law. 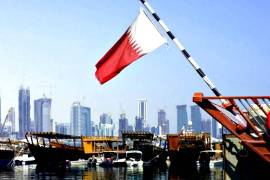 Who is to blame for the impasse in the GCC crisis?

The emir of Qatar says he is ready to talk but that blockading countries have no desire to. 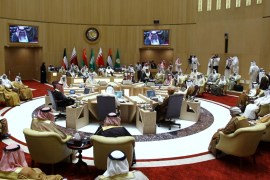 Will the GCC fall apart?

A meeting of the GCC countries is scheduled for December and decisions will need to be made on its future.