Theresa May celebrated her sixty-first birthday on Sunday. A video appeared of her supporters giving the British premier a rendition of Happy Birthday described even by a supportive newspaper as “excruciating”. It was filmed on the first day of her Conservative party’s annual conference. Her keynote speech went badly – a prankster handing her a fake dismissal notice to the delight of the attendant media – the branded sign behind her promising a better Britain collapsed, and a painfully embarrassing dry throat and persistent cough betrayed her nervousness.

The front page of the Sunday Times, also usually a pro-May newspaper, had spoiled her celebrations further with a devastating splash. Insiders claimed she was “on the edge of breakdown” under the pressure of Brexit, combined with dashing around the world trying to secure replacement trade deals. Party insiders have suggested up to four in five of her MPs may have stayed away from the annual conference. At a time when Britain needs energetic leadership more than most, Number Ten has a decidedly average tenant.

Nowhere is May’s inability to lead more obvious than in her naivete about Donald Trump and trade. Egged on by anti-European hardliners, she has hoped to tempt Trump into a dazzling new commercial arrangement now Britain is outside the European Union. Not only has she offered him a highly controversial state visit, but has been deliberately slow to criticise his bigoted approach to Muslims, and favourable overtones towards neo-Nazis.

All the flattery now appears to have been for nothing. May’s terrible birthday was rounded off with news of a new trade war, instead of a trade deal, with the United States. The US Department of Commerce accused aviation firm Bombardier of receiving too much state aid from the Canadian and British governments, and have suddenly levied a 219 percent tariff against a significant part of their business.

Bombardier may be Canadian – but some four thousand Northern Irish jobs are now at risk – because the wings for the planes are made in an enormous factory in Belfast, upon which much of the Northern Irish economy relies. Worse still, both sides of the peace process have said the fragile truce is now at risk. The move even threatens the stability of the Westminster government, because the factory lies in the heartland of the Democrat Unionist Party, currently in coalition with May’s Conservative Party.

What makes the move so striking is that the Boeing-Bombardier animosity is nothing new; these kinds of struggles have gone on for decades, but normally without such punitive consequences. No doubt the allure of a protectionist president in the White House, and a weak United Kingdom outside of the EU, has emboldened the Boeing lawyers.

Thousands of jobs, peace and prosperity in Northern Ireland, the stability of her own government, and the future of the UK, are now all at risk.

May has threatened retaliatory tactics are now on the way, as it becomes clear that Trump has duped her. The sway Britain has with the US is over-estimated though, by both her and the Brexiteers crowing to get out of Europe, too many of whom she has welcomed into senior cabinet positions.

When May flew across the Atlantic to meet Trump this time last year to kick off trade talks, Trump duly nodded along, but no American newspaper gave May a front-page splash. Instead, the glory of New York Times, Chicago Tribune and Washington Post front pages fell to Mexico’s President Enrique Pena Nieto, who was visiting Trump at the same time. The fifth largest economy in the world had been deemed less important than the fifteenth. How could this be?

Although Trump’s anti-Mexican policies made the Nieto visit perhaps a sexier story, trade figures also explained the discrepancy. American annual trade in goods and services with Mexico comes to an estimated $579.7bn, making them the country’s third most important trade partner. Meanwhile, UK annual trade comes to only $100bn.

If Trump is prepared to declare trade wars on top partners like those then, why would he hesitate to declare war on Britain too? Only last month he announced plans to withdraw from a free trade deal with South Korea, an economy with which the US trades roughly the same as Britain, and the Bombardier tariffs look like empirical evidence his priority really is “America First”.

The hedge against Trump declaring a global trade war would have been to remain a member of the EU, which accounts for nearly $700bn in trade with the US – or seven times as much as the UK does, and a sum far greater than that of China, or Mexico, or Canada. A trade war would be threatened, but even Trump might not make good on it. The combined gross domestic product (GDP) of the EU is after all equal to that of the US, and the EU has a far larger population, which matters when it comes to trade.

Brexiteers need a wake-up call too then – Trump tariffs are what life outside the EU really looks like. Putting their faith in Trump was folly. When the new president said “America First” – it turns out he meant it. May listening to them was equally stupid. After all, the challenges presented by the Bombardier tariffs are only a taste of things to come. On Thursday, Trump indicated he would oppose a new UK-EU agricultural deal, in a move designed not to hold the UK’s hand, but to force it, and exploit the UK as it leaves the EU.

There is time for May to turn this tariff disaster around though – the US Department of Commerce still needs to take a final decision, and they likely wouldn’t be fully imposed until February.

The real question is whether she has it in her to take on Trump, Brexit, or anything else. Nothing about her premiership so far has suggested she does. Perhaps those plotting to remove her might get on with it. Thousands of jobs, peace and prosperity in Northern Ireland, the stability of her own government, and the future of the UK, are now all at risk.

Editor’s note: A previous version of this article incorrectly claimed Airbus was involved in a dispute with Bombardier. 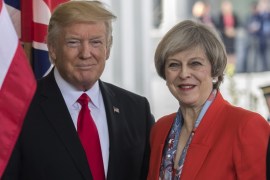 With Brexit, Theresa May is seeking alternative free trade partners, but Trump’s nativism is standing in her way. 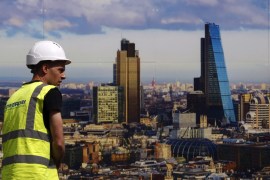 The big winners of a post-Brexit controlled migration system will not be British workers, but unscrupulous employers.