The royal decree came on a Tuesday during the month of Muharram, while many of the world’s Muslims were mourning. Announced simultaneously on Saudi state television and via a live media event in Washington, DC, King Salman’s directive granted Saudi women, eternal passengers until now, the freedom to drive.

They would be able to apply for and obtain driver’s licenses, and when they had them, they could drive around the Kingdom of Saudi Arabia without the presence of a male guardian. The news, eagerly disseminated via Twitter, engendered great jubilation just about everywhere. “This is a huge step for us,” one Saudi woman breathlessly exclaimed; the lifting of the ban was not just about driving, she gushed, it was a metaphor for Saudi women taking control of their own lives. Western women lavished their congratulations, their public praise underscoring a covert recognition of their own advanced freedoms; their luck at not being born in Saudi Arabia.

It is no surprise that the driving decree was greeted with such profuse praise. The world loves simple solutions and here was a particularly appealing one, basic and binary, black and white, easy to applaud. Now that Saudi women could drive it suggested; a constricted society, proudly patriarchal until now, had been transformed into the venue for a feminist victory.

But simple solutions are often deceitful ones, using how things may appear to cover up how things actually are. The Saudis did just that this past Tuesday, utilising the simplicity of the driving-as-freedom metaphor as a front to distract from the real complications of faith and gender and long-denied equality. The proof is in the pronouncement itself, its glib grant of the freedom to “drive” without a male guardian covering up its smug silence on the larger issue of guardian-free travel itself. The detail is just the sort to be overlooked by all those unfamiliar with the whims and fiats of the Kingdom, an oversight the architects of this Tuesday’s ban-lifting spectacle were counting on. The grant of an almost freedom thus stood in for a promise of actual change or any real recognition of equality.

A real advance in the project of empowering Muslim women and recognising their right to equality can never come from the Kingdom of Saudi Arabia. The reason is simple: championing as it does literalist and de-contextualised readings of Islamic holy texts, the Kingdom and its clerics will never support the teachings of Muslim feminists who are pushing for just that. These women, who include scholars such as Dr Amina Wadud and Dr Asma Barlas among others, have used textual analysis of Muslim religious sources to argue that the Holy Quran enshrines gender equality as a central tenet of faith. Barlas, author of “Believing Women in Islam,” shows how only six out of six thousand verses in the Holy Quran have been used by male scholars to impose male-dominated readings on Muslim women. It is just these sorts of male-dominated readings, intent as they are on discounting the patriarchal context of the men who first produced them, that are the mainstay of the Saudi understanding of gender, their insistence that gender equality is antithetical rather than inherent to Islam.

Saudi intransigence towards Muslim feminism and the project of recognising gender equality could be ignored were it not for the fact that the Kingdom and its scholars claim the provenance of defining true Islam for the rest of the Muslim world. It is on just this basis that they insisted the driving ban (and all other restrictions on women’s autonomy and leadership) was grounded in Islamic teachings. Driving may be off the list of forbidden acts for females, but everything else remains on it.

The intrigues of strategic manoeuvring should not detract from the truth that the Kingdom's orientation towards the position of women within Islam is diametrically opposed to those who are pushing for a gender-egalitarian understanding of Islam.

The lifting of the Saudi driving ban is not motivated out of concern for women’s rights but rather strategic interest. The story proceeds thus; for as long as it served their purposes, the Al Saud monarchs of old refused to budge in their insistence that women could not be permitted to drive. Then came the pressing prerogatives of the present moment; the lifting of the driving ban now had the potential to be just the feel-good smokescreen that could detract from more noxious issues such as the suppression of dissent within the Kingdom and the slaughter of Yemeni civilians just beyond it.

In the interest of rescuing brand Saudi Arabia, a shred of misogyny was thus sacrificed; that the lifting of the ban was telecast not only in the Kingdom but also via a live media event in DC explains all the rest

The intrigues of strategic manoeuvring, however, should not detract from the truth that the Kingdom’s orientation towards the position of women within Islam is diametrically opposed to those who are pushing for a gender-egalitarian understanding of Islam. In still insisting that women can never lead, must beg guardians for permission to travel, to open a bank account, to enroll in university, must be subservient to husbands, to fathers and even to sons, Saudi clerics deny outright any possibility of equality between the sexes, discarding the precept as a foreign imposition.

Viewed under this overarching lens, the lifting of the driving ban is best understood as an allowance of convenience, instituted not because it is likely to have wide and far-reaching implications, but precisely because it will have few or none. The reality of Saudi Arabia substantiates this reading; a majority of Saudi women (none of the kingdoms millions of migrant workers are included in this designation) are able and willing to afford chauffeurs, and driving for many will be a matter of sport or spectacle, an opportunity to have his and hers editions of fancy new cars. Jaguar and Cadillac know this and have already begun advertising to them.

The precept that the lifting of Saudi Arabia’s driving ban suggests a new and different future for Muslim women disregards the work of Muslim feminists who have actually been working towards this goal. Jubilation at the lifting of an arbitrary edict, an example of how the Kingdom of Saudi Arabia has used Islam to cover up its misogyny, is to recognise the legitimacy of the use of faith as a cover-up for laws and edicts that have nothing at all to do with it. Muslim women can do better than that; Muslim women are doing better than that. As long as the rights of millions of Muslim women remain subject to the whims of male monarchs, driving around is at best a fake freedom.

Rafia Zakaria is an attorney and author of The Upstairs Wife: An Intimate History of Pakistan; and Veil.

Who benefits from Pakistan’s loss of US aid? 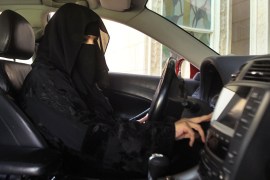 Is Saudi Arabia on a reform path?

Women in Saudi Arabia are finally being allowed to drive from next year following a decree issued by King Salman. 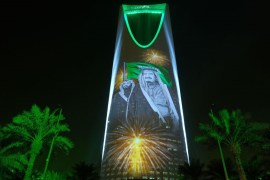 Some state scholars continue to stoke discrimination against minorities despite reform efforts, according to HRW report.