A spectre is haunting Hollywood – the spectre of a sexual predator named Harvey Weinstein. All the powers of liberal elite have gathered their forces to exorcise this infamy. From New York Times and the New Yorker to the Academy of Motion Pictures Arts and Sciences down to every website and tabloid from coast to coast. What they could not do to Donald Trump now they are determined to do to Harvey Weinstein with a vengeance: Scandalise and run him out of town, as if he were an effigy of Donald Trump.

In October 2017, The New York Times and The New Yorker came out with two bombshell exposes that dozens of women in the film industry had accused Harvey Weinstein, a prominent film producer, of sexual harassment, sexual assault and even rape.

Scores of other prominent actors – including Gwyneth Paltrow, Angelina Jolie, and Mira Sorvino – subsequently came forward and accused Weinstein of such abusive behaviours. Weinstein, however, denied “any non-consensual sex”, as his wife announced she was divorcing him.

Weinstein was soon fired from the company he cofounded and expelled from the Academy of Motion Picture Arts and Sciences. But still the key question persisted, how could such abuses go on for decades without being exposed.

In the middle of this traumatic event, in which the world outside Hollywood is coming to terms with the horrid fact of sexual abuse in the film industry, the appearance of a bizarre article in the New York Times with the title of “Could this be the Harvey Weinstein of Islam?” was jarring and outlandish, even for the New York Times.

The piece, penned by a notorious Ayaan Hirsi Ali wannabe, tells its readers: “An activist in France leveled rape allegations against the grandson of the founder of the Muslim Brotherhood on Friday.”

We read the piece and we learn that a young Muslim woman in Paris, Henda Ayari, had written a book in French, J’ai choisi d’etre libre (I chose to be free), in which she had described how she was the subject of a sexual assault by a Muslim man, but had kept his identity anonymous.

But with “the #MeToo hashtag ricocheting around the globe, as women worldwide shared their experiences of sexual harassment and assault, Ayari found new courage” and in a Facebook post declared: “It is a very difficult decision but I too have decided it is time to denounce my attacker. It is Tariq Ramadan.”

No amount of sexual violence by Muslim men, no matter how 'prominent' they may think they are, amounts to the astoundingly racist headline of 'the Harvey Weinstein of Islam' - as indeed Harvey Weinstein himself being a Jew has absolutely nothing to do with the noble, civilizing, and the enduring moral rectitude of Judaism.

The key question is not the actual content of this piece of news – for if indeed, as Ms Ayari alleges, a weak and vulnerable woman has been subjected to unwanted sexual advances and coerced into an abusive relationship against her will, then the matter must be exposed, denounced, and taken to any legal court if the victim so chooses, and the perpetrator ostracised and shamed. There is no discounting, dismissing, belittling, or sidestepping an allegation of such gravity.

But the issue is not the substance of such allegations. Sexual violence is a global and transcultural malady and needs the global attention it now receives. Among the 1.6 billion Muslims around the world, no doubt Muslim men (like all other men) have their share of despicable sexual violence that needs to be exposed and addressed. But no amount of sexual violence by Muslim men, no matter how “prominent” they may think they are, amounts to the astoundingly racist headline of “the Harvey Weinstein of Islam” – as indeed Harvey Weinstein himself being a Jew has absolutely nothing to do with the noble, civilising, and the enduring moral rectitude of Judaism.

How is that so? Allow me to explain.

Islam as a metaphor of evil

Did anyone call Harvey Weinstein “the monster of Judaism?” No – because his criminal monstrosity has nothing to do with Judaism. Did anyone call the other sexual predator Americans have freely and democratically elected as their president “the Harvey Weinstein of Christianity”? No – because Donald Trump’s shenanigans have nothing to do with Christianity.

Why then should the New York Times fish around the world for one alleged case of sexual violence presumably perpetrated by a Muslim and call it “Harvey Weinstein of Islam”.

Tariq Ramadan is indeed known mostly in Europe as a prominent Muslim, the grandson of another prominent Muslim – but no Muslim, no matter how prominent he might be, represents Islam. There are high-ranking Christian priests accused and even convicted of sexual abuse of children. There are Jewish rabbis calling for the wholesale massacre of Palestinians. There are power monger Shia clerics running a vicious theocracy in Iran. There are Sunni mass murderers roaming in Iraq and Syria. There are Buddhist monks slaughtering Rohingya Muslims in Myanmar. But none of these atrocities can or should be declared as an indication of the categorical moral depravity of Christianity, Judaism, Islam, Buddhism or Hinduism.

A Muslim, a Jew, a Christian, a Buddhist, a Hindu is a fallible human being. Islam, Judaism, Christianity, etc are abstract sacred orders, normative moral universes, definitive to the ethical intuition of our senses of the sublime and the truthful. The history of our humanity is ravaged by the moral depravity of all of us of whatever denomination we might be. But if against all odds we can still stand erect and tally any measure of truth to our existence it is precisely because the best and the sublimest in our self-transcendence have been summoned in these sacred orders.

But today it is only Islam, and it is only in the United States, Europe, and Israel – the epicentre of white supremacist racism – that has been successfully and totally transformed into a singular signal of an unrelenting evil that needs to be eradicated.

The New York Times today is integral to a massive Islamophobic machinery that marks Islam and Muslim as the diabolic enemy of history, of humanity, and of all manners and claims to a civilized life. If something like the Harvey Weinstein scandal has absolutely nothing to do with Muslims and Islam, they will find a pernicious way to find one case of alleged Muslim sexual violence and pin it down not on him as a person, a Muslim, a scholar, but on the entirety of “Islam” itself.

The target of this vicious Islamophobia is not just individual Muslims. It is against Islam itself. It aims to rob Muslims of the very fabric of their humanity, debone their moral rectitude to nullity – either to die under Bush, Obama, and Trump bombs from one end of the Muslim world to another or else convert to a “Judeo-Christian” creed and be saved and civilised. 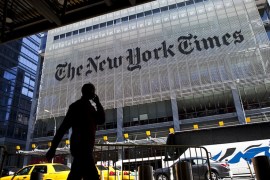 Freewheeling journalism and the ‘monopoly of truth’

A reflection on the nature and function of multiple perspectives and alternative narratives in journalism. 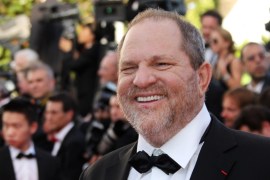 Let’s face it: We have an epidemic of sexual harassment

Harvey Weinstein’s case is just the tip of the iceberg.