Since the end of World War I, the Kurdish people have been a pawn in the hands of players in the Middle East chess game played so hard, and often so bloodily.

Throughout these years, all we, the Kurds, asked for was to be given a chance. Give us the opportunity to prove we can be a trusted ally, a friend to democracy and a nation that respects all religions and peoples.

We proved this time and again, when we helped end the regime of Saddam Hussein; when we decided to stay part of Iraq to help it start anew after Saddam; when we made our region a hub of investment, tranquility and religious freedom; when we joined the battle against the Islamic State of Iraq and the Levant (ISIL, also known as ISIS).

And we have waited patiently. And we have kept our end of all of the bargains, only to see others break their word.

Now it is time to permit Kurds to determine their future political path.

It is especially troubling that, as we arrive at this moment in history, some within the Kurdistan region have joined outsiders with self-serving intentions to use us as a pawn again against our democracy.

The referendum that took place on September 25 is such a move. It was meant to use the overwhelming desire for independence that burns within almost every Kurdish heart to promote the special interests of a few, at the expense of our nascent democracy.

This referendum was designed to serve the narrow political interests of President Massoud Barzani, whose term expired over two years ago and who remains in office despite calls from our democratic allies that he obeys the constitution.

The president’s refusal to abide by the constitution – and his actions to divert attention from this power grab – is in defiance to the will of the Kurdish people. Our hopes for a peaceful transition of power are at risk, all cloaked in a nationalist smoke screen.

Many Iraqi Kurds in political leadership positions see the referendum for what it is – political theatrics to reinvigorate the old crumbling political parties. That is not a path to independence for Kurdistan; it is a game of greed and abuse of power with an end game likely aiming at isolation from our neighbours and allies.

The United States and other friends of the Kurds have been clear in opposing the referendum and declaring concern about Kurdish independence aspirations. We are deeply thankful to the White House’s overall support of Kurdish democracy, which has come regardless of who has been president. We are also very grateful for the strong, consistent backing of many in Congress for our goal to become a reliable economic and political partner.

Thus, as we go forward to explore the possibility of independence, we wish to do so in conjunction with our allies’ assistance and guidance.

That is why the Movement for Change – Gorran, of which I am a member – refused to join the referendum spree and demanded to debate this crucial matter in the regional parliament, the highest legal authority in the Kurdistan Region. We are a few months ahead of parliamentary elections at the federal level, with elections in the Region set for early November 2017. It should be the individuals elected in these votes who steer any course towards independence.

The referendum has caused Kurdistan’s friends to fall silent and its enemies to be encouraged. Major regional powers, as well as the international community, have warned against a referendum and retaliation has already started. Iraq has blocked international flights. Russia has insisted that Iraq’s territorial integrity must be maintained. Turkey is threatening potentially crippling restrictions on oil trade, while our budget is already under strain because of dropping oil prices and lowered production.

The Kurdistan Region must be strategic about the political situation in Iraq, relations with the government in Baghdad, and external relations with the region and beyond. This is imperative. To ensure a lasting independence and a viable state, we need vibrant and clear support to build solid foundations for strong democratic institutions.

The curtain needs to fall, and the theatrics need to end. The struggle for personalised power must give way to a democratic, independent Kurdistan embraced by the other nations in the world. 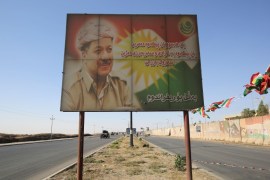 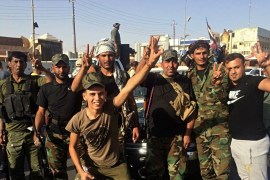