The idea of assassinating a public figure or a high profile enemy, so as to remove a problem, has a dangerously simplistic logic to it. It is believed that once a leader is eliminated, his or her followers, and problems that they cause, will also dissolve. But history abounds with examples of political assassinations that went really wrong.

Yet in the 21st century, the practice of assassination appears to be more popular than ever, with recent examples coming from North Korea with the deaths of Jang Song Thaek (uncle to Kim Jong-un) and Kim Jong-nam (the half-brother of the North Korean leader).

More surprisingly, there have been rumours and discussions about the assassination of Kim Jong-un in the West. Many in the United States have started to wonder, and are possibly preparing (or even having tried, if North Korean accounts are to be believed) to “decapitate” the North Korean leadership. After all, why not utilise a practice that Kim Jong-un currently appears to use against his enemies and remove one man in order to potentially avert a nuclear war and save millions?

But, as logical as it may seem to some warmongers, assassinating the North Korean leader is not a good idea.

A man hard to kill

The first reason why assassinating Kim Jong-un is not a good idea is that it would be a very difficult task to achieve and a failed attempt could have disastrous consequences. North Korea, at over 120,000 square kilometres, with mountains making up nearly 80 percent of its surface, is one of the most heavily fortified countries in the world. The country is also known for its tapestry of tunnels and between 6,000 to 8,000 subterranean facilities, all making it very easy for Kim to hide. In addition, intense secrecy, decoys, unpredictable schedules and what appears to be a very efficient security service, mean that the times that Kim Jong-un may appear in the cross-hairs are few and far between. If an attempt was made, and failed, the full nuclear anger of Kim Jong-un could be expected in response.

The second reason why assassinating the North Korean strongman is not a good idea for the US is that although attempting to assassinate foreign leaders in times of war is permissible, in times of peace this practice is illegal under US laws. Although the US has started down a slippery slope with its targeted killings in the so-called “war on terror”, President Gerald Ford’s 1976 Executive Order, (which came on the back of CIA’s failed attempts on Cuban leader Fidel Castro) stating, “no employee of the United States shall engage in, or conspire to engage in, political assassination” is still in place. Of course President Donald Trump can nullify this executive order and prepare the legal ground for an assassination, but for now, any attempt on the North Korean leader’s life would be against US law.

Not a guaranteed solution

The third reason why assassination is not a good idea is that Kim Jong-un’s death by no means guarantees solving the problem. The best case scenario is that after the death of Kim Jong-un, power would be quickly grabbed by a safer pair of hands. This is the Boris Yeltsin scenario, in which a more reasonable figure emerges and saves the day, steering the world away from nuclear war after the ousting of a “problematic” leader. But in the case of modern-day North Korea, there is no evidence to support this optimistic ending.

The more likely scenario is that, if Kim Jong-un is “eliminated”, power would pass directly to one of his children in accordance with a pre-agreed succession plan. Either his sister, Kim Yo-jong , or his wife, Ri Sol-ju will act as regent until his elected heir is old enough to take control of the communist de-facto monarchy.

Assuming there would not be a palace coup within the family, the success of this type of regency and succession would depend on support from the military. Of course, some military commanders may also try to topple the Kim dynasty and grab the leadership position for themselves. At the moment no one knows how any of these actors would act once they assume power or whether they would work towards bringing an end to North Korea’s current confrontation with the US.

An alternate possibility is the country descending into absolute chaos after such an assassination. Recent examples of the deaths of Saddam Hussein and Muammar Gaddafi show that the removal of such strongmen can bring dangerous fragmentation and enduring conflict that destabilise regions for decades ahead.

The final and most likely possibility is that the “head of the snake” keeps biting for a few minutes after it is decapitated. In this situation an armed response would unfold automatically in accordance with protocols prepared in anticipation of such an event, and/or the North Korean military and citizens get so angry at the US for killing their beloved leader that they start firing everything they have. In this very likely scenario, the assassination would spark a completely undesired outcome and trigger a war on the Korean Peninsula.

So, it is safe to say “cutting the head of the snake” is most definitely not a good idea in North Korea. 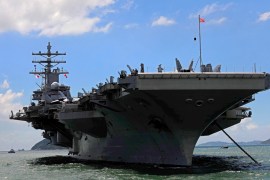 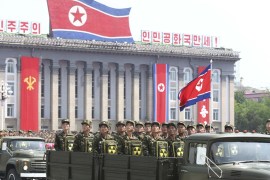