“We slept out in the open air like wild animals. Our children fell sick because of the cold,” Felicia K told me. “We had not put up any proper structures. We were using leaves.” Felicia, a 52-year-old mother of 10, is one of many rural Zambians who have lost land, homes and livelihoods when commercial farms displaced them.

The Zambian government is promoting large-scale agricultural investment to diversify the economy and combat rural poverty. It is encouraging large commercial farms to lease large swaths of land and produce soybeans, wheat, corn and other crops for export. But some agricultural development programmes that the government claims will be a “panacea” for rural poverty are resulting in forced evictions and devastation for the rural poor.

Over the past year, we have investigated the human rights impact of commercial farming in Serenje district, in Zambia’s fertile central province. We interviewed Felicia and more than 130 other rural residents affected by commercial farming, as well as government officials, commercial farmers, and others. What happened to these people illustrates the risk of expanding commercial agriculture without proper government oversight.

Many residents told us the commercial farms had displaced them – in some cases, forcibly evicting them. They said they had little or no opportunity to negotiate for compensation or resettlement. Some families had to move to areas with poor quality soil and could no longer grow sufficient food. The commercial farms pushed them further away from water sources, burdening women and girls in particular with spending far more time fetching water from distant streams. Many children dropped out of school because their previous schools were too far away and the new area did not have a school.

“I used to live in Mulembo … we had a river flowing and lots of water,” Felicia said. “Where we have settled now, there is no water.” Felicia sat in front of her basic kitchen in a forest area where her family has camped for four years. As we watched her grandchildren play with a makeshift football, she told me how employees of a commercial farm kicked her and her family out.

She said that in June 2013, farm contractors came with two bulldozers, demolished her house, uprooted her crops, and carried her and other residents off the farm with what belongings they could save on a tractor. They were dropped by the roadside. Felicia and her family lived in the open in a forest where they are not allowed to farm, with no shelter, for months before a government agency gave them tents.

The commercial farm owner said the government had leased him the land, which he and the government claimed had been converted from “customary” to “state” land in the 1990s. The residents said they did not understand what this meant.

Felicia said her family had lived on that land for decades. No one mentioned any conversion of the land from “customary” to “state” land that could be rented out. No one offered compensation or resettlement.

Government oversight of these farms in Serenje district has been minimal. Zambia’s environment monitoring agency lacks the resources and capability to monitor operations of these ventures. Local authorities are barely involved in mediating displacement or resettlement. Government officials we interviewed pointed fingers at each other as to who is responsible for protecting local communities.

To its credit, Zambia adopted a National Resettlement Policy in 2015, and also has compensation guidelines for internally displaced people. But Zambians are barely aware of those policies, nor do local officials enforce them.

The government could fix this. It has begun a process to develop a new national land policy, though it appears stalled. In addition, a customary land administration bill that would protect customary land rights is pending in Zambia’s National Assembly, with no sign that it is moving forward anytime soon. These could clarify the rights to land and strengthen how land is managed. Meanwhile, the government should enforce existing laws and protect rural residents.

Commercial farmers also have a responsibility to identify the impact of their operations to avoid causing, contributing to, or being complicit in human rights abuses, and to ensure that any abuses are remedied.

“All we have now is hunger,” Felicia told me. “Hunger and no water”. If agricultural development is to be a “panacea” for rural poverty, Zambia’s government and commercial farmers have to stop putting people like Felicia and her children in peril. 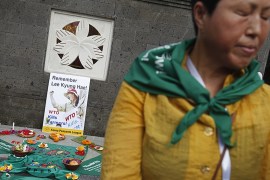 The global struggle of the local peasant 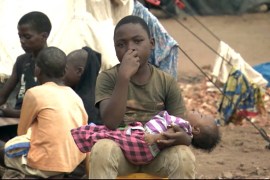 As fighting rages in the central African nation, almost two-thirds of Congo’s refugees arriving in Zambia are children.