As President Ellen Johnson Sirleaf leaves office, it is tempting to speak of her as an “international feminist icon”. Her power play is an ode to matrilineal politics which dominated the continent before the advent of colonialism. Alongside the Queen Mother in the Kingdom of Baganda and the members of women’s assemblies in the Yoruba tribe, Sirleaf stands in a long line of strong African women who led their communities and nations.

Rising to power following Liberia’s devastating civil war in 2005 and winning a second term in 2011, Sirleaf has symbolically set a precedent for women in the country in a way few have done before her.

Yet in the world of politics, both on local and international stages, symbolism does not always translate into practice and policies. The example of the number of female candidates in the October 10 Liberian elections is a case in point. Although Sirleaf appointed several women to high positions in finance and commerce in her first term, we do have to question how far-reaching Sirleaf’s efforts were, when only one woman – Macdella Cooper – out of 20 candidates ran for the top job.

While Sirleaf came out in full support of Cooper and all other women candidates who ran for parliamentary seats, her party ranked below peripheral parties in putting forward female candidates.

Of course, there shouldn’t be the expectation that Sirleaf’s two terms would have solved all women’s problems in Liberia.  In August, Robtel Neajai Pailey and Korto Reeves Williams asked a very relevant question about Sirleaf’s time in power in their Al Jazeera op-ed about her legacy: Did she make a concerted effort to change the status quo or were her politics just another example of “femocracy”, a term which Nigerian Academic Amina Mama has defined as “an anti-democratic female power structure which claims to exist for the advancement of ordinary women … advancing the interests of small female elite … upholding the patriarchal status quo”.

While Sirleaf came out in full support of Cooper and all other women candidates who ran for parliamentary seats, as Pailey and Williams pointed out, her party ranked below peripheral parties in putting forward female candidates. And this is in spite of legal amendments in 2014, which were supposed to propose greater representation of women in roles across the political spectrum – a law that Sirleaf herself did not ratify.

Her successor will almost certainly be a man, and parliament will be heavily men-dominated. Women are making up only 16 percent of approved candidates for parliamentary seats compared with 14 percent in Liberia’s 2011 elections. Statistically, it is hardly a jump across the river. If these numbers are anything to go by, the next president will have to work tirelessly to ensure Liberia can have a second woman president in the future.

And lack of representation in politics is only one of the many problems women face in Liberia.

Early pregnancies and instances of gender-based violence are still common in Liberia. So while women’s empowerment in the political sphere was and still is important, there were even more important issues that needed to be addressed during Sirleaf’s time in office to guarantee long-term gender equality in Liberia. Sirleaf’s administration did acknowledge these challenges and worked towards overcoming them, but once again these issues proved to be too complex and profound for a single administration to tackle fully.

Education is perhaps one area of policy in which Sirleaf made some significant progress towards ensuring equality for girls and women. Sirleaf, who has a degree from Harvard University, supported several schemes to ensure Liberian girls get an education, even when the country was battling a devastating Ebola epidemic. But Liberia still ranked 114 out of 144 countries in World Economic Forum’s 2016 gender equality report (pdf), so there is a long way to go.

In her final presidential address earlier this year, Sirleaf made the case to the legislative assembly that education is a long-term aspiration and that traditional methods need to be reformulated. This will undoubtedly be an important foundation set by Sirleaf for the incoming president to build upon in the post-Sirleaf era.

During her time in office, Sirleaf also tried to eradicate a tragic practice that affects the lives of countless Liberian women: female genital mutilation (FGM). While she was vocal about the need to ban the practice, her efforts were not successful.

Admittedly, the fight against FGM was not an easy one to win. But for all the fights she has encountered, including her fight to end the civil war which led to her winning the Nobel Peace prize in 2010 or her fight against Ebola, for her mandate to be outlived by this particular crisis is a sad travesty for her and all those young girls who are impacted.

In Liberia, secret women’s societies known as Sande carry out FGM, as part of a coming of age ritual. The tradition is deeply rooted, with half of Liberian women subjected to it. To this day, four in 10 Liberian women support the practice, and it is carried out by almost all tribes, and by both Muslim and Christian communities, according to UNICEF.

Sirleaf pledged to ban FGM as part of a domestic violence bill, but opposition from a number of politicians led to the provision being removed, which saw the bill passed last year without making any significant impact.

It was and still is a big blow, given that Nigeria and Gambia, under male leadership, have secured a ban on FGM while Africa’s first woman president of state was unable to do so. Liberia’s bolstering of civil society and groups like Women Solidarity who are still fighting to ban the practice and may very well soften the fall for Sirleaf, should they be successful in the near future.

In her two terms, Sirleaf was facing expectations that were impossible to live up to. There was a perception that with a woman in the highest office in the country, gender equality was easy to achieve.In the end, many believe Sirleaf failed women during her time in office – she did not increase women’s representation in politics, she did not manage to bring gender equality in education, and she could not ban FGM. Some of these failures were her own making, and some were not. But these failures should not take anything away from the remarkable role she played in saving her country from war.

She worked towards creating a better Liberia for women and the situation of the country in the aftermath of these elections will be an important testimony as to whether she actually managed to bring greater change or not. After all, the fight for women’s rights is a long drawn battle the world over and only time will tell whether Liberia is ready to fully honour its womenfolk. 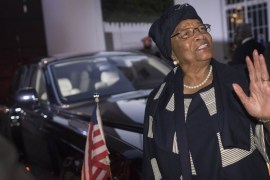 Is Liberia’s Sirleaf really standing up for women? 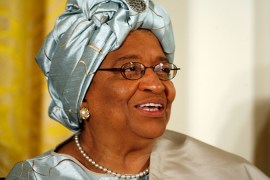