In the past few weeks Mexico has witnessed an unprecedented spike in social violence caused by gasoline shortages and a 14 to 24-percent rise in prices. This increase, officially justified with the phasing-out of government subsidies, is a hard blow on Mexico’s poor, who constitute 50 percent of the population.

The fuel shortages come as Mexicans have been facing gradual decreases in purchasing power owing to price inflation of the most basic basket of goods and services needed for survival.

For more than a decade now the population has also suffered from the consequences of pervasive political corruption and obscene levels of insecurity, with more than 28,000 forced disappearances since 2007, hundreds of thousands of people assassinated in the “war on drugs” and a tsunami of other human rights violations.

It is not surprising, therefore, that protests turned violent. Gas stations were attacked and burned and more than 500 people detained during clashes between protesters and the Mexican police, backed by the armed forces, in 28 of the 32 Mexican states.

But public anger has not been solely responsible for the vandalism. Witnesses have alleged that violent protesters are being paid by the government to disrupt and delegitimise peaceful protests. Fake social media accounts have also been used to encourage vandalism.

The present socioeconomic crisis is linked to the recent privatisation of the state oil monopoly PEMEX. The dire social and economic consequences of its sale were expected in the midst of uncontrollable political corruption together with lack of economic regulation and rule of law. The sale of PEMEX went ahead after aggressive international business lobbying and strong US government backing.

The current crisis is further fuelled by organised crime cartels stealing and smuggling large quantities of Mexican oil to the US and local informal markets.

Notwithstanding, this oil-related social crisis is just the latest manifestation of the social and political violence engulfing Mexico for the past decade. Mexico is presently suffering from two parallel and related maladies which explain the unprecedented levels of violence.

In the late 1980s Mexico started its political transition from a one-party authoritarian regime towards what is now a “crony” capitalist political system with low levels of investment blocking democratic development and with highly corrupt political parties infiltrated by organised crime.

Throughout this period until the present, most state enterprises providing health, water, oil and other basic goods were being gradually transferred to political cronies and oligarchs. These people have no inclination to pursue technological innovation or to generate employment.

OPINION: Mexico – neither Pax Mafiosa nor rule of law

As a result, a stifling non-competitive formal economy emerged which provides Mexicans with inadequate access to basic services and fosters the expansion of an informal economy. The latter is presently absorbing millions of unemployed youth, vulnerable to exploitation by organised crime as generators and victims of violence.

A second cause of social violence comes from the political elite which enriches itself by blocking legislated economic controls on campaign financing and by systematically abusing the government budget to engage in private legal and illegal businesses, some devoted to oil smuggling.

The former governors of the Mexican states of Aguascalientes, Coahuila, Tamaulipas and Veracruz have faced investigations by US and European courts over organised crimes and money laundering they have allegedly been involved in. Organised crime charges – as is the case of Javier Duarte (Governor of Veracruz until October 2016) – are only being addressed by the Mexican judiciary because of previous investigative reports from brave Mexican journalists (some of whom have been assassinated for their work) made public under international pressures from US and European security agencies.

Reform is the solution

It cannot be expected that the present majority of mafia-linked politicians will propose anti-corruption reforms to stop this tragic situation. International experience indicates that this quagmire of social violence in combination with an organised crime-driven state can be contained and reversed only through electoral system reform acting as the catalyst of all other subsequent anti-corruption reforms.

A unified civil society must urgently press for electoral reform to ensure that Mexico shifts to transparent selection of candidates and the implementation of open primaries.

These audits need to be supported by the establishment of protection for whistleblowers and an expansion of the international witness protection programmes. A future regional Latin American criminal court can provide additional assistance for complex high-level public sector corruption cases with an organised crime component that the Mexican courts are not willing or able to handle.

The successful anti-mafia and anti-political corruption experiences of Colombia, Italy and Romania reduced social violence and controlled organised crime because corrupt politicians were indicted after electoral reforms took place, thus bringing new “clean blood” to politics. The local civil society, international organisations and states such as the US and Canada supported these actions.

Only this kind of internationally backed civil society approach to cleaning all levels of the Mexican state will bring the bloodiest chapter in modern Mexican history to an end.

Dr Edgardo Buscaglia directs field teams in 114 countries worldwide since 1990, focused on advising public authorities and civil societies on how to combat and prevent the expansion of criminal networks. Dr Buscaglia is a senior law and economics scholar at Columbia University in New York and the President of the Institute for Citizens’ Democracy and Rule of Law in Mexico. 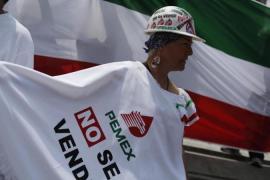 In the absence of strong state institutions, the privatisation of Mexico’s oil industry will be disa 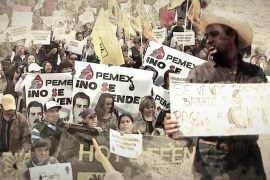 Mexico may be hitting the perfect storm when it opens its energy resources to foreign investors.

Mexico: Neither Pax Mafiosa, nor rule of law