The mass molestation of women in Bengaluru during the midnight celebrations at New Year brings to mind the similar outrageous incident that took place in Cologne last year.

Rewind to a year ago, and in another part of the world, immigrants were blamed for the sexual violence, asylum seekers were rounded up as suspects, and the right-wing seized the opportunity to talk about “rapefugees”.

Violence against women is universal, so, we end up with multiple iterations of the same tragedy, with eerily similar responses: In India, the ruling class blames western culture. In the West, the ruling class blames immigrants. This blame game achieves its intended aim: It outsources trouble, diverts attention from the misogyny on the domestic front and normalises violence against women.

Whenever I hear western culture being taken to task for home-grown, home-made misogyny, I’m tempted to produce an encyclopedia of evidence of sexual violence within Indian culture.

In Ramayana, our oldest epic, the nose, ears and breasts of Shoorpanakha are chopped off by the brothers Ram and Laxman because she expresses desire. Ram is the great god who is revered by the right-wing Hindutva; it is to build a temple in his name that the Babri Masjid was demolished.

The second most-popular Indian deity, Krishna, when not pontificating on karma or playing war-games, is depicted as hiding away the clothes of bathing women to tease and taunt them.

We also have in Indian history the macabre and well-settled practice of burning widows on the funeral pyres of their husbands, child marriages, ordering oppressed caste women not to cover their breasts, levying a breast tax on these women, forcing women of the lower castes into ritual prostitution, honour killings for those who defy caste diktats on marriage, and public lynching for those who dare to speak out.

Culture is a very nebulous term, and “Indian culture” is as much a construct as “western culture”, and yet, for all its lofty ideals and grandiose posturing, whatever it represents remains an endless chamber of horrors.

It was not merely the diabolical comments of the politicians following the Bengaluru incident that caused social media outrage, but the denial that followed. In an attempt to absolve themselves of any responsibility, the Bengaluru police held that such mass molestation never took place.

They cited statistics to say that police control rooms had not received a single phone call complaining of molestation. This necessitated several women to open and speak up about similar incidents that they had faced.

The groped breast is a universal reminder to all cis and trans women who carry breasts - here, this is fear that must stalk you; here, this is the biology that you cannot escape.

In the face of an all-powerful denial machinery, it has become almost mandatory for women to share personal histories so that other women’s claims of being at the receiving end of misogyny are taken seriously without the legitimacy of their words being compromised.

Every time we are asked to comment on violence against women and transwomen, we barter a part of ourselves: an outburst of tears to accompany a first-person narrative of domestic violence; an impassive face while making a public disclosure about sexual abuse in childhood.

Details of parts of the body, wound up in hushed whispers, to dissect the methodology behind custodial rapes or judicial pronouncements. We measure out our indignation so as to not invite society’s ire against us.

We speak from personal experience, and when we see our testimonies being subjected to relentless questioning and allegations of falsehood, we begin to rely on statistics.

OPINION: Indian Muslim feminists – we are reformists not traitors

The woman’s body as battleground of resistance

The groped breast is a universal reminder to all cis and trans women who carry breasts – here, this is fear that must stalk you; here, this is the biology that you cannot escape.

The charred corpse of a new bride no longer remains a symbol of misogyny and snatched dreams – it is a reminder that women who do not pay the price of dowry and deference to their husbands will suffer a similar fate. To inhabit the female body then becomes a conflicting experience: we move from living within a site of violence towards transforming it to a battleground of resistance.

These acts of resistance, as exhilarating and empowering as they prove to be, are also the precise excuses that patriarchy peddles around to explain and justify violence against women.

The reasoning extended goes like this: You had violence visited upon you (groped/pinched/felt-up/beaten/raped/murdered) because you did this (wore short clothes, wore no clothes, wore revealing clothes, loved a man of the wrong caste, stepped out of home, stepped into the street at the wrong time of day, went to work, went partying, got drunk, got on a bus, were speaking to a man of a different religion, did not pay enough dowry, talked back, and so on).

Prowling the streets by night in search of bodies to violate, this toxic masculinity has managed to enthrone itself as lawgiver by day. Patriarchy’s act of violence is made to appear as a natural reaction to the defiance and disobedience against patriarchy.

Perhaps, in our radical ability to disobey lies our liberation as women.

Meena Kandasamy is a poet, fiction writer, translator and activist who lives in Chennai and London. She has published two collections of poetry, Touch and Ms. Militancy, and the critically acclaimed novel, The Gypsy Goddess. Her forthcoming novel, When I Hit You, Or, The Portrait of the Writer as a Young Wife (Atlantic Books, May 2017), explores the theme of domestic violence and marital rape. 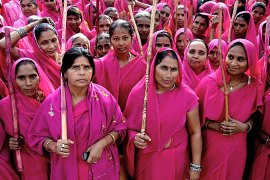 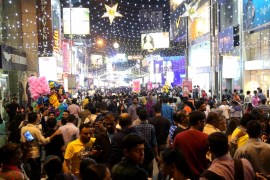