More than 90,000 people protested last night across Romania against the government’s plans to pardon or reduce sentences of corrupt politicians. The January 29 protest is thought to be the biggest in Romania in 20 years and followed similar demonstrations last weekend.

The Romanian government, an alliance of the Social-Democrats (PSD) and the smaller, liberal ALDE, intended to pass this week, by executive decree, two major changes to the penal code that would amount to a virtual amnesty for those found guilty of abuse of power, whether in the past or the future.

One of the legal changes calls for the pardoning of prison sentences of up to five years for several types of crimes, including abuse of power.

Another reduces future sentences for abuse of office to as little as six months, or even simply fines, and raises the threshold of punishable damages to state coffers. The government has claimed the changes are needed because of overcrowding of prisons.

The law changes would clear Liviu Dragnea, head of the PSD and de facto leader of Romania, of his suspended two-year sentence for vote rigging in 2012. This could mean that Dragnea will finally be legally allowed to occupy the coveted prime minister’s seat, currently held by his faithful ally Sorin Grindeanu.

Among other notorious political and business figures serving jail time that could be freed is Dan Voiculescu, one of the richest Romanians, currently serving 10 years for abuse of power and money laundering. Voiculescu’s influential media empire, Intact, has been blatantly pro-PSD for years.

The proposed legal changes have been criticised by numerous Romanian institutions dealing with the rule of law, including the prosecutor general, judge organisations and bodies investigating high-level corruption and serious crimes. The European Commission has also condemned the plans.

The protests forced the government to call for quick public consultations on Monday morning. During the meeting, Minister of Justice Florin Iordache indicated that the changes might go through parliament, as opposed to being passed as executive orders as initially planned – a sign the government was stepping back due to public pressure.

Romania – together with Bulgaria – is thought to be the most corrupt country in the European Union. When Romania joined the EU in 2007, it was a conditional entry: the EU continued to monitor the functioning of the judicial system, largely because of corruption concerns and politicisation of the legal system. Because of these failings too, Romania is still not a member of the EU free movement of persons area, Schengen.

Since 2008, responding to EU concerns, Romania stepped up its efforts to combat corruption. The National Anti-Corruption Directorate (DNA), now led by prosecutor Codruta Kovesi, intensified investigations of corrupt politicians and increased convictions, from tens to more than a thousand each year.

Romania saw several waves of protests since 2012, some of them successful in checking abuses of power, and protesters today are mature and confident.

The arrests of high-profile individuals, including Social-Democrat and former Prime Minister Adrian Nastase, were broadcast live on TV to the satisfaction of many in Romania, who felt corruption was to blame for the country’s numerous ills.

While convictions came from all political camps, the DNA seems to have particularly hit the PSD, the most powerful party in post-socialist Romania. When the PSD won general elections in December 2016, many feared the DNA would come under attack.

On January 18, the justice ministry proposed the changes in penal laws and the first weekend of major protests ensued. The executive decrees were initially meant to be adopted last week, but centre-right President Klaus Iohannis took advantage of his legal prerogative to run some executive sessions and blocked the passing of the orders that day.

The PSD leader Liviu Dragnea criticised the protests last weekend as “the beginning of a coup d’etat” orchestrated by Iohannis, and an attempt to prevent the PSD from implementing its political programme meant to bring well-being to Romanians.

The PSD was elected by 45 percent of voters, largely because of its economic programme of wage increases and tax breaks, which could benefit the poorest.

But Dragnea’s insinuation that those who oppose the penal code changes also oppose increased prosperity for the poorest is disingenuous. The changes had not been announced by the party before elections. While some PSD voters may – not unreasonably – prioritise combating poverty over fighting corruption, hardly anyone in Romania would want jailed corrupt officials freed.

The ground for the unpopular penal code changes was set by weeks of intensified negative coverage of the DNA and Kovesi in the pro-PSD media.

The DNA was accused of being a tool of the Romanian secret services and the protesters were depicted as agents of billionaire George Soros – a common defamatory tool in Eastern Europe.

This was, surprisingly, paralleled by the negative DNA coverage in some high-profile Western media – the same had previously praised the DNA.

The media attack on the DNA exploited some very real vulnerabilities of the agency, which even well-meaning critics pointed out: a potential over-reliance on information coming from the secret services, whose functioning is opaque and whose evidence might not be acceptable to all courts; surprisingly high conviction rates which raise questions about the due process; the use of negative media coverage of those investigated even before charges are placed.

The DNA needs more public scrutiny in Romania so that its modus operandi can be improved. But the DNA’s critics of the past weeks were not interested in making anti-corruption efforts more transparent and efficient. They wanted to suppress them.

Yet, the people protesting yesterday cut through the fog. Some of them are uncritical of the DNA – given the lack of a proper analysis of the agency’s work and the EU’s consistent praise – while others think the work of the agency needs to be subject to open and democratic scrutiny.

But all protesters agree that corruption is a problem – if not the biggest in Romania – and see through the PSD’s crude tactics of changing laws to pardon its allies.

The PSD faces a fragmented and weak parliamentary opposition, but despite its considerable popular support, it has to watch out for the Romanian streets.

Romania saw several waves of protests since 2012, some of them successful in checking abuses of power, and protesters today are mature and confident. The sophisticated civil society watchdogs emerging in the past few years are also bad news for anyone thinking they can just throw prison doors open. 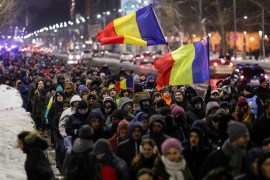 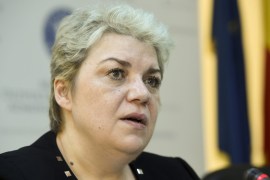