In our Brexity, Trumpist times, you only need to see the words “foreign aid” to understand that such a thing – and also its entire operational philosophy – is in jeopardy. In the midst of a populist right, wrecking ball attack on all that was once presumed to be safe, something that puts the words “foreign” and “aid” alongside each other like that is clearly in for a kicking.

Donald Trump made this very clear during an election campaign in which he pledged to “stop sending aid to countries that hate us”. He is not the first Republican to talk in these terms and so, thankfully, the internet has already explained the rationale behind sending aid to countries that hate the United States and, moreover, has pointed out that the second largest beneficiary of US aid is its solid bestie Israel.

But recently, the tone and type of questions sent by Team Trump to the US state department regarding aid to Africa has caused some alarm, according to The New York Times. Noting that Americans believe their country spends 25 percent of GDP on aid (it is actually less than 1 percent), the paper reports that one of the questions from Team Trump was: “Why should we spend these funds on Africa when we are suffering here in the US?”

It’s the same crowbar used by some of Britain’s right-wing papers to wrench open the issue of United Kingdom foreign aid. There have been fairly regular rumblings over Britain’s aid budget – it is one of the world’s highest.

But recently, sections of the UK press went after an aid recipient they misleadingly dubbed “Ethiopia’s Spice Girls” – a pop group, Yegna, part of a wider project to empower women.

This UK-funded project uses talk radio, social media and music, among other platforms, to discuss issues such as forced marriages and access to education – and seems to have had a measurably positive effect.

The misreporting of Yegna and its umbrella project, Girl Effect, was dissected in a Twitter thread by one of Al Jazeera’s online editors, who has reported from Ethiopia.

Described a “blood-boiling waste of taxpayers’ money”, Yegna’s funding – which has now been scrapped, a development which the Daily Mail claims as a victory – was set against a UK crisis in social care and in the health service, making clear, Trump-style, that the money could be better spent at home.

Setting us against each other

The UK’s social care crisis is the product of deep ideological cuts imposed by the Conservative government. Britain, one of the wealthiest countries in the world, is also home to 3.9 million children who live in poverty and more than a million people who use foodbanks.

But the juxtaposition of foreign aid with domestic need, in the UK as in the US, is nothing to do with fund allocations or budget balances, much less with opposition to rampant wealth inequality, on either side of the Atlantic.

It’s about the populist right taking things apart by deploying zero-sum game rules: for us to win, someone else has to lose. Or, to rephrase the message to suit the crude spirit of the times: we can’t win if Africa is winning, with our money.

And here is the cold heart of this assault on foreign aid. It isn’t just an attempt to blow apart the values, the humanity, or the guiding principles behind international aid, of helping less fortunate countries in times of need, or promoting education and equality, or attempting to rectify imbalances and injustices in the developing world that were often caused by more wealthy countries in the first place. It’s a drive to shrink us all by setting us against each other, in mean competition. And it is impelled by the urge to separate and retreat, close off and not look beyond our own borders – as though no good will ever come of it.

None of this is to suggest that foreign aid is flawless: a lot of the money doesn’t end up where it should, much of it flows back to the donor country, some of it comes with conditions and mostly the motivation is soft power.

OPINION: Can the world provide Syrians with aid from above?

But foreign aid, as these recent attacks have shown, is just the latest in a line of interchangeable scapegoats, a variety of “foreigners” and “others” to be blamed, keeping the focus off the real sources of hardship, everywhere.

After all, what would happen if we start to join the dots, look at a world in which money and resources are owned by the few, and feel any sense of solidarity.

Heaven forbid that we might see an Ethiopian girl band campaign for the empowerment of women, and wonder if we are all in this together. 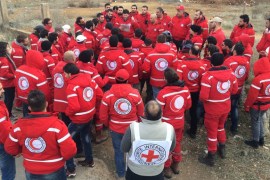 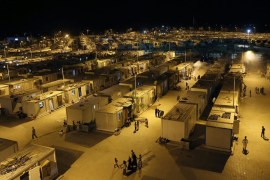