The US dollar is on a roll. Over the past 30 months the dollar has risen by an average of 27 percent against major currencies on a trade-weighted basis. After falling throughout the 2000s, the dollar started its latest bull run in July 2014 – long before the election of President Donald Trump. His electoral victory only added fuel to the fire.

No country has taken more blame for the dollar’s strength than China. China has a $254bn trade surplus with the United States, the largest trade imbalance in the world. Since 2014 the Chinese yuan has fallen 14 percent against the dollar, which gives Chinese goods a 14 percent price advantage today compared with three years ago.

The falling value of the yuan led Trump during the presidential race to promise to label China a currency manipulator on “Day One” of his presidency, a pledge he pulled back from after the election and has now withdrawn. But the sentiment remains. Trump now says he will talk to China about its currency, then make a decision.

But the yuan hasn’t depreciated against the euro. Or the yen. Or the pound. The truth is that the yuan has held firm against every major currency except the dollar. And the Chinese government isn’t manipulating the yuan lower. It has sold roughly $1 trillion of its foreign exchange reserves over the past 30 months trying to keep its value up.

Donald Trump came to the presidency through a promise to “Make America Great Again”, and for many of his supporters that means success in manufacturing. The US lost millions of factory jobs to China in the 1990s and early 2000s. Those jobs are gone for good. Americans will never make socks or toilet brushes again.

These days America’s real manufacturing competitors aren’t in China. They are European aerospace companies, European and Asian carmakers, and Asian semiconductor fabricators. These are the industries in which products made in the US compete directly against products made in other countries.

On its own, a stronger yuan wouldn’t boost US exports. The US doesn’t need a stronger yuan. It needs a weaker dollar. The only way it could make itself more competitive against European and Asian companies would be to become a currency manipulator itself.

It’s been done before. In 1985, the US negotiated the Plaza Accord with the UK, France, Germany, and Japan. The Plaza Accord was an international agreement to devalue the dollar. Trump’s quandary is that a Plaza II agreement to bring down the dollar today would be fiercely resisted by all of these countries. Ironically, the only country that might embrace it is China.

With stagnant economies and near-zero interest rates, the last thing the developed countries of Europe and Asia want is currency appreciation. China is also facing a slowing economy. But China has another problem that developed countries usually don’t have to worry about: China is suffering from massive capital flight.

Everyone knows that the Yuan is overvalued. China’s quandary is that people and companies are doing everything they can to get their money out of China because they expect the yuan to depreciate. Even costly channels of capital flight such as offshore casinos start to make sense when people expect the value of their savings to depreciate by 20 or 30 percent.

In the long run, China can’t prop up the value of the yuan by itself. Its remaining $3 trillion of foreign currency reserves may sound large, but history shows that it’s a fool’s game to spend money propping up your own currency.

To stabilise the yuan at its current level vis-a-vis the dollar, China needs an outside partner. Only one potential partner has the means, motive, and money to prop up the yuan. That partner is the US. If Trump is serious about seeking a higher value for the yuan, he just might seek to negotiate the mother of all deals. He might sign a Plaza II Accord with China.

A Plaza II Accord in which the US spends billions of dollars buying the yuan – to drive down the dollar and drive up the yuan – may sound like political insanity. But the Chinese are desperate, and Trump is no ordinary politician. A US-China Plaza II makes perfect sense from the standpoint of the domestic politics of each partner.

China and the US are now the two largest economies in the world, accounting for around a third of global GDP. Trump and China may not see eye to eye, but they have no choice but to work together. A US-China Plaza II would be a profound shock to the global system. But if anyone can make it happen, that anyone is surely Donald J Trump. 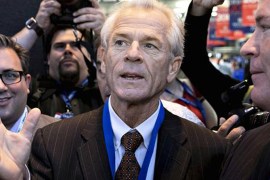 Peter Navarro, who accuses Asian superpower of wreaking havoc on US economy, described as “visionary” by new president. 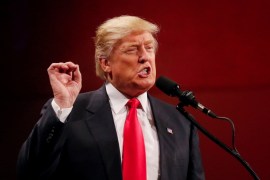 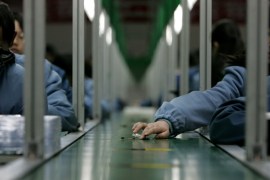