On January 10 I woke up to read the sad news of Zygmunt Bauman’s death. My mind flashed back to the day I met him in Istanbul in 2010. This was my first meeting with Bauman. It was also the last.

We were invited to a conference, “Philosophers Bridge the Bosphorus”. I was lucky enough to spend some hours conversing with him. From the very first moment we clicked, perhaps because we were also both smokers.

Seeing him smoke, I asked how old he was. He replied: “I am going to sue the cigarette company because its warning about smoking leads to death is untrue. I have been smoking for so long and am over 80 years old, and look, I am alive and healthy.” We burst into laughter whose echo I hear as I write this article.

I had heard Bauman’s name first as a master’s student of sociology at Jawaharlal Nehru University, Delhi. Back then in the mid-1990s, Foucault was the star theorist-sociologist, but I still found Bauman fascinating.

Born into a Jewish family in Poznan in 1925, Bauman’s family fled to Russia when the Nazis invaded Poland in 1939. With the outbreak of World War II, Bauman quit his university education to join the Polish Army in exile in the Soviet Union. After the Nazi defeat, he returned to Poland and rose up the army ranks to become a major. In 1953, he was sacked from the army after his father approached the Israeli embassy with the idea of emigrating to Israel.

After being sacked, Bauman became a prominent sociologist of modernity and one of the foremost European thinkers of the late 20th and early 21st century.

Evidently, Bauman was a victim of totalitarianism. In some accounts, however, he was also its “perpetrator“. Recently a Polish historian claimed that Bauman worked for the Secret Service to spy on and purge the opponents of the Communist Polish regime. Bauman has acknowledged that he indeed worked for the secret services during World War II and was given the task of writing political pamphlets. After he left the Communist Party in 1968, he himself was the victim of secret service spying.

It is important to understand Bauman’s biographical trajectory because it significantly informed his subsequent thinking and scholarship. According to Charles Wright Mills, who visited Poland in 1950s to give lectures and also influenced Bauman, if the craft of sociology lies in connecting individual biography to social structure, this connection equally applies to the sociologist that Bauman became.

The oeuvre of Bauman

Forced to leave Poland, Bauman held brief teaching positions in Australia and Canada in the 1960s. In 1970, he joined the sociology department at the University of Leeds, retiring in 1990. He wrote more than 50 books, and most of his well-known publications appeared during his stint at Leeds.

The key theme of his writing in the 1970s was socialism. In Europe of that time the divide between capitalism and socialism was dominating academia, Bauman being a votary of the latter. He wrote about labour movements, the role of intellectuals, culture and socialism. All of this was markedly modernist, definitive and packed with solid hope.

From the mid-1980s, commentators note, Bauman’s concern shifted to postmodernism. He rarely embraced the tag of postmodernism, however.

In Modernity and Holocaust (1987), Bauman advanced a provocative thesis. Holocaust was not a one-off event. Nor was it a deviation from the straight gateway to civilisation or a vestige of pre-modern barbarism.

“[T]he spirit of instrumental rationality, and its modern, bureaucratic form of institutionalisation”, Bauman argued, “made the Holocaust-style solutions not only possible but also eminently ‘reasonable’.” He saw Holocaust as “a legitimate resident in the house of modernity”.

In Wasted Lives (2004), Bauman took up the issue of transformation of humans as surplus – a process only accentuated under neo-liberalism. Refugees, unwanted immigrants, prisoners and other groups exemplify “waste” as the excess, the redundant.

Bauman’s argument in this important book was as follows: As an order-building and social-engineering project modernity creates the category of the outcast only to secure its riddance.

The core idea of liquidity, however, was articulated early on in 2000 in Liquid Modernity. He took the post-World War II affluent Europe as illustrating solidity of life manifest in the security of welfare states, full employment, clear demarcation between leisure and work, identifiable political rivalry of the Cold War and so on.

In place of this solidity, Bauman contended that fluidity marked the present; a “novel … phase in … modernity”. “Disengagement, elusiveness, facile escape … hopeless chase” were features of liquid modernity. “The prime technique of power,” Bauman held, “is now escape, slippage, elision and avoidance …”.  He claimed:

“Blows delivered by stealthy fighter planes and ‘smart’ self-guided … missiles – … coming from nowhere and immediately vanishing from sight – replaced the territorial advances of the infantry troops and the effort to dispossess the enemy of its territory … Military force and its ‘hit and run’ war-plan prefigured, embodied and portended what was really at stake in the new type of war in the era of liquid modernity: not the conquest of a new territory, but crushing the walls which stopped the flow of new, fluid global powers …”

Commenting on the above passage, the French philosopher Jacques Ranciere wrote how incorrect and melancholic Bauman’s diagnosis was. One may justifiably add that the victims of the smart self-guided missiles and contemporary multiple wars from Iraq, Myanmar, Sri Lanka, Syria to Yemen (and elsewhere) never had the solidity Bauman saw in post-World War II Europe. If viewed from their perspective, “the new type of war in the era of liquid modernity” had indeed solidly brutalised their lives.

The solidity/liquidity binary had its limits. And Bauman knew it. I asked him if he had joined Facebook. His reply was revealing: “I can’t understand how people can have hundreds of friends on Facebook. I am more than 80 years old and I can’t count even eight friends”. Loneliness marked Bauman’s life in both phases: solid modernity as well as liquid modernity.

Clearly, there are and will be debates about Bauman’s diverse thoughts. What is less contentious is that in his death sociology and scholarship at large have lost one of the brightest and most prolific writers of our time. He was a public intellectual who defied the narrow grooves of disciplines. His was a sociology that beautifully wove together politics, philosophy, poetry, novels and more to perceptively theorise our (in)human condition. 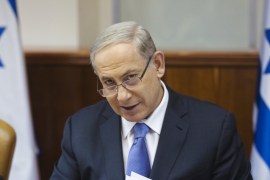 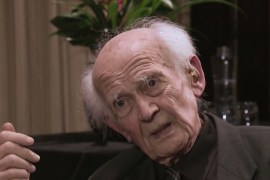 Zygmunt Bauman: Behind the world’s ‘crisis of humanity’

Polish sociologist Zygmunt Bauman frames the upheaval across the globe as symptomatic of the diffusion of fear.

Are India’s Muslims a minority?

El-Sisi’s reign of terror and the propaganda of ‘fascism’