Anyone who has met the soft-spoken and mild-mannered Brigitte Herremans, the Middle East policy officer at Belgian Catholic charities Broederlijk Delen and Pax Christi, would be confounded to hear her labelled as a threat to public security and order.

But that is exactly how authorities at Israel’s Ben-Gurion airport described her as they deported the Belgian peace activist and charity worker – while the founder of the pro-Israeli right NGO Monitor called her a “radical leader of political warfare“.

Like so many times before, Herremans had landed in Israel, earlier this month, to take a group of Belgians on a familiarisation tour of Israel and Palestine, where they would get the opportunity to see, first hand, the situation on the ground and to meet local Israeli and Palestinian peace activists.

But this time was to prove to be different. Following a three-hour detention, including a brief interrogation, Herremans, who had refused to divulge the names of her Palestinian and Israeli contacts, was put on a plane back home and banned from entering Israel for a decade, while the group she had been leading was allowed into the country.

“Unfortunately, I was aware that I might be refused entry to Israel, this time,” Herremans told me following her return to Belgium, citing “the Israeli government’s growing animosity towards NGOs and the increasing attacks by groups such as NGO Monitor”.

The need for justifying violence

Established in 2002, NGO Monitor claims to “promote accountability” and “informed public debate” of the activities of international and local NGOs. But “accountability” seems to mean accepting the narrative and policies of Israel’s right-wing government unquestioningly and uncritically.

NGO Monitor’s charge sheet against Herremans and Broederlijk Delen includes providing miniscule funding to a number of NGOs promoting human and legal rights and allegedly supporting the Boycott, Divestment and Sanctions (BDS) movement, which Broederlijk Delen does not actually do, according to Herremans.

Other presumably insidious and heinous acts exposed by NGO Monitor include organising an expo on the terrifying theme of “Peaceful resistance in Palestine and Israel”.

Years of demonising and stigmatising anyone who criticises or opposes Israel's occupation and the abuses it leads to has created an extremely toxic atmosphere in which right-wing radicals and fanatics feel justified in using or threatening violence.

This is something that has long miffed me. The Israeli right repeatedly and harshly criticises Palestinians when they engage in violent resistance and terrorism and claim that their enemy only understands the language of violence.

Yet, when Palestinians use the language of peaceful activism and non-violence, a process of deep-seated distrust and paranoia, combined with wilful distortion and twisting, translate these actions into the lexicon of terrorism and warfare.

This is because hitting someone who refuses to hit back exacts a heavy burden on human conscience and makes the hitter look and, deep down, feel like a thug and a bully.

In contrast, rocket attacks from Gaza or knifings in the West Bank make it far easier to justify violence and oppression to oneself and the world.

OPINION: Israel – This isn’t how you defend democracy

That explains why the Israeli government, like many regimes in the region, fears and combats critical elements of civil society, especially leftist and rights groups, who are armed with little more than their consciences, with greater gusto and urgency than armed extremists.

Even uncontroversial charities, which actually indirectly help Israel by cleaning up the mess caused by its wars and improving the lives of Palestinians have fallen foul of this growing paranoia.

For example, the United States’ largest Christian charity World Vision has been forced to suspend its operations in destitute Gaza because its manager there is accused of having funnelled funds to Hamas which are more than double the organisation’s budget there.

On the legislative front, the Knesset recently passed the contentious and controversial “NGO law“, which appears to single out left-wing and rights groups as treacherous agents of insidious foreign powers, rather than expressions of internal dissent and opposition to an unjust and unsustainable situation.

“These efforts are aimed at crippling the activities of and silencing the voices of organisations dedicated to critiquing Israeli government policy and actions,” notes Nadeem Shehadeh, a lawyer with Adalah, the first Palestinian-run legal centre in Israel.

In addition to Jewish-Israeli anti-occupation groups, Palestinian civil society and political parties have been a central target of these efforts, points out Shehadeh, referring to a spate of laws in recent years, including the so-called “Nakba Law” of 2011 and the raising of the Knesset voting threshold in 2014.

This was meant to sideline Arab parties but had the unintended effect of forcing them to unite under the conciliatory leadership of Ayman Odeh.

“The current political environment in Israel suggests that these efforts are not about to subside but are rather enjoying a distinct upswing,” observes Shehadeh.

And as Palestinian activists, and their Israeli and international allies, increasingly resort to what has been dubbed “lawfare”, Israel’s clampdowns and crackdowns are likely to intensify over the coming years.

Moreover, years of demonising and stigmatising anyone who criticises or opposes Israel’s occupation and the abuses it leads to, no matter how benignly done, has created an extremely toxic atmosphere in which right-wing radicals and fanatics feel justified in using or threatening violence.

Targeted groups include the internationally respected human rights organisation B’Tselem and Breaking the Silence, which collects the testimonies of Israeli soldiers with the aim of exposing the reality of the occupation.

Palestinian rights groups, such as Al Mezan in Gaza and Al Haq in the West Bank, have also been receiving an alarming level of threats targeted at staff and their families, which have included photos of their houses to flowers delivered to their homes.

Despite the increasing dangers involved, brave Palestinian and Israeli activists continue their efforts to oppose the occupation peacefully and to advance efforts to build a robust and resilient peace, no matter how far off and elusive it seems from where we stand today. 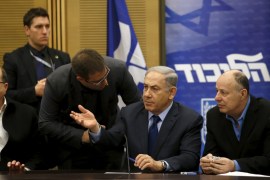