In November, government representatives all across the world meet again to implement the Paris Agreement on climate change. The centre of contention will now shift from political jockeying between nations, to the energy war between renewables and fossil fuel.

While last year’s COP21 was full of promise for a new direction in global climate politics and a rapid uptake of clean energy technology, the world is looking for tangible actions.

As the world’s biggest polluters, the announcement of ratifications by the United States and China around the G20 is a big deal, but so are the examples being set by some of the world’s tiniest nations.

Indeed, much of the charge on climate action has been driven by small island developing states (SIDS), which feel the brunt of the early impacts of climate change. Representing 52 of the 193 UN members, these nations have achieved significant political clout in climate negotiations and were the first to ratify the Paris Agreement.

The victory of renewables

The core of the UN deal was the agreement that each nation sets its own targets. This was supposed to be an easy way out – no more conflict over climate. But of course this was always a proxy for the real conflict, of renewable solar and wind against unsustainable coal, oil and natural gas.

Far from being the powerless victims that they are often portrayed, island nations are actively fighting as foot soldiers in this war. These small states are showcasing solutions by pioneering ambitious programmes to transform their energy supply.

In the Pacific, Tokelau reached 100 percent renewable energy back in 2012 and the neighbouring Tuvalu and the Cook Islands are due to become fully powered by renewables before 2020.

In the Caribbean, Aruba is also set for 100 percent renewable energy in the next few years and Dominica, Saint Kitts and Nevis, and Montserrat aim to do so by 2030.

Many people don’t yet realise that renewables are winning against fossil fuels. Coal, oil and natural gas are on the way out and their decline is irreversible.

Island leaders around the world are standing up and demonstrating that the solutions for climate change are readily available.

According to the Frankfurt School of Finance and Management, 2015 was the turning point (PDF). It was the first year in which new renewable energy installations – excluding large-scale hydro – accounted for the majority of generation capacity built globally, making up 53.6 percent of generation, and $286bn in investment. Less than half as much – $130bn – was invested in new coal, oil and natural gas projects globally.

In Saint Lucia, this week the Governor-General Dame Pearlette Louisy is installing a solar photovoltaic system to generate power for her official residence, Government House.

This symbolic act of leadership is important because few of the world leaders in Paris who committed to reducing carbon emissions have yet put their own official residences in order and led by example.

Moreover, it will send a signal to the people of Saint Lucia that solar power is now ready to deploy and meet their need for affordable electricity, and the government is committed to its renewable energy goal of 35 percent renewable energy by 2020.

The project is part of the Solar Head of State initiative, working to encourage leaders worldwide to install solar on public buildings. In 2011, the Maldives partnered with Sungevity to install solar on the Muliaage, the Presidential palace of the Maldives. This was the first country to put solar on the head of state’s home, followed in 2014 by the US President Barack Obama at The White House. It was also the first act of a pioneering commitment to power the Maldives on 100 percent renewable energy.

Unfortunately, Saint Lucia and the Maldives have taken quite different directions since then. A coup that ousted the only ever democratically elected leader of the Maldives also ended the nation’s renewable energy ambitions.

OPINION: Climate change and the right to food

The Maldives government has continued to call for carbon reductions by larger economies while starting to drill for oil and stopping the national renewable energy programme. Environmental groups have pointed out the hypocrisy of the government’s position.

Meanwhile, Saint Lucia is putting its money where its mouth is and leading on renewable energy. The installation on Government House is symbolic of a commitment that next will see a 3MW solar project built, which will provide 5 percent of the island’s electricity needs and get it well on the way to its sustainable future.

Island communities are innovative and can make the most of scarce resources while having a global impact.

By committing to solar through this small installation on Government House, Saint Lucia’s political leaders are affirming their longer-term goals of a renewable future.

Island leaders around the world are standing up and demonstrating that the solutions for climate change are readily available. Now the rest of the world needs to follow.

Mohamed Nasheed was the first democratically elected President of the Maldives and is now a figurehead for human rights, democracy and climate change.

Danny Kennedy is a leading clean energy entrepreneur, co-founder of the global solar company Sungevity and adviser to the nonprofit Solar Head of State. 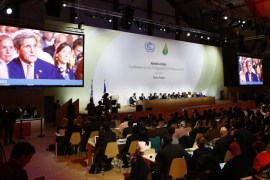 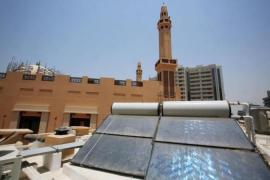