When it comes to Syria it is easy to despair and hard to find solutions. The failure of the second US-Russian attempt at a ceasefire came a lot quicker than the first and was perhaps best symbolised by the images of the remains of 18 aid trucks burning just north of Aleppo.

As all the main powers in the conflict blamed each other, the United Nations announced that it would be suspending its supply of aid to the country. As ever, civilians continue to carry the burden of the failure of political actors in what Samer Abboud calls in his new book “Syria” the “civilianisation of violence” in the conflict.

While the loss of face to Washington and Moscow may result in a fudge to save a semblance of respect over the failure of the ceasefire, the reality is that more radical ideas over what needs to happen in Syria should be put into play.

The long debate about “safe zones” in Syria has been made somewhat defunct by Turkey’s Operation: Euphrates Shield.

While this was ostentatiously concerned with going after the Islamic State of Iraq and the Levant (ISIL) group, Anakara’s fears over the advance of Syria’s Kurds saw them take large amounts of territory in the north of the country. President Recep Tayyip Erdogan said this week that they have already secured 900 sq km and “may extend this area to 5,000 sq km as part of a safe zone”.

Whatever the rights, wrongs and interesting legal questions that surround Turkey’s manoeuvres, could it be adopted by other actors to finally create an area in which fleeing Syrian civilians would be safe from harm?

Whatever the rights, wrongs and interesting legal questions that surround Turkey's manoeuvres could it be adopted by other actors to finally create an area in which fleeing Syrian civilians would be safe from harm?

The need to prioritise civilian protection in Syria could form the basis of a serious discussion about the UN’s role in the country. Before the failure of the ceasefire and its suspension of aid, the UN had been under increasing pressure to explain the imbalance of where its agencies were delivering aid.

In June, the Syria Campaign accused the UN of delivering 99 percent of its aid to government-controlled territories, and called on it to “restore its impartiality”.

A wider audit of the UN’s approach to the politics of aid in a conflict dominated by the civilianisation of violence is long overdue. This should recognise that aid is being used as a weapon and a source of income.

As a recent European Council on Foreign Relations report explained, the “supply of humanitarian aid to besieged areas is a particularly important source of revenue for militias and their business cronies, who use their presence on the ground to oversee or block the distribution of goods”.

Also as a largely symbolic, but nevertheless important, part of this audit, the UN should make good on promises to deliver aid from the air to besieged communities.

Following the attacks on the aid convoy in Aleppo, Stephen O’Brien, the UN’s emergency relief coordinator, said: “Let me be clear: if this callous attack is found to be a deliberate targeting of humanitarians, it would amount to a war crime.”

Notions and norms of international law seem to have vanished when it comes to the Syria conflict, with ramifications that go beyond the war itself. Amal Clooney sprinkled some high-profile stardust on the role of law in Syria this week when she said that “if there is a prosecution of President Assad, I’d be delighted to work on it”.

Following the destructions of schools, hospitals, and bakeries by weapons of all sorts, there needs to be some sense from the international community that accountability still exists and we have not slipped back into the law of the jungle.

The case of this week’s UN convoy is as good a starting point as any. The International Committee of the Red Cross described it as an “attack on humanity” and if a greater good could come of it, it would be a testament to the aid workers who died in the attack.

So what needs to be done? The protection of Syrian civilians, giving them access to desperately needed humanitarian aid and ensuring accountability for crimes committed in war.

Where there is a will, there is a way and the failure of the latest ceasefire is nothing but a test of the international community’s will. 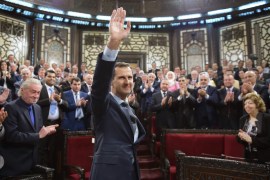 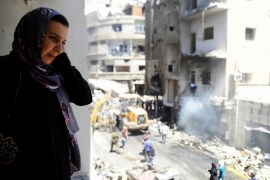