The Federally Administered Tribal Areas (FATA) of Pakistan is one of the most notorious places on Earth. In particular, the North and South Waziristan tribal areas are infamous as epicentres of global terrorism and as the arena for the first drone-conducted war.

Scant attention has been paid to the people of FATA. When the spotlight has been shone on them, the tribespeople have usually been cast either as terrorist facilitators or victims of an illegal covert war waged by the United States.

Either way, they have largely been portrayed as extras in a geopolitical theatre produced from afar, depriving some 4.5 million people of their humanity at a time when they most needed sympathy and understanding.

The many uprooted tribespeople I have spoken to since the Pakistan Taliban uprising in FATA in 2007 have voiced the same heartbreak, practically word for word, when talking about their plight and the Pakistani government’s lukewarm response to it: “Tell us what you want. If you want us to sacrifice our lives, we will happily do so. But at least tell us why.”

They have every reason to be confused. Within a single lifetime, the tribesmen of FATA have been portrayed first as brave warriors resisting the Soviet occupation of Afghanistan and subsequently as minions of al-Qaeda.

The implication is that they turned bad whereas they merely continued to pursue their centuries-old tribal lifestyle. Isolated and for the most part illiterate, they were simply ignorant of the “Great Game” and, as far as they knew, jihad was still a good thing.

By the time they realised matters had changed drastically, they were caught between “the Taliban on one side, the army on the other, and drones above”, according to a joke that became popular among tribesmen in South Waziristan when it was besieged by the army for three years leading up to the 2009 military operation there.

Within a single lifetime, the tribesmen of FATA have been portrayed first as brave warriors resisting the Soviet occupation of Afghanistan and subsequently as minions of al-Qaeda.

It was anything but a laughing matter. At the height of the conflict in 2009, some three million people were displaced, but conditions at the camps established for them by the government were terrible.

Many refugees found temporary shelter with relatives, but most had to rent accommodation. Their resources, emotional and financial, were drained by years of uncertainty as the conflict in FATA dragged out.

According to varying surveys, 20-30 percent have given up altogether, sold their property and permanently migrated to urban centres in adjacent Khyber-Pakhtunkhwa province, or to Islamabad, the capital, and the port city of Karachi.

Pakistan’s counterterrorism campaign in FATA has now drawn to a conclusion, following the expulsion of insurgents from North Waziristan and Khyber tribal areas, and the government is eager to resettle the displaced tribespeople.

That is proving difficult because of the devastation caused by the conflict. With the Taliban controlling the ground, the military could gain access only by pounding towns and villages with aerially delivered bombs and artillery shells.

Most homes and businesses were thus destroyed. The government does not have the money to fund reconstruction on such a vast scale and the compensation it is offering to tribespeople to encourage their return to FATA is more of a gesture than a solution.

Obviously, the deep sense of victimisation felt by the people of FATA represents a huge challenge for the government. If allowed to fester further, it will increase the number of tribespeople who leave FATA for good, creating a vacuum that the Taliban fighters regrouped on the other side of the Afghan border will keep trying to fill.

Similarly, the fighters will seek to exploit the resentment and poverty of tribesmen who do return. The danger, therefore, is that Pakistan could lose the peace after winning the war.

The solution lies in the political enfranchisement of the people of FATA. Unlike other Pakistanis, they do not enjoy constitutional rights. Instead, they are governed by a set of regulations introduced by the British colonial regime of India in 1901, the primary goal of which was to establish FATA as a buffer with Afghanistan and to prevent encroachment by the imperial Russian empire.

Under those regulations, resident tribes are collectively responsible for any crimes against the state and subject to harsh means of punishment such as destruction of property.

The government has recently decided the time has come to make FATA an integral part of Pakistan. The commission that has drawn up proposals for making that happen has rightly concluded that FATA should either be merged with Khyber-Pakhtunkhwa province or be made a separate province.

Unfortunately, there is considerable resistance to the idea from those who have benefited from the financial and political patronage of the existing system, including some tribal chieftains and cleric-politicians. Another colonial era complication is that Afghanistan does not recognise the border with Pakistan.

It would be refreshing if Pakistan’s government were to prioritise the welfare of the tribespeople over cynical politics. The granting of full constitutional rights would, for many FATA residents, be satisfactory reward for their years of sacrifice and suffering. Procrastination, on the other hand, could have dire consequences. 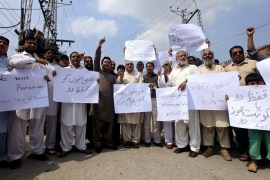 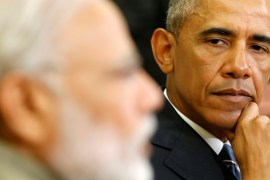