The recent announcement by the Nusra Front that it was splitting from al-Qaeda has been widely touted as a bid to avoid further air strikes by Russia and the United States-led coalition.

However, as desirable as that may be for the Syrian rebel group – now renamed Jabhat Fath al-Sham – that is unlikely to be its motivation.

The manner in which it announced the split, and al-Qaeda’s reaction to it, does not suggest an attempt to woo Washington or Moscow.

There is to be no change in the group’s ideology, and al-Qaeda has given the split its blessing. As such, this is no acrimonious divorce, but a strategic and amicable de-coupling, one that would have been carefully coordinated by both parties.

Changing circumstances on the ground

Unsurprisingly, both the US and Russia have dismissed the move as cosmetic – which it is – and said air strikes will continue. To think that either country would respond positively would display a level of naivety uncharacteristic of either group.

The split is more likely to be linked to recurring reports dating as far back as early last year, several months before Russian air strikes began.

Those reports cited various sources as saying Gulf countries were trying to entice the Nusra Front to split from al-Qaeda – against which they are fighting in Yemen – with offers of support if it did so.

This apparently caused divisions within the Nusra Front, but they are likely to have dissipated as circumstances on the ground have changed dramatically since early last year.

Until Russia’s direct intervention in the Syrian conflict in September last year, 2015 was characterised by a series of rebel victories, such that there were widespread predictions that the regime’s days were numbered.

That fear was what prompted Russia’s involvement, whose air power was coupled with an increase in Iranian, Hezbollah and other foreign pro-Damascus forces.

Given that Jabhat Fath al-Sham is facing various air and ground forces under much more difficult circumstances than what existed last year, a tactical decision to split from al-Qaeda and thereby invite potentially vital regional support makes much more sense now than it would have in the past.

Since then, the regime is no longer in existential danger, and has made significant gains, the latest of which was its complete siege of rebel-held parts of Aleppo.

A full recapture of the city would represent a serious – many say fatal – setback for the rebels, who are mounting a major counter-offensive that, at the time of writing, has managed to break the siege.

Jabhat Fath al-Sham is among those groups and is sure to face renewed efforts by the regime and its allies to reimpose the siege.

OPINION: The rebranding of the Nusra Front

Given that Jabhat Fath al-Sham is facing various air and ground forces under much more difficult circumstances than what existed last year, a tactical decision to split from al-Qaeda and thereby invite potentially vital regional support makes much more sense now than it would have in the past.

It is thus unlikely to be a coincidence that the announcement of the split came amid the intensification of fighting in and around Aleppo.

Russian and American statements that air strikes against Jabhat Fath al-Sham will continue are unsurprising.

However, that may be something of a blessing for the group. The thinking in the Kremlin and the White House regarding air strikes is not limited to weakening it directly.

Their other aims include dissuading other rebel groups from fighting alongside it so as to avoid being in the firing line, and encouraging Syrians in territory held by Jabhat Fath al-Sham to openly reject its rule, not least to avoid becoming “collateral damage”.

That strategy had, until now, been partially successful and added to local pressure faced by the Nusra Front during the last ceasefire earlier this year, when it tried to put down pro-democracy protests against it – and the regime – by Syrians under its rule.

However, regime advances – particularly in and around Aleppo – have heightened a sense of urgency among opposition groups, who fear that the rebellion itself is in peril and that they must coordinate – or at least not fight each other – in order to save it.

As Jabhat Fath al-Sham is one of the most powerful anti-regime ground forces, this sense of peril plays into its hands as other groups, Syrians and regional governments opposed to the regime may be willing to accommodate it – if not work with it – to thwart the defeat of the revolution. They may not like Jabhat Fath al-Sham, but for now, they may not be able to do without it.

In any case, Russia has curried no favour with other rebel groups by relentlessly and primarily bombing them, so a closing of ranks may be seen as the wisest option.

Attempts by Damascus and its allies to crush the revolution once and for all may be providing a lifeline to Jabhat Fath al-Sham rather than a noose around its neck. 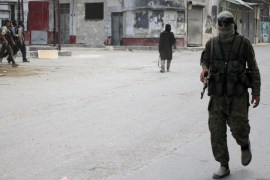 A new conception of Jihad may emerge from the infighting within al-Qaeda and affiliated groups. 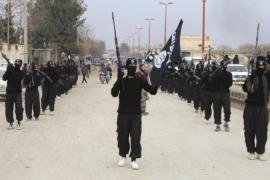