Last week marked the first time senior officials from the Association of South East Asian Nations (ASEAN) met after the landmark ruling by the Permanent Court of Arbitration (PCA) in The Hague on the South China Sea.

The ruling awarded to the Philippines earlier this month, has been roundly viewed as a rebuke on China’s expansionist claims in the South China Sea and upends any legal standing to its ambiguous reference to the so-called “nine-dash line“, which encompasses most of the critical waterway.

Despite this, ASEAN lacks consensus on a way forward following the PCA decision due to divisions within the group and fear that a signalling of support to the Court’s ruling would undermine Beijing’s significant financial ties to the region.

The result was a hung jury during the drafting of a communique regarding tensions in the South China Sea, with Beijing’s domineering influence looming over the decision-making of poorer states in ASEAN, such as Cambodia and Laos.

Not to be discussed

At last week’s summit in Laos, Phnom Penh effectively blocked any reference to PCA ruling in the communique released by ASEAN foreign ministers, claiming it did not want to interfere in a territorial dispute between foreign powers.

Cambodia also refused to allow and reference to the militarisation of many of the reclaimed maritime features in the South China Sea, a process already being undertaken by China.

The decision was neither surprising nor genuine – as Cambodia has played the role of spoiler before on South China Sea issues due to its strong dependence on Chinese financial aid.

When Cambodia chaired ASEAN in 2012, it railroaded any meaningful statement on the South China Sea.

OPINION: Why China cares about the South China Sea

Cambodia’s stubborn approach to the issues notwithstanding, the fact that the foreign ministers of ASEAN could not agree on any reference to the PCA decision is deeply disappointing and continues to call into question the effectiveness of the organisation on dealing with political-security matters.

There are also geopolitical dynamics impacting the weakening of a united ASEAN approach towards mitigating conflict in the South China Sea.

The election earlier this year of Rodrigo Duterte in the Philippines has changed the tone of relations between two of the principal disputants – Manila and Beijing – and has opened the possibility of bilateral negotiations to resolve the row between the two sides.

Manila was magnanimous after losing its fight – along with Vietnam and others in ASEAN – to include reference to the PCA decision noting that the issue of the arbitral award is a “bilateral one between China and the Philippines” and it would be wrong to view the communiqué in zero-sum terms.

In truth, the idea of bilateral negotiations between the Philippines and China is not – by its nature – a bad choice.

The concern remains, however, that Beijing will leverage positive messaging from Duterte and may look to expose Manila’s softening on the arbitration ruling.

The silver lining to the lack of a concrete statement on the South China Sea is that it does provide Beijing with a desperately needed “face-saving” moment after the crushing blow delivered by the PCA earlier last month.

Thus, while Beijing will trumpet its diplomatic victory in avoiding reference to the ruling, it also provides domestic camouflage and buys more political space that may potentially preclude more adversarial moves in retaliation – such as further land reclamation activities, militarisation and/or a unilateral declaration of an air defence identification zone (ADIZ) in the South China Sea.

In the long-term, however, a divided ASEAN is not worth a face-saving moment for China, aimed at potentially defusing tensions.

OPINION: ASEAN unity and the threat of Chinese expansion

One of the more disappointing takeaways from the lack of unity is that it plays into Beijing’s hands with regard to the role of so-called “outside parties” – most notably the United States and its regional allies, led by Japan and Australia.

China has accusedthe US and its allies of “fanning the flames” by its active involvement in the maritime dispute, highlighted by freedom of navigation operations and stronger military links with states in the region that oppose Chinese claims.

Indeed, the largest causality of the weak ASEAN statement is the integrity and adherence to international law in the maritime domain – a point that has been stressed on repeated occasions in Washington, Tokyo and Canberra – along with many capitals in ASEAN.

Beijing has essentially been able to thumb its nose at the PCA decision as non-binding and insignificant, with no rebuke or counterattack from the states most intimately involved in the dispute. 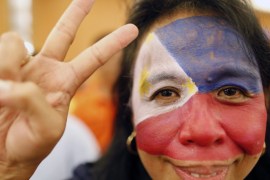 Philippines wins trial of the century

The Hague ruling is binding and final, so China can comply or be branded as an outlaw in the region.