As Moscow continues its aggressive behaviour towards Eastern Europe and expands its air campaign in support of President Bashar al-Assad in Syria, its ability to use its status as a Eurasian power to advance its foreign policy goals in these regions has gone virtually unnoticed by Western policymakers.

Russian President Vladimir Putin has leveraged Russian influence in one region to advance its interests in another. Three recent actions best demonstrate this.

Cruise missiles and the Caspian

The first demonstrator of such leverage is Russia’s use of the Caspian Sea for its operations in Syria. The Caspian Sea sits on a crucial crossroads located at the heart of the Eurasian continent and throughout history has had an important geopolitical significance for Russia.

Over the past several months Russian ships forming part of the Caspian Flotilla have fired dozens of cruise missiles hitting targets 1,500km away in Syria. Moscow chose the Caspian for these launches even though alternative sites much closer to Syria are available.

So why would Russia go through the extra trouble of launching from the Caspian? In reality, Russia’s use of the Caspian had very little to do with Syria itself and a lot to do with Russia’s role in the region.

These strikes proved to the other countries around the Caspian – a sea whose legal status and ownership of resources is disputed – that Russia is the dominant military power.

Also it allowed Russia to test both the cruise missiles and the corvette from which they were fired in a real-life combat setting.

Russia knows that it is easier to export “combat-tested” equipment and Moscow is eager to export both to boost its defence industry.

Second demonstrator was the recent announcement that Russia is using bases in Iran to carry out air strikes in Syria.

From strictly a military point of view this makes perfect sense. In the past, Russian bombers made the journey to Syria all the way from bases in the North Caucasus.

The extra fuel needed to make the long return trip meant that the planes carried fewer bombs. Using the Iranian airbase at Hamadan allows Russian bombers to be significantly closer to targets in Syria. This means more sorties and more bombs that can be dropped.

To the average Western observer, Russia's recent actions in the Caspian, Iran or its CSTO military exercise are viewed as three different and unrelated things. For Putin, Russia's actions in these three regions are parts of an interconnected and deliberate grand strategy.

But more than that, Moscow and Tehran are sending a strong signal to Washington and the Arab Sunni world about their place in the ongoing competition for power and influence in the Middle East.

While the Russian use of the airbase may be temporary, it should be recognised as part of a long-term effort to promote a Moscow-Tehran-Damascus agenda in the Middle East.

The CSTO is a Moscow-led collective security organisation that includes Kazakhstan, Armenia, Belarus, Kyrgyzstan, and Tajikistan.

The fact that the CSTO held a major military exercise is nothing new. What is noteworthy, however, is that the exercise took place in Russia’s Pskov oblast, which borders NATO members Estonia and Latvia.

This CSTO training exercise indicates a number of things about Moscow’s influence in the former Soviet Union.

It is telling that Russia was able to get troops from Kazakhstan, Armenia, Belarus, Kyrgyzstan, and Tajikistan to participate in war games so close to NATO’s border. Especially for a country like Kazakhstan which itself has concerns about Moscow meddling in the northern part of the country where many ethnic Russians live.

What do these three recent events tell us about Russian foreign policy?

To the average Western observer, Russia’s recent actions in the Caspian, Iran or its CSTO military exercise are viewed as three different and unrelated things. For Putin, Russia’s actions in these three regions are parts of an interconnected and deliberate grand strategy.

Notwithstanding the possible violation of UN Security Council 2231 over Russia’s use of bases in Iran, there is nothing to suggest that any of these three actions were wrong.

Indeed, the United States and NATO do similar things. The US and its allies use air bases in the region to strike targets in Syria. And NATO holds exercises not far from Russia’s borders. As they say, imitation is the sincerest form of flattery.

It is when you place Russia’s recent activities into a larger context of regional aggression – such as in Ukraine – that there is cause for concern. 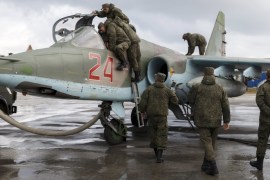 The fighter jets took off from western Iran and conducted air strikes in Aleppo, Idlib and Deir el-Zor provinces. 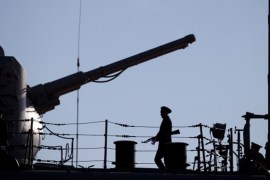