Abdullah went as far as saying that Ghani consistently engages in “lecturing”, has no time for discussions with the chief executive, and does not even accord his ministers time to express themselves.

In return, Ghani rebuked Abdullah by issuing a statement saying that the chief executive’s remarks “are not in line with the standard and spirit of governance”.

But Abdullah’s most stinging criticism targeted Ghani’s trampling of the political accord, brokered by the United States and the United Nations in September 2014, which paved the way for the formation of the unity government following an inconclusive election mired in fraud and irregularities.

Abdullah said that he hoped to meet the president by the end of this week to present his views to him in person. On August 16, the president’s office indicated that the accord is being reviewed.

On August 15, at a large gathering of political allies, Abdullah apologised to his supporters for not keeping them in the loop, and pledged to consult them as part of a “new phase” in the life of the unity government. He reiterated his demand for the full implementation of the 2014 accords.

He said that he is fully committed to good governance and anti-corruption, and threatened to go public with “corruption files that are tied to the international mafia” and corrupt business dealings by “relatives of government higher-ups”.

While Abdullah has stressed that he is in favour of talks and a harmonious resolution of the matters that have hampered the work of government, including the ongoing armed conflict by the Taliban in various parts of the country, many Afghan pundits believe that the US’ efforts in 2014 to broker a deal to end the electoral crisis, which averted a prolonged crisis, did not go far enough in defining the roles and scope of authority of the two presidential contenders.

The Ghani camp took advantage of the loopholes and engaged in gradually sidelining Abdullah, going as a far as curbing what should have constituted the executive authority attached to his position.

Meanwhile, Abdullah claims that out of good faith he avoided reacting strongly, hoping that his soft approach would yield satisfactory results. But, at the cost of losing political capital, his partnership turned into a dysfunctional and ineffective relationship.

Over the past few days though, Abdullah has been able to rally his base and pledge to work towards the group’s original demands and reform agenda.

High on his list are electoral reforms, issuing national identification cards, preparing for local elections and eventually calling for a Loya Jirga – grand assembly – to decide on constitutional changes and the possible creation of a prime ministerial post.

Influential actors and sense of responsibility

However, Ghani, whose support base has also experienced serious shrinkage over the past two years, is counting on the powers accorded to him in the constitution – drafted exclusively to empower his predecessor Hamid Karzai – and to some extent on the goodwill of Western nations, to back him in his behind-the-scenes attempts to marginalise Abdullah.

On August 15, when pressed by reporters, the US State Department spokesman was reluctant to comment on the Kabul discords, but admitted that “there’s a lot of work to be done … as the US remains in close touch” with the Afghan sides.

As the two sides arrange to meet, this is not the time for one-upmanship or the time to engage in self-serving spoiler politics to take advantage of the current tensions for short-term gain.

The lack of donor clarity, or perception thereof, over the past two years, has sent a misleading signal to the Ghani camp that Western donors are not particularly worried that the sidelining of Abdullah and the voter constituencies he represents across the country will affect Afghan stability.

Whether true or not, the Afghan public in general thinks that Western donors failed to use their leverage to stress on the implementation of the accord and substantive reforms, implicitly encouraging a gradual power grab by circles close to the president, who lack the political pull at the national level necessary to assure stability.

As the crisis deepens, it will be critical for the US, UN and others to take a clear stance in favour of stability, democracy and inclusivity, assured through the pledges made in 2014 and a national reform agenda that ought to be the product of consultations and joint efforts. Any review of the accord also needs to be inclusive and consultative in nature.

Many Abdullah supporters still believe that after winning the first round of elections in 2014, their candidate became the victim of a massive fraud that was partly instigated by election officials affiliated to Karzai and that favoured Ghani.

Afghan political elites, some of whom are still beholden to Karzai’s patronage network, independent and influential figures, fractured former Mujahedeen affiliations, parliamentarians and younger civil society groupings, also have a role to play, and need to adopt a responsible stand in favour of viable reforms and a harmonious resolution of outstanding issues through a consultative process between the two NUG teams.

As the two sides arrange to meet, this is not the time for one-upmanship or the time to engage in self-serving spoiler politics to take advantage of the current tensions for short-term gain. Neither is it smart politics to avoid talking and to ignore any side that has legitimate qualms or ideas to share.

Such an approach will not solve the problem and is viewed as an un-Afghan way of treating such matters, leading to new and more serious grievances down the road.

There is a dire need for statesmanship, a visionary and honest leadership, and a balanced and inclusive partnership.

Anything short of that will be detrimental to Afghan stability and effective governance that require the backing of a majority of the Afghan people and international donors.

Omar Samad is a former Afghan Ambassador to France, Canada, EU and NATO, and worked as an adviser to Afghanistan’s chief executive before his resignation in December 2015. Currently, he is the CEO of Silkroad Consulting. 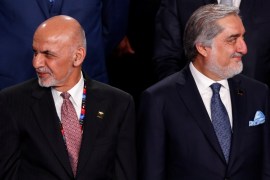 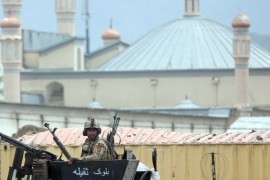