“You are something to behold!” I called Abbas Kiarostami the day after I arrived in Tehran in the summer of 1997 to tell him I had just landed.

“How long have you been away from Iran?” he asked on the phone.

“Almost 20 years,” I responded abashedly. “Oh Lord, you are something to behold.”

The moment we hear the news of the passing of a giant whom we knew at the time of his glorious achievements, time stands still, memories flood and overwhelm, words, pictures, feelings, phrases, glances, and snapshots of a lifetime come together like a collage, a kaleidoscope, in which you cannot tell if you are a spectator or the spectacle.

Last time I had this feeling was when Edward Said died. The full sense of incredulity is lessened with the dawning sense of unexpected loss and, moreover, the overwhelming recognition of the voluminous space occupied by another life adjacent to yours and yet so definitive of it.

I have known, seen, shown, taught, written on, analysed, synthesised, and theorised Abbas Kiarostami’s cinema into the very fabric of my own sense of aesthetic sublimity and critical thinking.

A long, happy, and fruitful career

“What are you making next?” I asked him once in New York when we sat for lunch with our mutual friend Richard Pena, at the time the programme director of the Film Society of Lincoln Center.

READ MORE: The Arab, the Iranian, the revolutionary

“I am making a film on something E M Cioran once said: ‘Were it not for the possibility of suicide I would have killed myself a long time ago,'” Kiarostami said, staring at me from behind his dark glasses. He was making Taste of Cherry (1997).

Born and raised in Iran during World War II, Abbas Kiarostami (1940-2016) was the product of the liveliest period in Iranian artistic creativity.

The rise of Iranian New Wave in the 1960s was rooted in the effervescent history of modernist Persian poetry and fiction of the previous three decades.

His first exquisite short film, The Bread and Alley (1970), announced the birth of a visionary filmmaker tapping into a wholly different reading of reality.

Kiarostami lived a professionally successful and productive life and received richly deserved global recognition.  When he won the landmark Palme d’Or at the Cannes Film Festival for Taste of Cherry in 1997, he had almost three decades of spectacular masterpieces behind him.

By the end of his life, he had become a force of nature, trying his hand at poetry and photography, directing European operas, and experimenting with video installations.

His Koker Trilogy (1987-1994) permanently placed him in the pantheon of world masters with a unique and uncompromising mode of “actual” (as opposed to virtual) realism, through a cinematic technique I have called “factasy” (a mutation of fact and fantasy, inaugurated by the founding mother of Iranian cinema Forough Farrokhzad) in her House is Black (1962).

It was in his Close Up (1990), however, that Kiarostami left students of world cinema with a masterpiece to behold and wonder at for generations to come.

After his global celebration as a master filmmaker, art connoisseurs began to notice his other gifts.

By the end of his life, he had become a force of nature, trying his hand at poetry and photography, directing European operas, and experimenting with video installations.

His latest films were shot in Africa, in Europe, and in Japan. He became the harbinger of a post-national cinema from the heart of his mastery of his own national cinema.

Kiarostami had a distanced, judicious, and characteristically cool relationship with politics.

As his cinema explored the deepest layers of our perception of reality and how to alter it, he remained mostly (but not entirely) aloof to the tumultuous politics of his homeland.

But we must keep in mind that one of the most political Iranian filmmakers of our time, his protege Jafar Panahi, made some of his best and most successful films based on Kiarostami’s scripts.

Kiarostami was the master of long shots and long takes. When teaching his work, I usually tell my students only half jokingly to compare his cinema with that of Oliver Stone and mention his Any Given Sunday, in which you see an editing rate of five cuts per second.

In the case of Kiarostami, he places his camera somewhere he likes, gently says “Action” under his breath, goes home, takes a nap, comes back and says, “Cut!”

Done with the patience of a Sufi master with an eternity as his frame of reference, his long shots/long takes dwell on a vision of reality long enough to strip it of all its pretenses of meaning. Once the absolutism of reality (as the German philosopher Hans Blumenberg would call it) begins to ooze out of our received conceptions of what is real Kiarostami gently leads what remains into a whole new world of significance. His camera made the foreign familiar by making the familiar foreign.

A luminous light that sparkled like a shimmering sunrise off the coast of the deepest layers of Iranian art and poetry, Kiarostami was a prophetic visionary of the sort that Iranian culture has produced only a handful to grace its pride of place in its contemporary history. Not that many of those masters are left behind: Kamran Shirdel, Bahram Beizai and Amir Naderi are now the living custodians of that national treasure that defines Iran for what it is.

As fate would have it, I heard the news of Kiarostami’s passing as I was reading Ramin Bahrani’s script for his newest film in progress, his take on Ray Bradbury’s classic Fahrenheit 451, throwing his gauntlet at Francois Truffaut’s signature take on it.

I remember the day Bahrani had screened his Chop Shop (2007) in Cannes, which Kiarostami had attended. Soon after the film had ended Kiarostami gave him a big hug for the whole world to see. I remember Ramin called me from Cannes soon after that hug.

I don’t think so. With that hug and many more loving memories of Kiarostami left with his immediate and distant proteges, he has left so many hidden cameras in the darkest corners of our soul.

Rest in peace, maestro! We will dearly miss you Abbas Jaan! 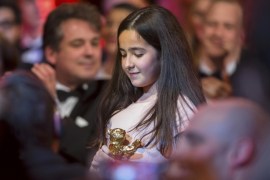 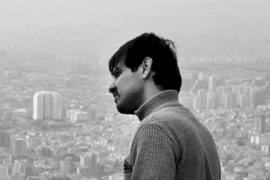 Akhmatova, Mayakovsky, Keywan Karimi and me

The sheer vulgarity of flogging a young film-maker for making films in Iran.