Pakistan’s first woman who became a social media sensation because of her sexually provocative videos and flirtatious messages to athletes, Qandeel Baloch was strangled by her brother at home on July 15. She hailed from a working-class rural family in the Punjab province.

On March 1, 2015, Baloch put up a post on her Facebook page which criticised the two-time Oscar Award winner Sharmeen Obaid-Chinoy on her short feature about honour killings.

Baloch posted the image with text and Chinoy’s post and wrote: “‘I #protest’ #Qandeel Baloch”. It is safe to say that out of the 907 comments on this post most were just vicious insults and directed at Baloch, for instance one being “It is because of women like you that males get tempted and rape women.”

This was in response to a post which was more in line with the right-wing nationalist politics of many who had openly criticised Chinoy for her work, and yet Baloch got a stream of abuse, most of which cannot be quoted here.

People who interacted on social media thrived on insulting the woman who resisted the codes of moral propriety dictated to women.

Another comment by a woman of Pakistani background living in the United Kingdom on a post of Baloch dancing was this: “Someone really needs to shoot her. So many Muslims die. I wish someone decides to blast you … you are a shame to Muslims and Islam.”

Little did Baloch and those who aggressively hated her know, she would become of those “honour killings”.

One of her posts where she asked how many people wanted to marry her, at the time of writing, this comment had 4516 likes and 608 responses: “I am looking for a match for my dog … Reasonable proposal for my dog.”

Not the first, nor the last

Much has been said articulately about honour killings and much more needs to be done to address the issue of violence against women in Pakistan.

In recent years, the access to internet, mobile technology and social media usage has added to gender-based violence in the country.

The online world has not only provided a platform for malicious aggression to young men learning the ropes of misogyny through anonymity, but also to religious bigots.

If a man cannot physically kill a woman because he is offended by her assertions online, the least he can do is to insult her or send a tweet with a rape threat to her.

A month before Baloch was murdered, a controversial extremist religious organisation, Shuhda Foundation of the Red Mosque, Islamabad, had sent an email to journalists notifying them that they had submitted an application to their area police station for the registration of blasphemy and a terrorist case against an atheist female blogger named Saima.

An image of the blogger and a screenshot of her allegedly blasphemous comment were attached to the email – usually only a press release is attached, to ensure she could be identified.

By then Saima had deleted all of her posts which could be considered blasphemous and posted an admission that she is a true follower of Islam.

Her visible posts and photos received death threats from men. Two Facebook pages, Online Quran Academy and another, Dawat Tabligh-o-Jihad (Invitation for Proselytizing and Jihad), had posts asking users about her address so that she could be dealt with.

A woman Facebook user shared Saima’s complete contact details on both threads. While the blasphemy case application is still pending, despite apologetic posts, the blogger had to deactivate her account, move cities and go into hiding.

The spokesperson of the religious organisation told me they had been monitoring Saima’s activity for more than a year.

Forced to be ‘careful’

Online expressions of dissent are not just policed by men who cannot help their misogyny and find excuses for attacking women – the Pakistani state has set precedents by banning websites of religious and ethnic minorities and attempting to pass legislation that snub free expression.

Despite a world of difference between online expression among publicly vocal women, the nature of hate they get is the same.

If a man cannot physically kill a woman because he is offended by her assertions online, the least he can do is to insult her or send a tweet with a rape threat to her.

However, in Pakistan the perpetrators of online violence are multiple. There have been cases of organised cyber harassment and violence also.

In April 2015, after the assassination of Sabeen Mahmud, a known Pakistani activist, I tweeted my anger.

For three days the tweet did not attract any backlash, but the day friends of Mahmud and I gathered to protest against her loss, a vicious onslaught of rape and death threats came my way.

The (false) assumption was that I had insulted the Pakistani military and intelligence agencies. The barrage of hate was later transferred to Facebook with my face plastered on the fan pages of Pakistani armed forces and top intelligence agency, the Inter-Services Intelligence (ISI).

I registered complaints with international rights organisations with the help of friends but the only way to stop the attacks was to go offline for a while.

Deactivating helped but since then I have become “careful” about what I say and how much I say.

In other words, I like many others practise a form of self-censorship. As not appearing “proper” in public can have ramifications. 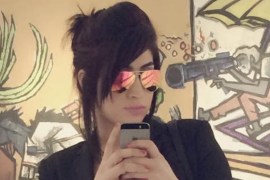 Qandeel Baloch found dead in family home after being asphyxiated by her unrepentant brother. 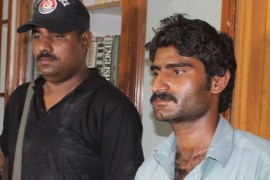 The practice of “forgiving” allows many honour killings to go unpunished in Pakistan.